Links to watch each studio's live stream will be added to this page at 10:00 a.m., once the review has begun. Each review will be broken up into three sessions:

In an effort to provide badly needed off-campus housing to a student population that continues to grow, the West Campus neighborhood has witnessed an explosion of development in the past seven years. Driven in large part by developer and policy-driven strategies foregrounding densification, the rapid revamping of West Campus has so far precluded any kind of plan that might have considered the inclusion of more collectively driven concerns as public space and parks. This studio is intended to introduce you to many of the challenges and issues architecture confronts when it operates at the scale of the city, using West Campus as our laboratory.

In an effort to provide badly needed off-campus housing to a student population that continues to grow, the West Campus neighborhood has witnessed an explosion of development in the past seven years. Driven in large part by developer and policy-driven strategies foregrounding densification, the rapid revamping of West Campus has so far precluded any kind of plan that might have considered the inclusion of more collectively driven concerns as public space and parks. This studio is intended to introduce you to many of the challenges and issues architecture confronts when it operates at the scale of the city, using West Campus as our laboratory.

The Ancient Greeks relegated survival, subsistence, and bodily needs to the private domain; participation in public life assumed that the master’s needs were taken care of by the master’s household of women and slaves. The public realm was human, the private sphere animal and marked by deprivation. The politics of difference and exclusion have always had spatial ramifications. In our current public life, the private realm of social reproduction is more than ever the subject of political power. Access to equitable and affordable healthcare is not only an ethical and epidemiological issue, but one that implicates space and territory. This studio will examine current and historic cases in which a regime of difference was/is created with respect to medical care. We will imagine a potential history, speculative future, and a possible present for these medical controversies in the form of new institutes for care and healing.

This studio uses a Public Interest Design approach to help students achieve a greater understanding of the needs of the communities in which they work. This semester’s client is Ecology Action, an Austin nonprofit that focuses on landfill and waste stream issues, both in our city and society at large. Ecology Action owns a ten-acre property in East Austin, formerly used as an old quarry and later a waste dump. Ecology Action’s current work there focuses on transforming the contaminated brownfield site into an ecologically viable habitat and community resource. Students will learn about the site and its history of abuse, and support Ecology Action with their master plan goals and environmental education efforts, culminating in the design and build of an outdoor classroom.

While the studio aims to execute the technical aspects of the design sequence, a true comprehensive project will question the role interior design plays in the improvement of the built environment. A close examination of the existing building will incorporate concepts of Historic Preservation, Restoration, Adaptive Reuse, Revitalization and “Pavilion Architecture” - that is, Outdoor Spaces as Interior Rooms. The main project will address the planning and development of a new transportation hub in Austin, TX. The project will examine the possibility for transit hubs to positively engage communities by providing public amenities beyond retail; more cross-disciplinary collaboration, more activism, and more community engagement. The present moment in history affords us a remarkable opportunity to move beyond​ what is known​ and speculate on ​what should be​.

This semester’s studio project will focus on the “Small Tower” type and its architectural possibilities. Within the constraints of structure, circulation, and envelope, this type offers a variety of spatial possibilities, taking advantage of both its vertical walkability and hybrid program. The “Austin Forum for the Arts” will provide the programmatic vehicle for this ambition. Built around a new artists’ residency program as a projected expansion of the Contemporary Austin, the facility will foster an exchange between urban life, art creation, exhibition, and education. With its divided presence between the Jones Center and at the Laguna Gloria, including an arts school and a sculpture park, the Contemporary Austin is a unique institution that successfully navigates a fine line between a unified institutional presence and a multifaceted engagement with the city of Austin.

Landscapes are in a constant state of becoming, made of living materials and shaped by human and nonhuman forces. This studio will speculate on the potential of centering human actions of caretaking, alongside the dynamics of landscape materials and site, toward more just and more ecological futures. Our focus for the semester will be the urban fabric of Dallas and its position within the Blackland Prairie ecoregion. As a part of the Green New Deal Superstudio, we will explore the potential to address the core goals of jobs, justice, and decarbonization, while engaging the specific context of our region.

This studio investigates the implications of automation, distributed manufacturing, and shared economies on the architecture of the city: peer-to-peer and part-to-part. We will design "Complements": AI-driven building parts that halfway extend a home. Through design-driven research – from data-sampling to speculation to an application – the goal is to develop proposals for startups offering a digital-driven strategy, a building part, or even a tiny artifact that complements the experience of a home. Students will not focus on the singular intervention but on the network effects through plural application: the possible impact of architectural parts on neighborhoods, building typologies, infrastructures, and even ecosystems.

In this studio, we will explore extreme sites on earth that are analogous to future sites we anticipate encountering on earth due to environmental and climate change. Similar to how scientists have selected space analog sites underwater, in deserts, and at polar regions, earth analogs could also be situated in select sites that are analogous to increased desertification, ocean level rise, increased flooding, loss of glaciers, changes in flora and fauna, and other locations that share similarities to future widespread environmental changes. The final project for this studio will entail the design of an earth analog environment for the Anthropocene.

As a result of the passage of Prop A this past election, the City of Austin will finally begin the development of a more comprehensive transit system. The first phase of this project will include the construction of three new line transit lines. The focus of this study will be the impact of this new plan, specifically the Orange Line on the lower section of Guadalupe St. in downtown Austin, between MLK and Lady Bird Lake. As Austin embarks on its first subterranean transit network, students will study the impact and transformation of the Guadalupe Corridor. As part of this study, teams of students will develop interventions for the proposed transit stations, culminating in an individual final project that proposes a hybridized housing and transit typology along this section of the corridor. 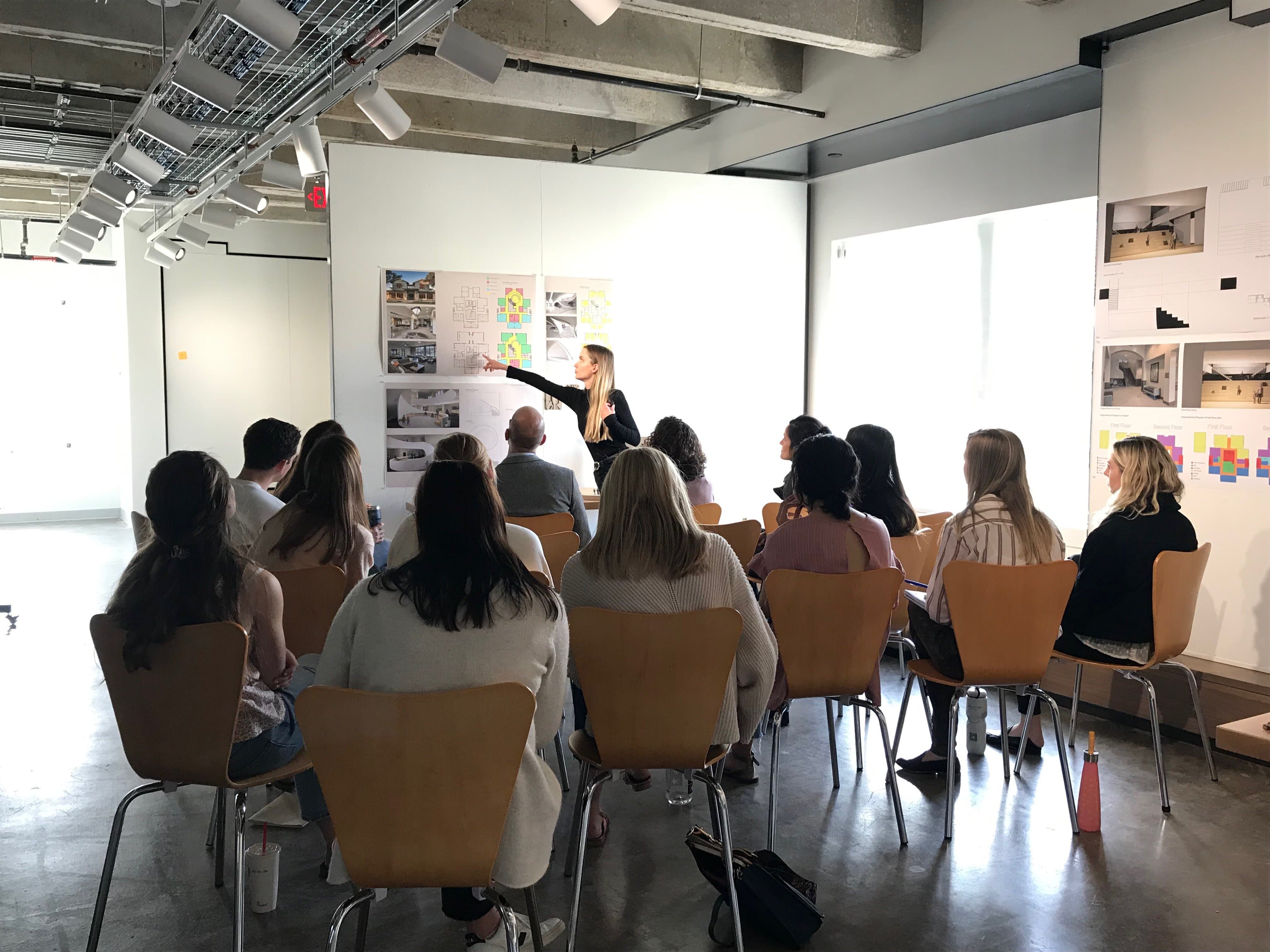 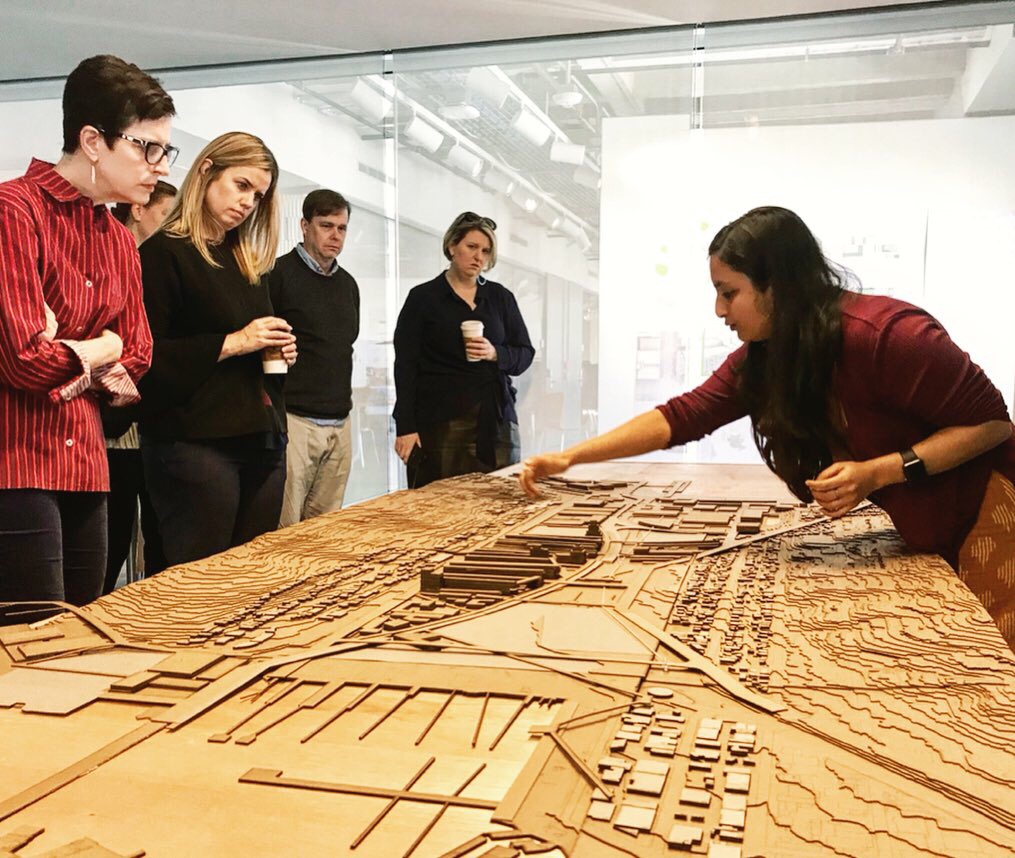