Community in the Clouds by Ana Macarena de Salvidea 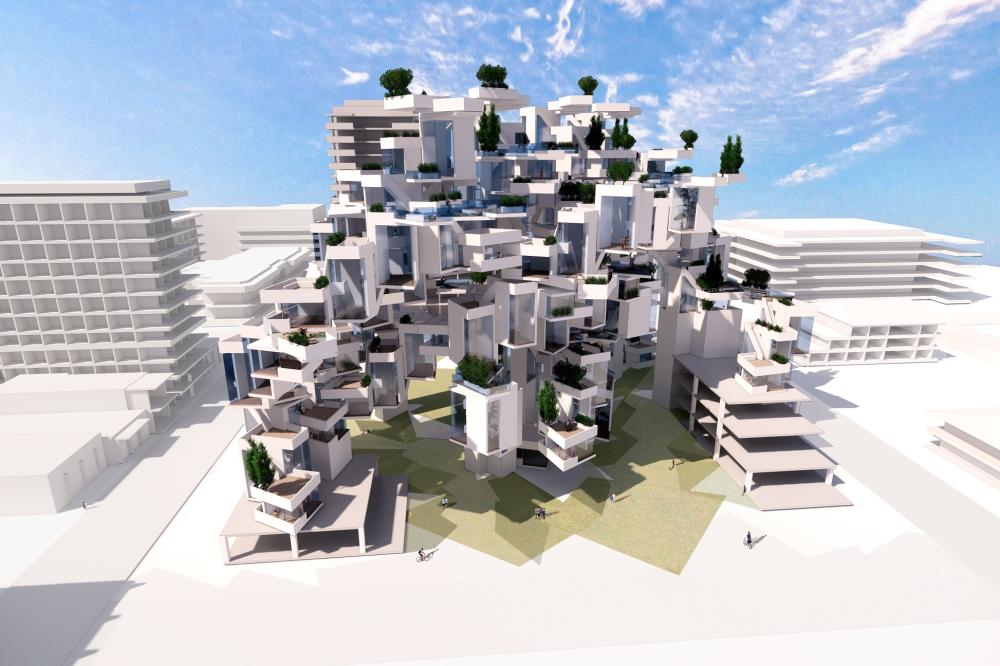 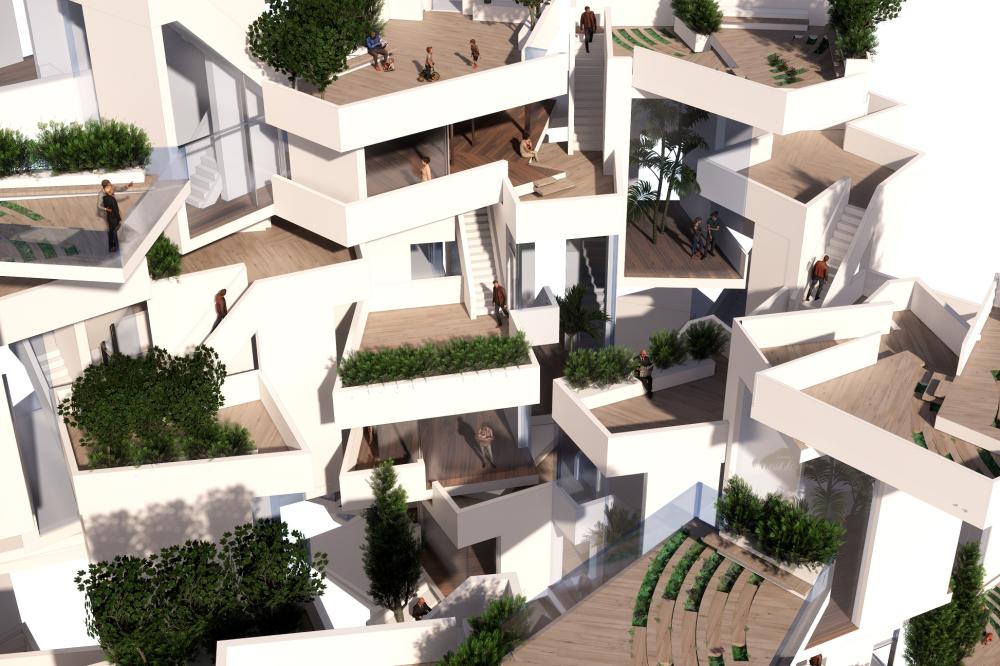 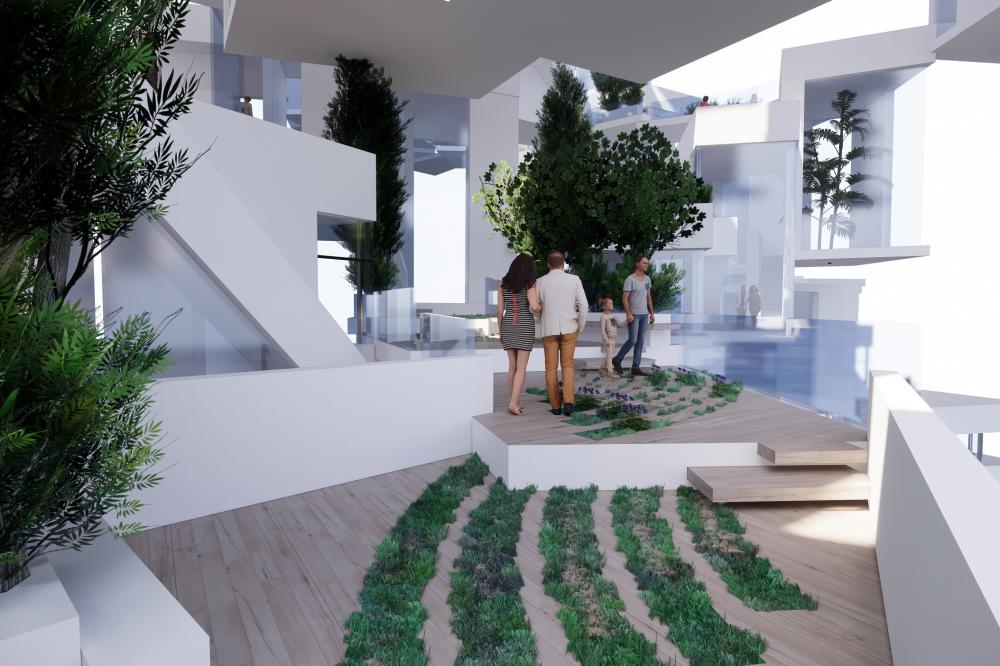 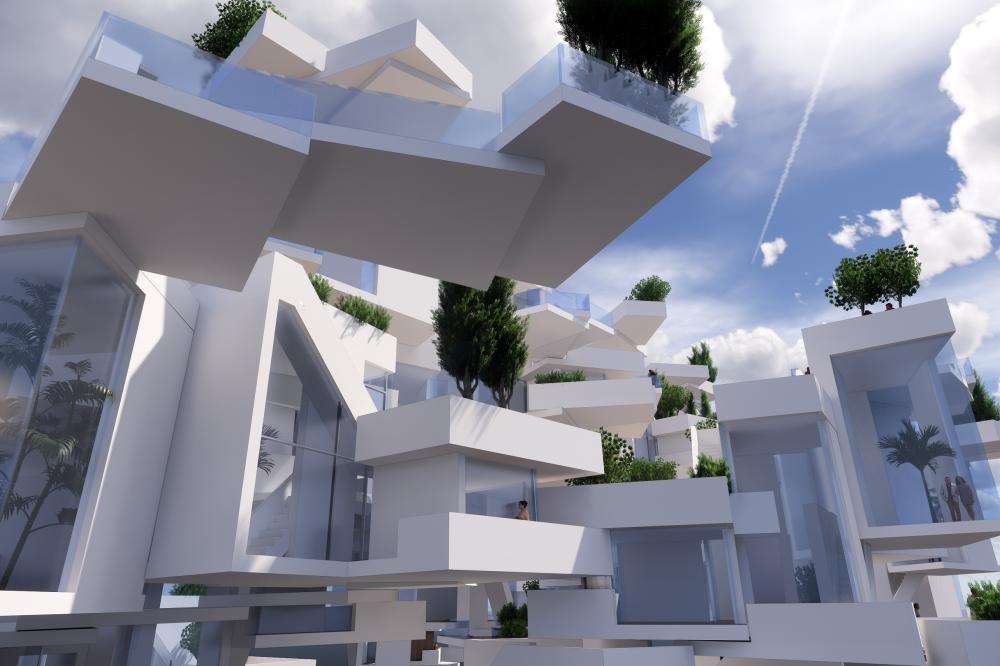 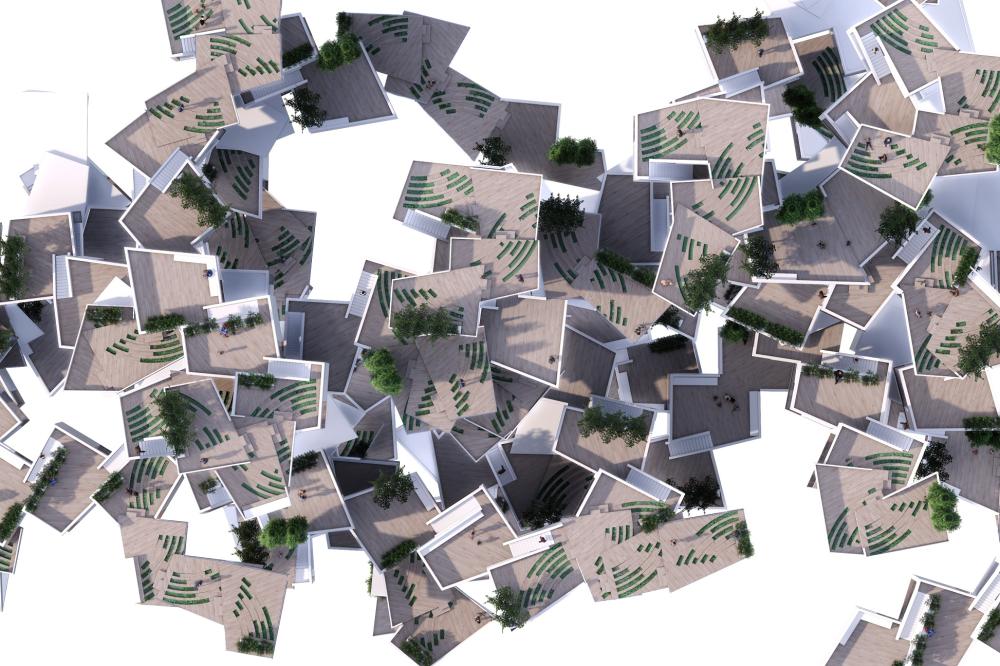 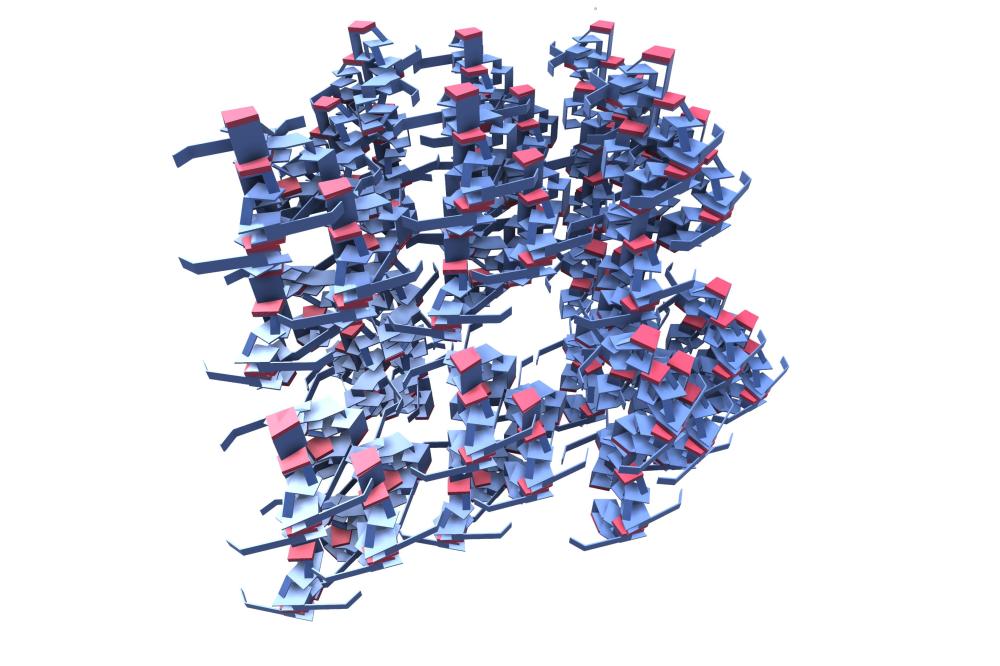 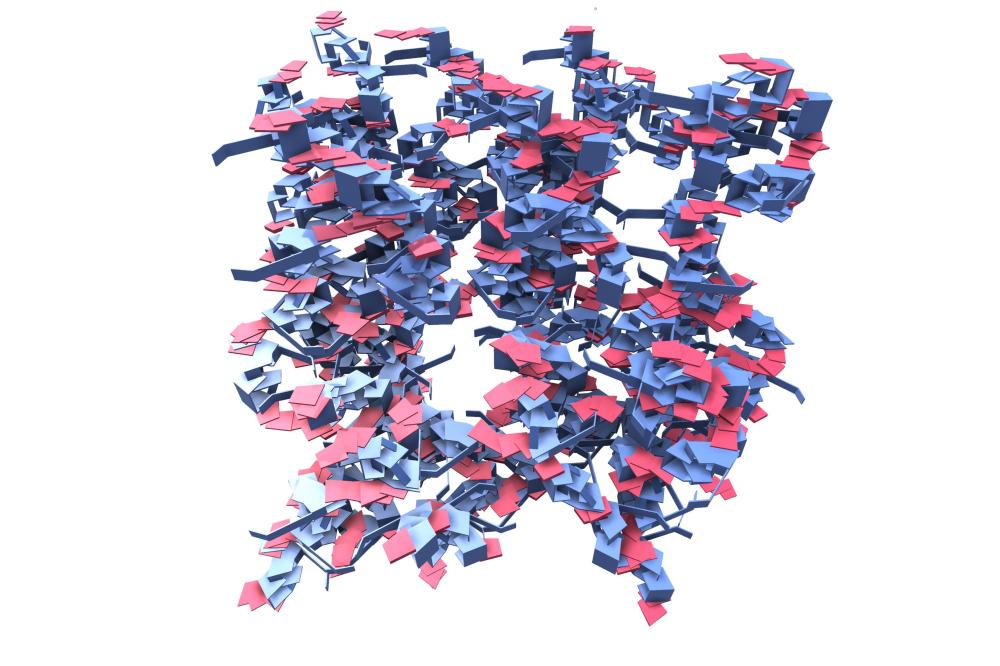 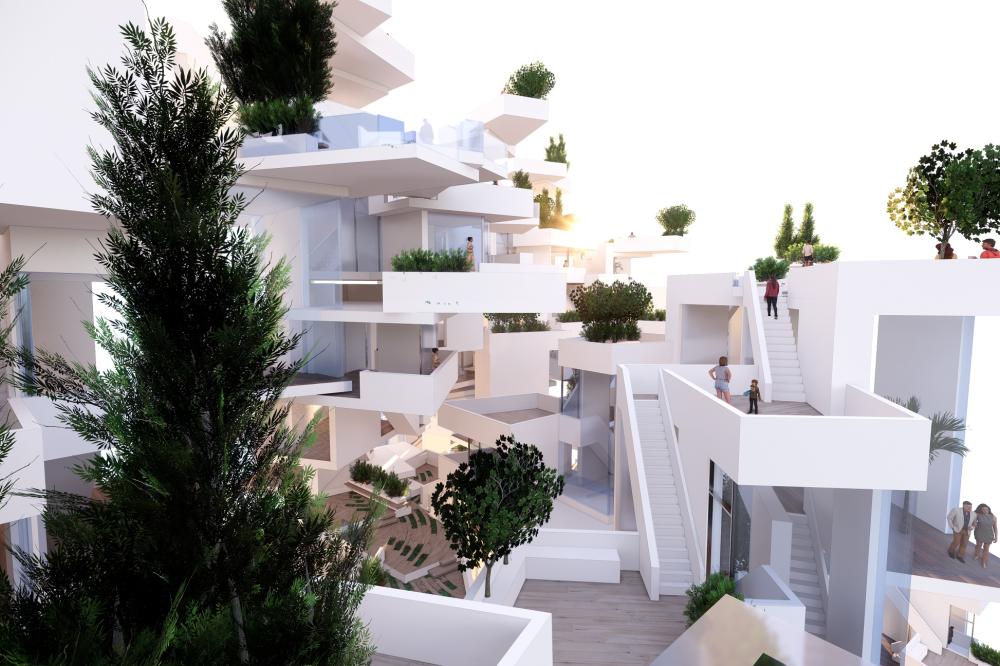 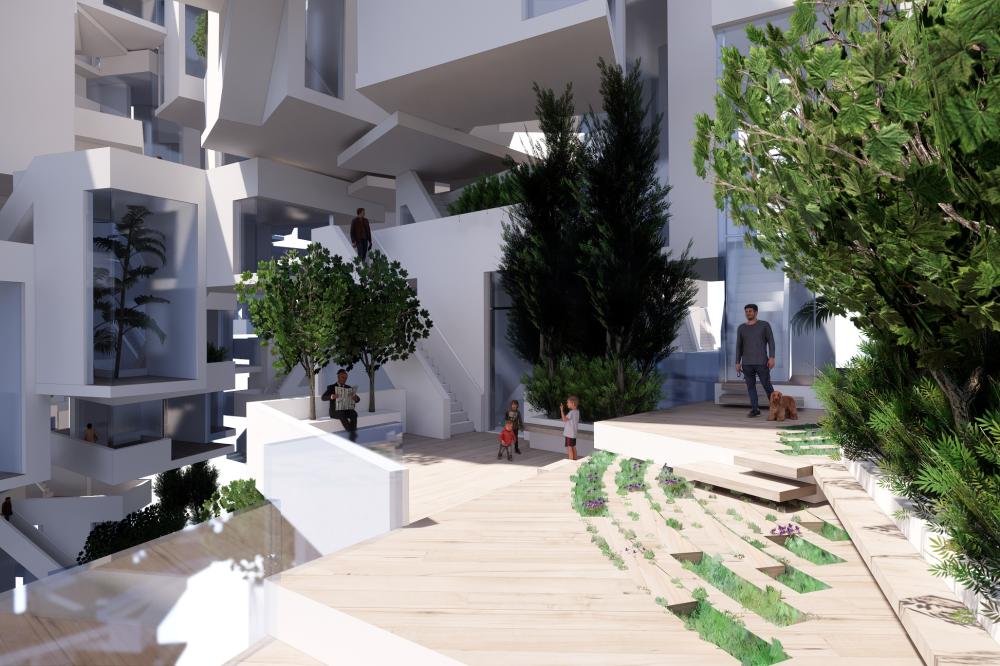 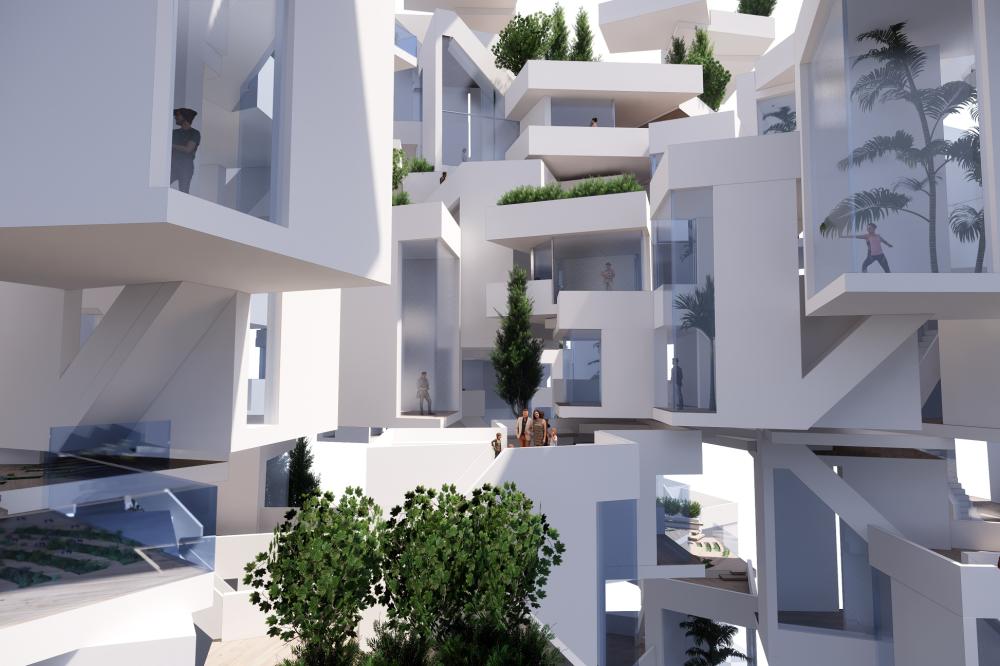 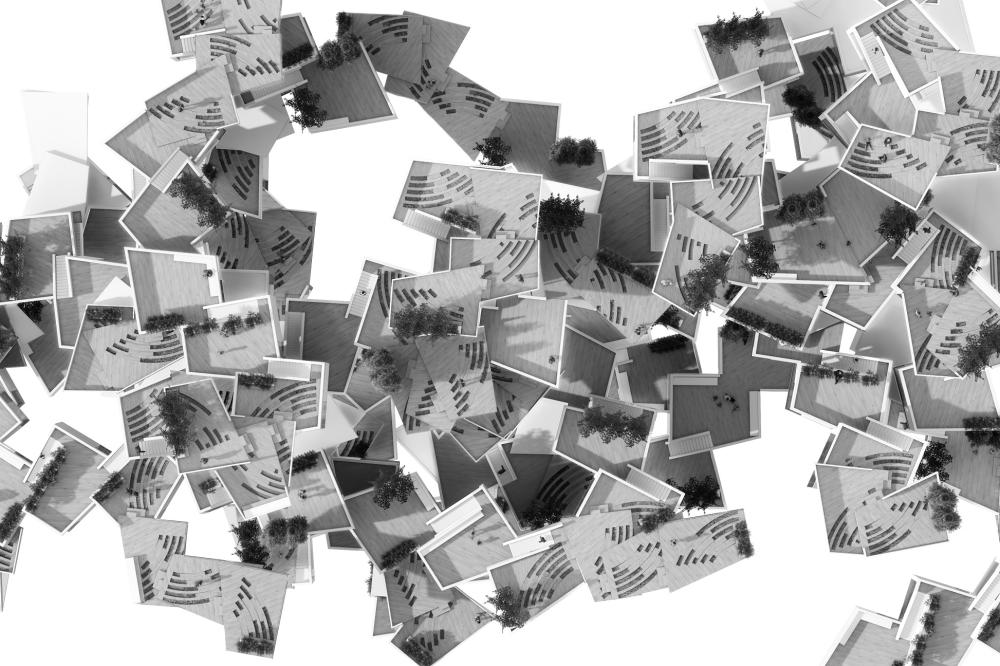 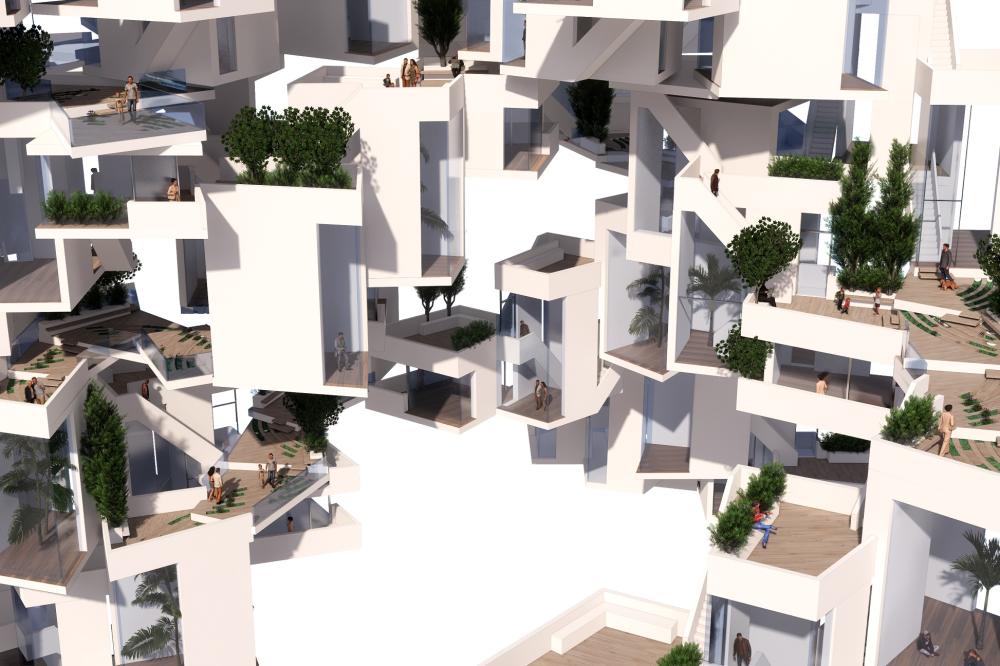 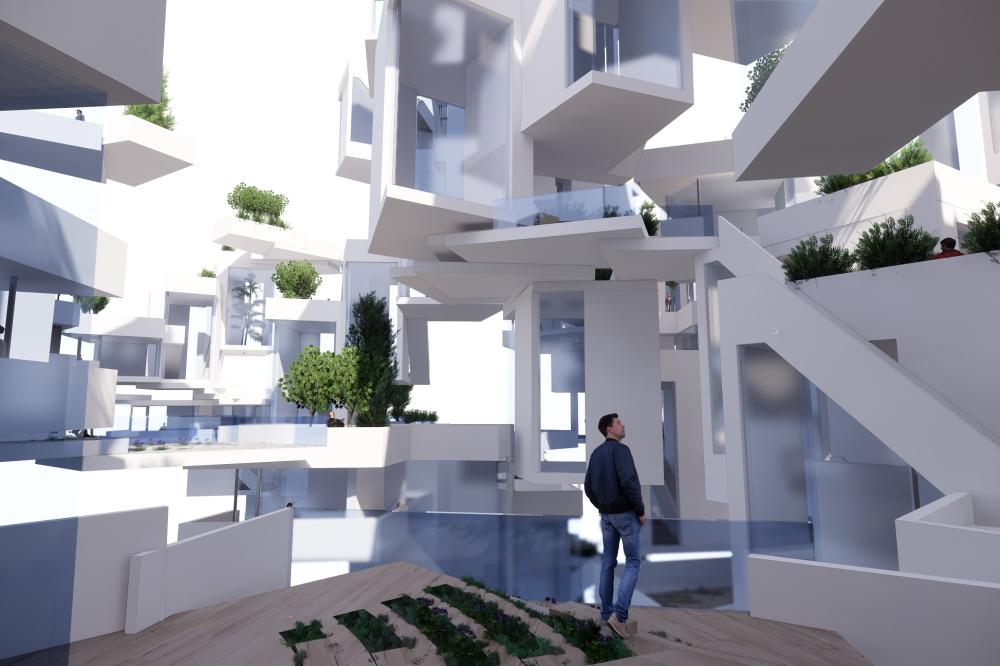 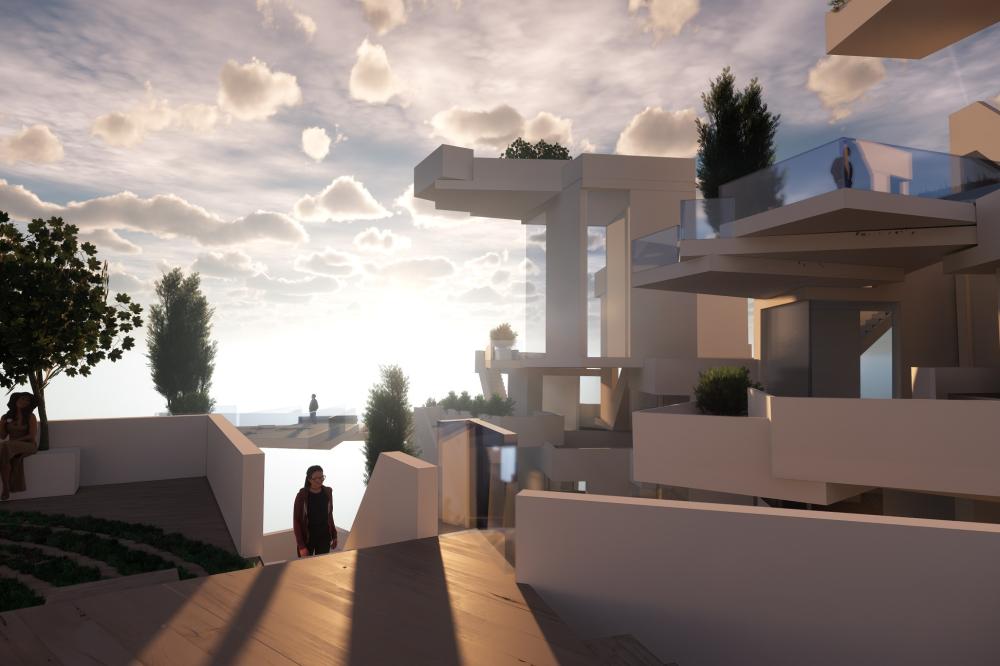 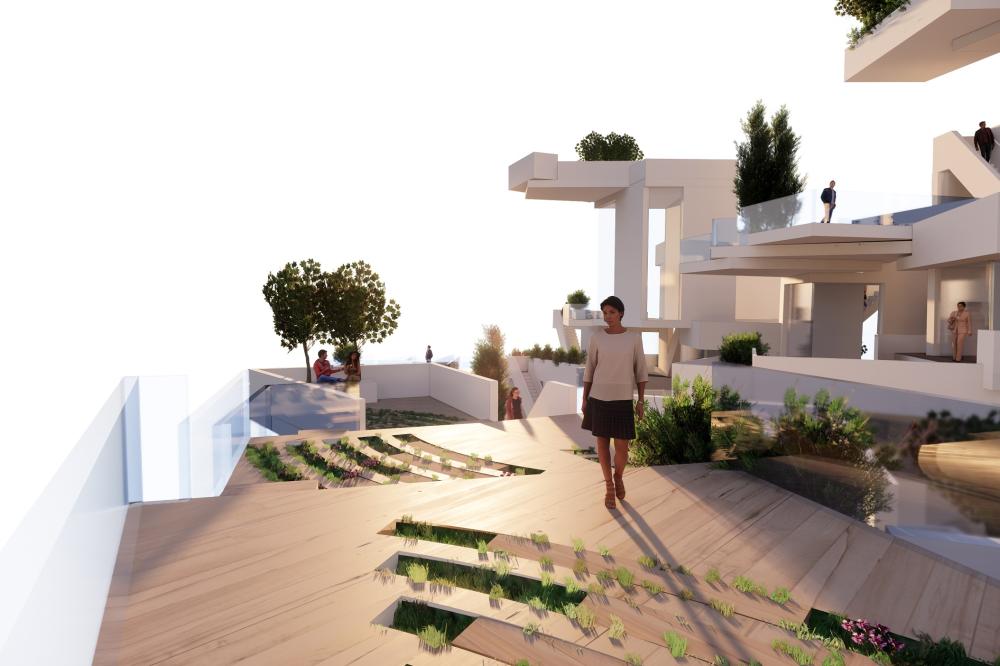 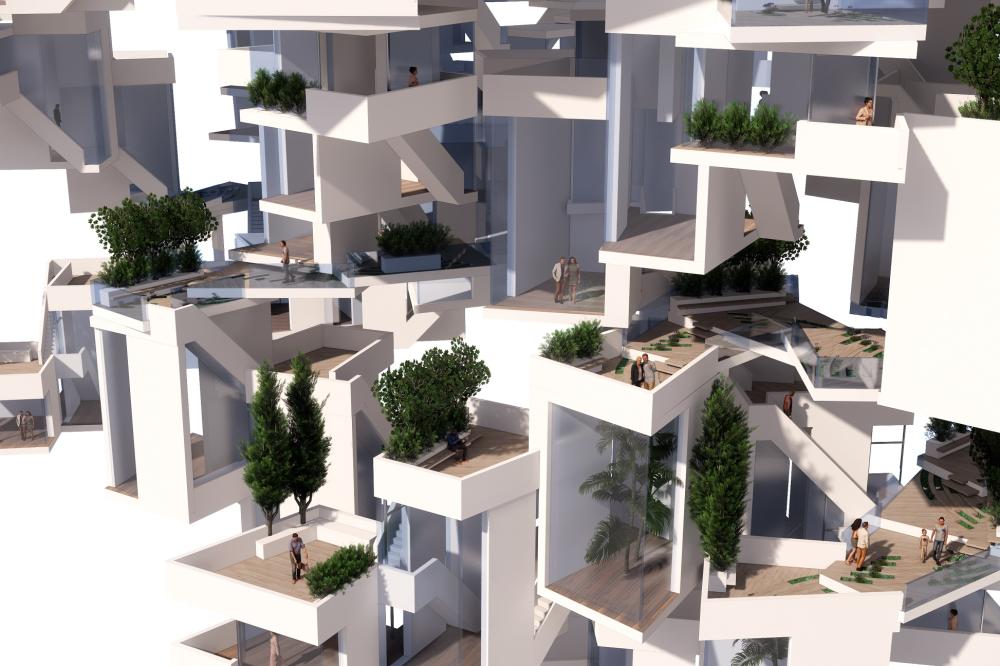 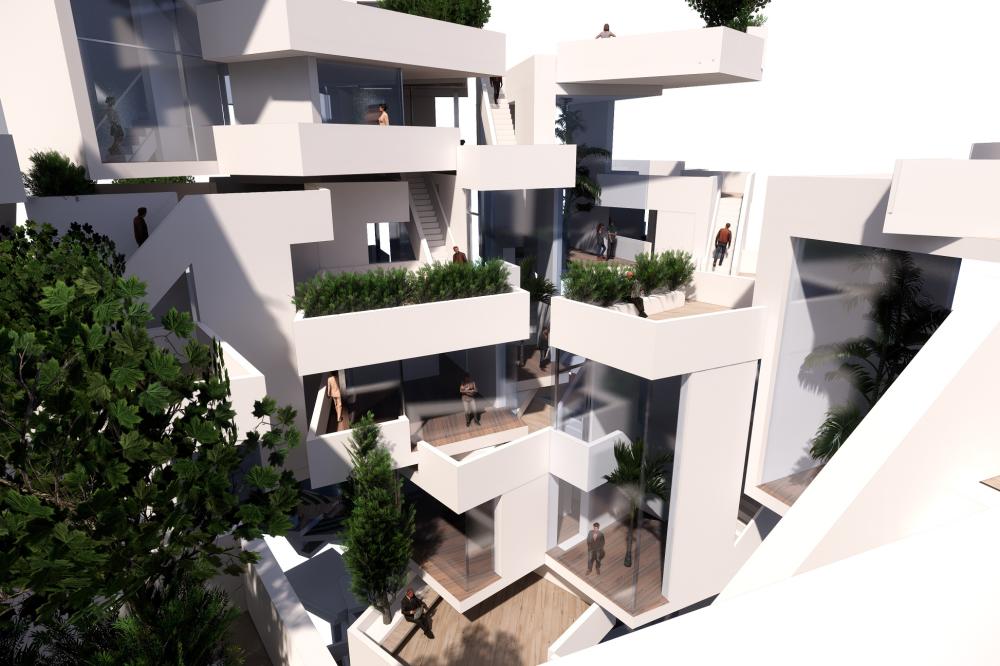 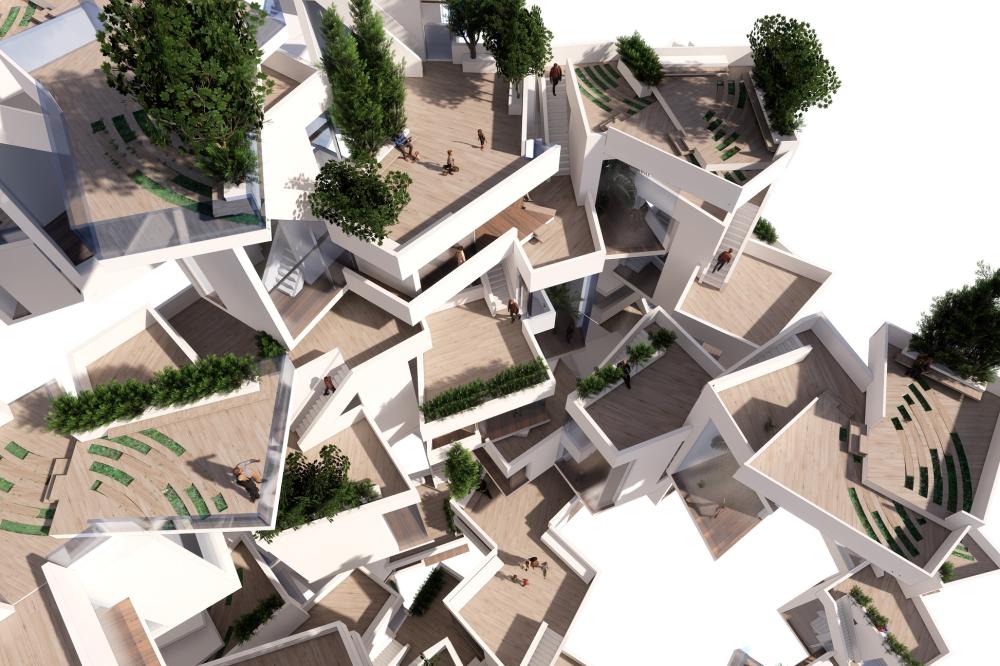 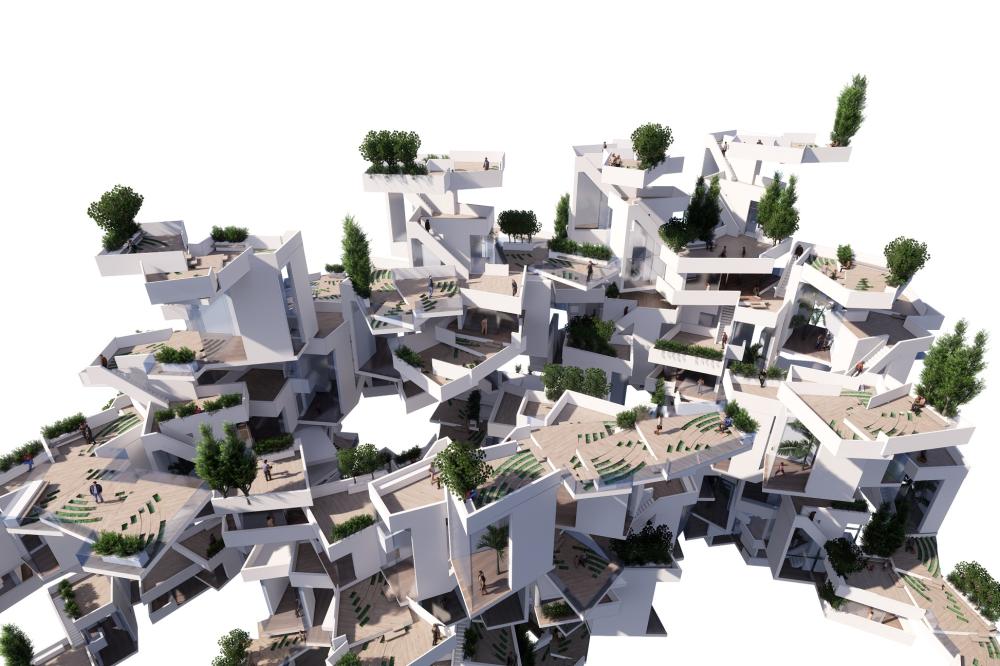 This project began with a series of exercises, extracting ideas from two-dimensional paintings and drawings and creating three-dimensional compositions which consisted of a single, repeated element. With the incorporation of movement, which in this case was rotation, and the addition of moveable roof plates to each element, several graphical experiments were conducted in order to speculate on the variable architectural situations that could be created. In this case, the repeated element was left open and undefined, and the movement was very free, in order to achieve moments of in-between as void spaces, as well as the grouping and clustering of elements as deeper interiors. Furthermore, through the rotation and the resulting extension of surfaces, shared, walkable terrace zones were formed, as well as more private ones. Adding yet another layer to the design, the aesthetic qualities of robotic trajectories that simulated the physics of rotation were incorporated into the terraces as ornamental green spaces. Due to all of these characteristics, this project adopted the program of living apartments, which opened up and replaced an existing, monotonous parking garage structure in Austin, TX. Taking the idea of voids, parts of the existing parking garage were subtracted in order to create a lively environment that invites people of the city from all directions to gather or pass by.