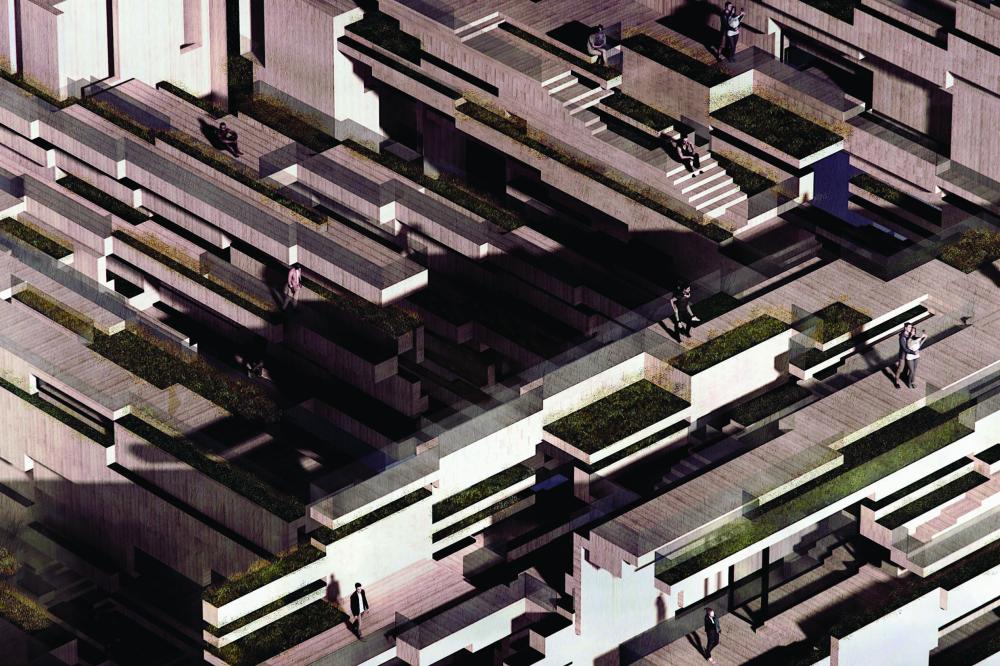 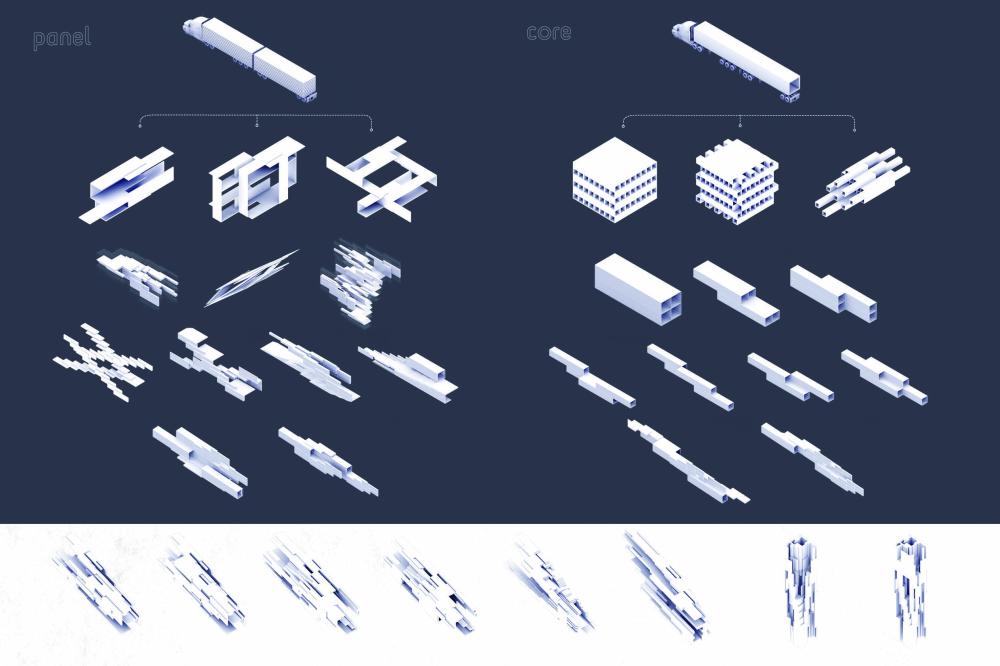 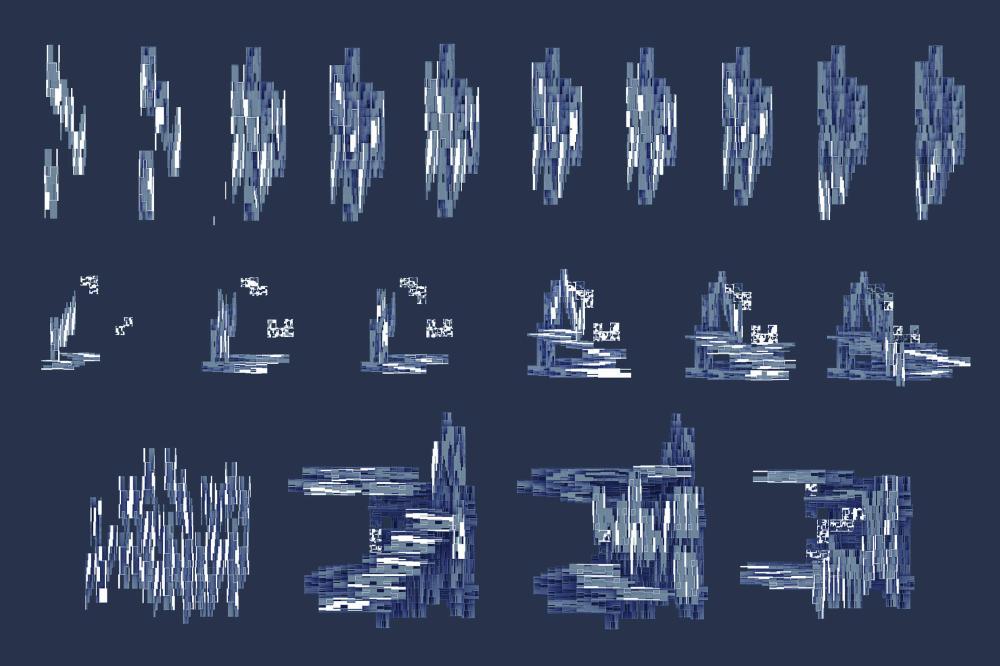 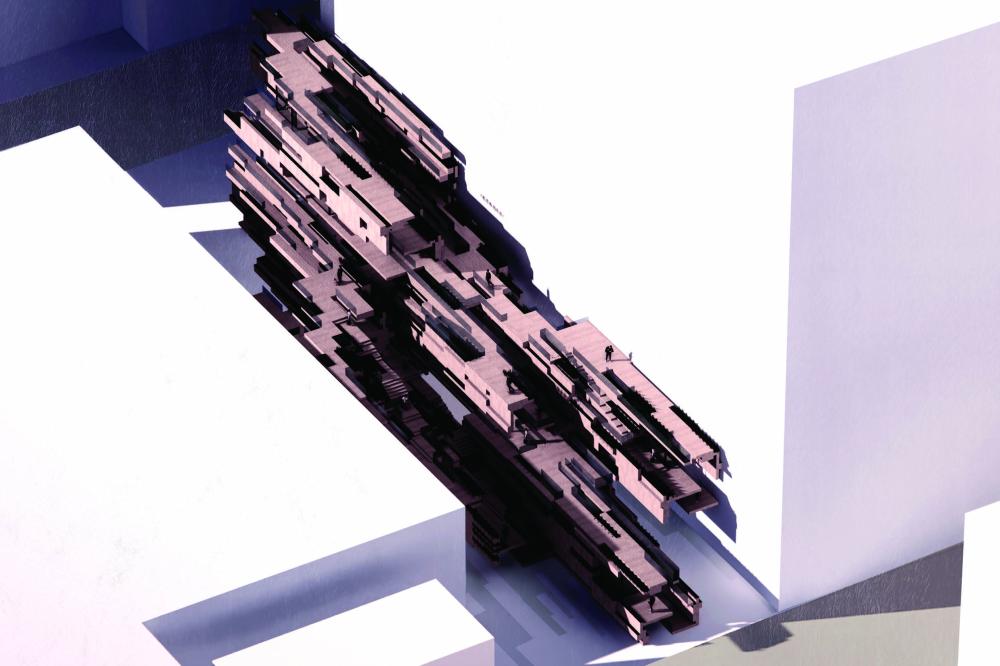 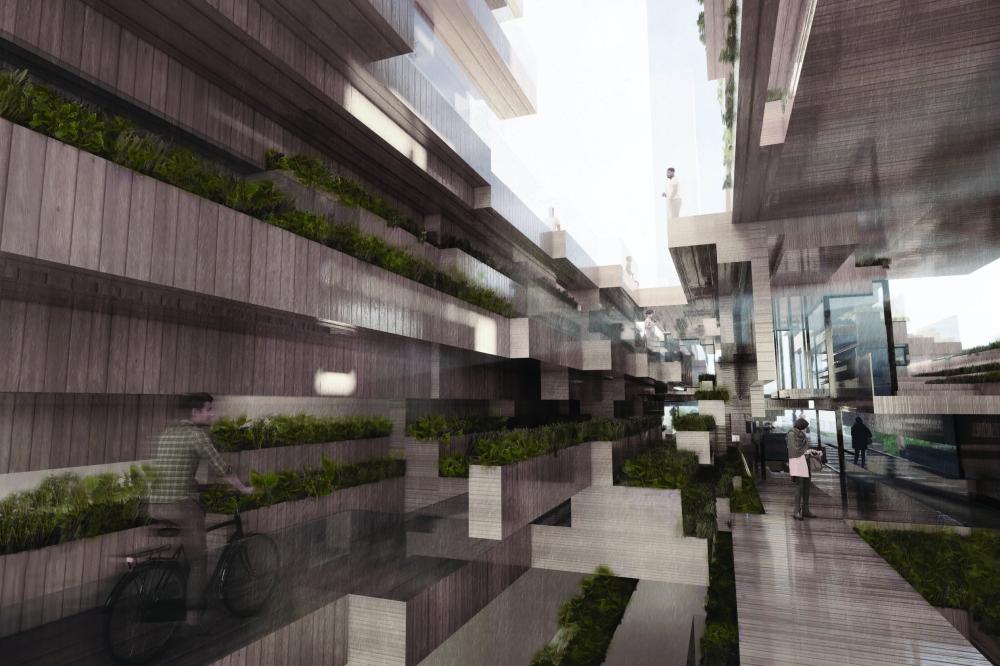 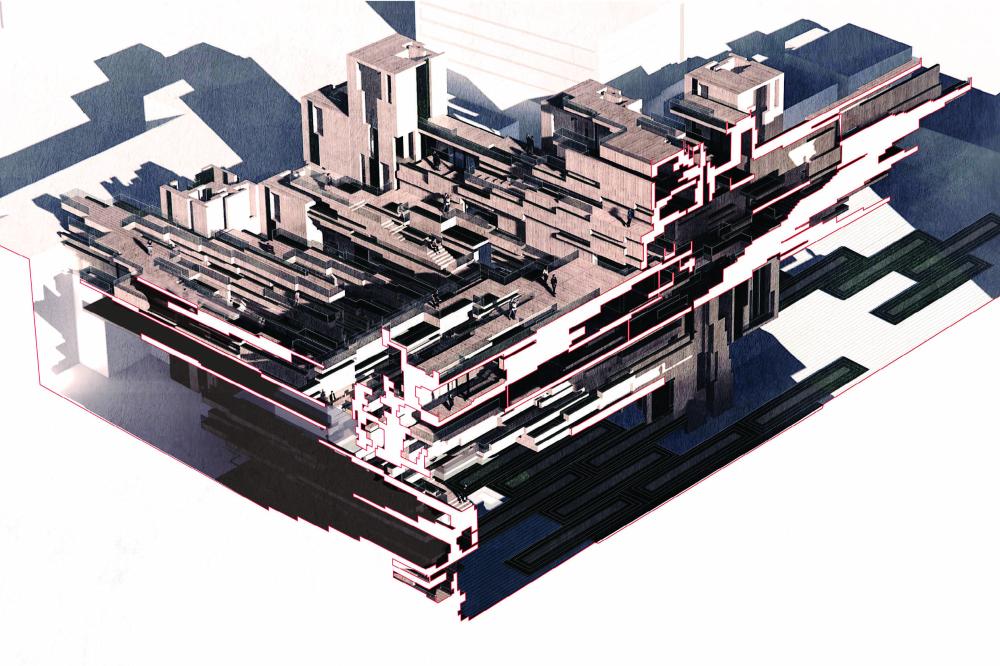 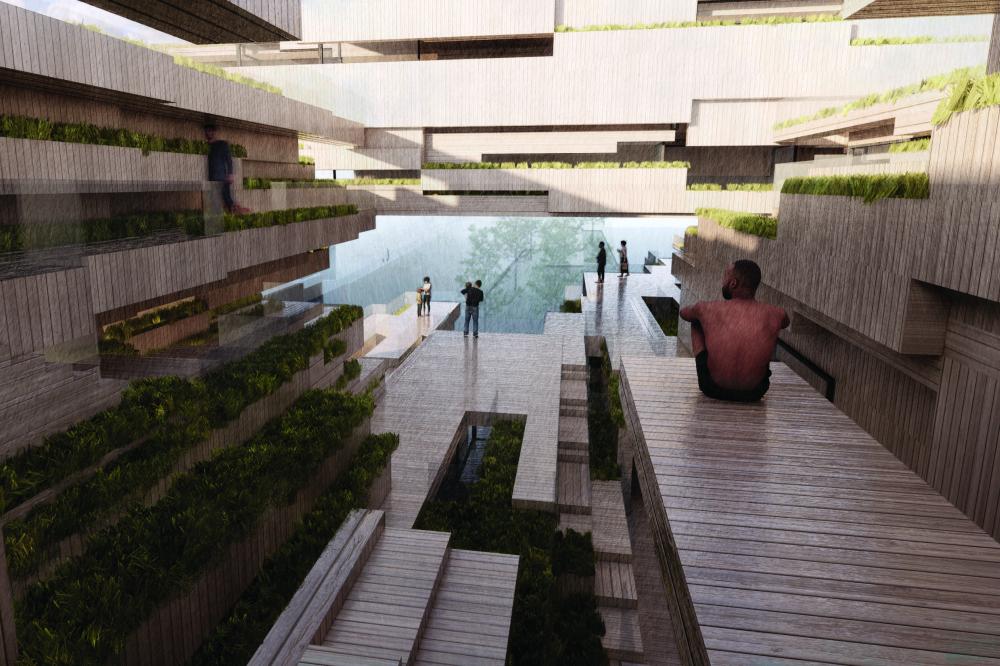 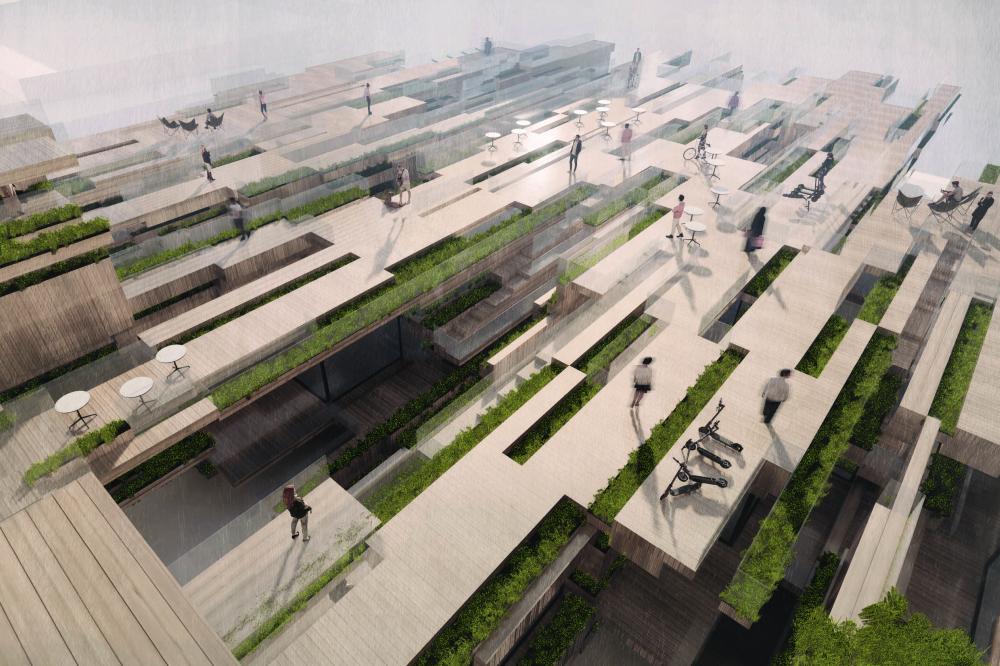 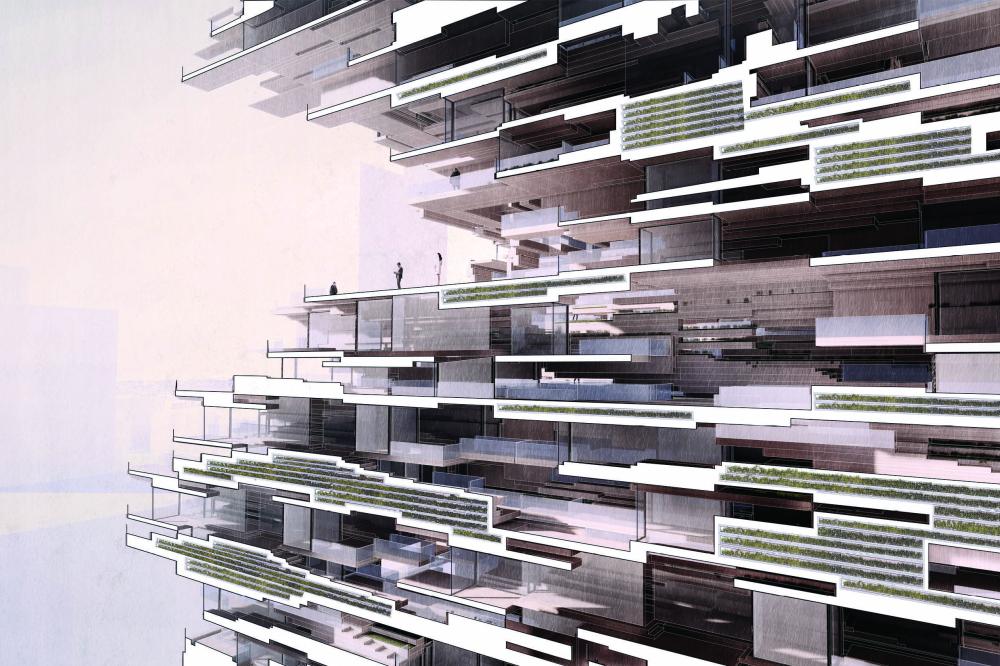 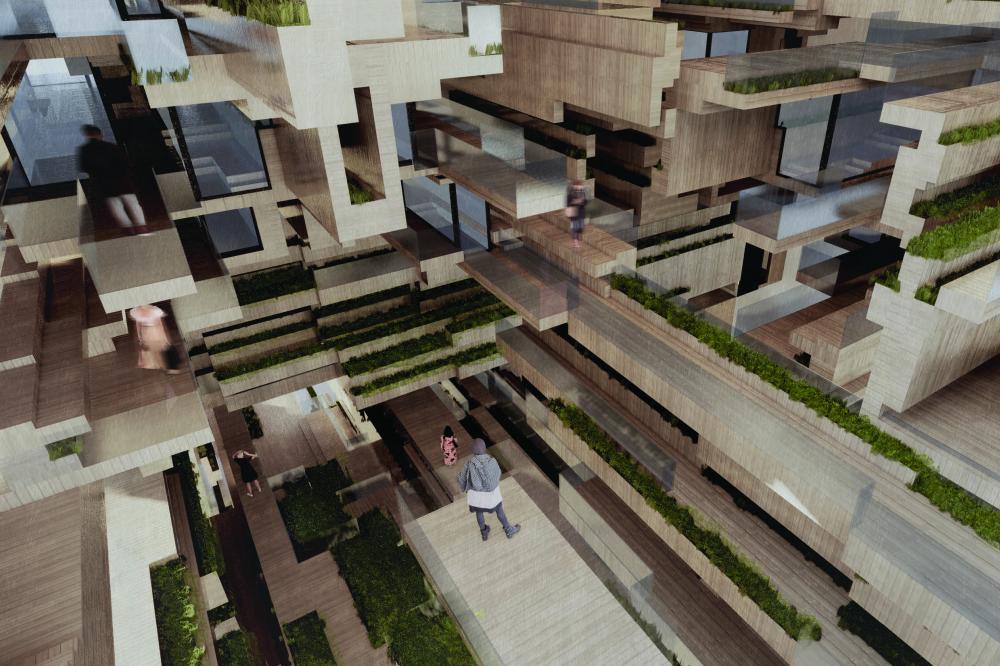 In the coming years, the question of food sourcing will increasingly become a spatial issue. The current economic discrepancies between rural and urban land have acted as a hurdle for the implementation of urban farming. The romatic view of vertical farming as agricultural towers within city centers lacks viability when comparing the economic returns of agriculture to that of rentable urban space. This project looks to understand how this economic barrier can not only be overcome but can moreover generate revenue and improve quality of life by inserting urban farming practices into the inhabitable urban condition.

Creating affordable and adaptable spaces was imperative when looking to viably implement this project as a new urban typology. This process began by looking to timber as a constraint, ultimately investigating the building core as a space for mechanical occupation. The core’s ability to distribute necessities among urban spaces opened up a reinterpretation of the core as a space for autonomous farming actions to occur. Through material, spatial, and computational studies, the project reimagines both the function and identity of the core, allowing inhabitable spaces to occur between elements of automous urban farming. The spaces focus on the prefab nature of timber, and act as modules that generate revenue as both rentable and agricultural spaces. When rearranged, these modules create endless spatial variabilities that fit into any urban context, and ultimately establish new economic and spatial identities within the city.