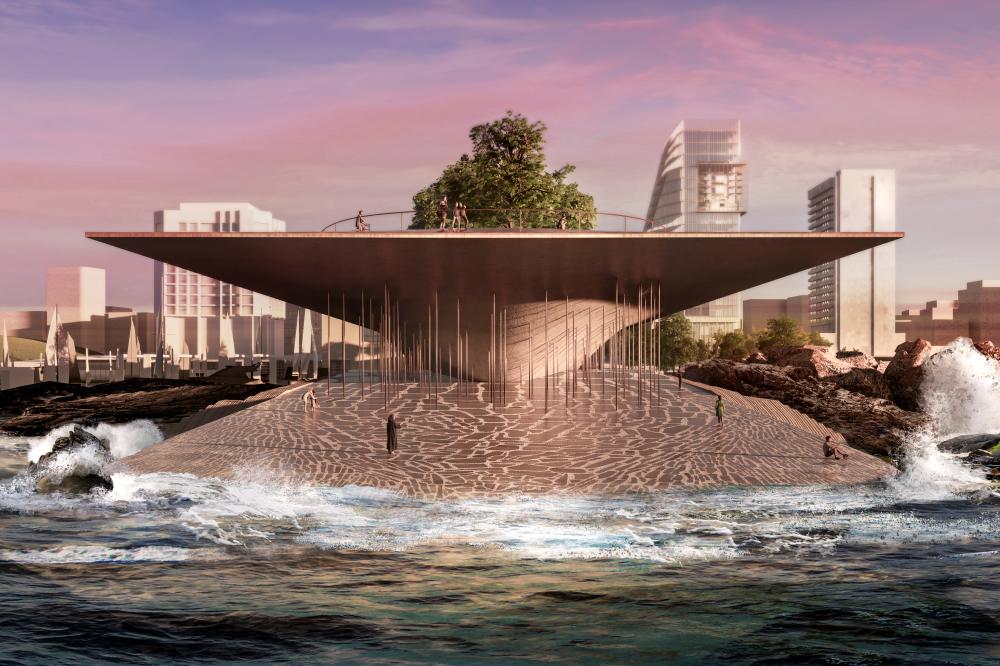 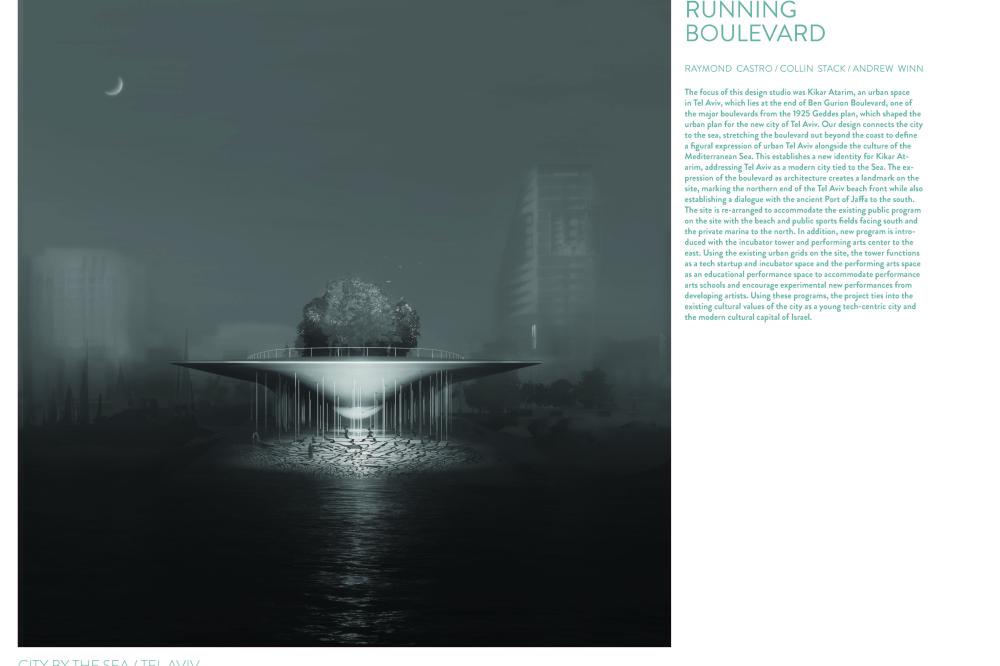 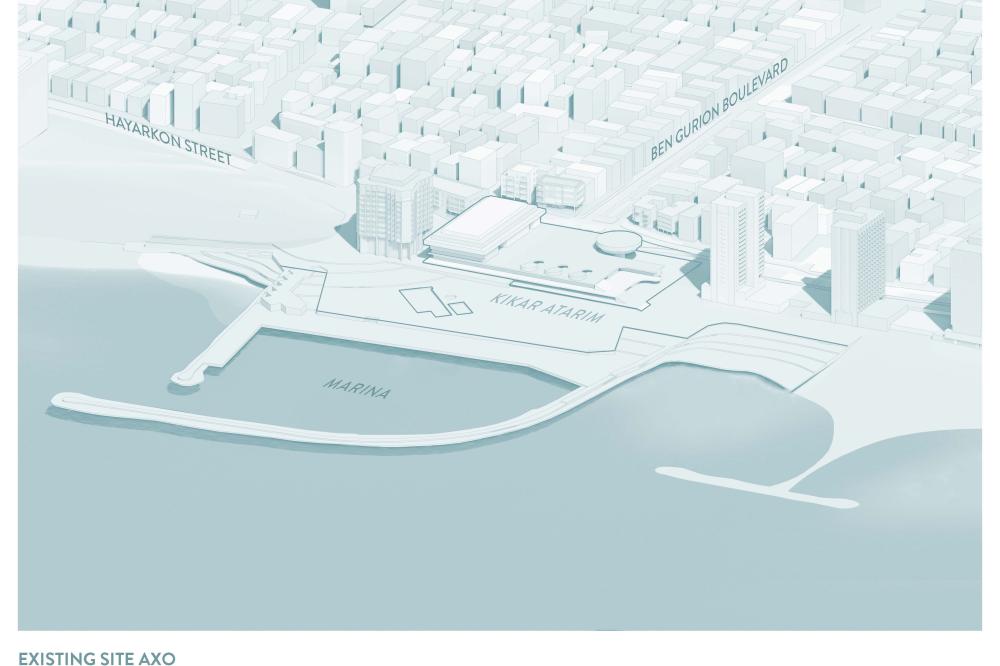 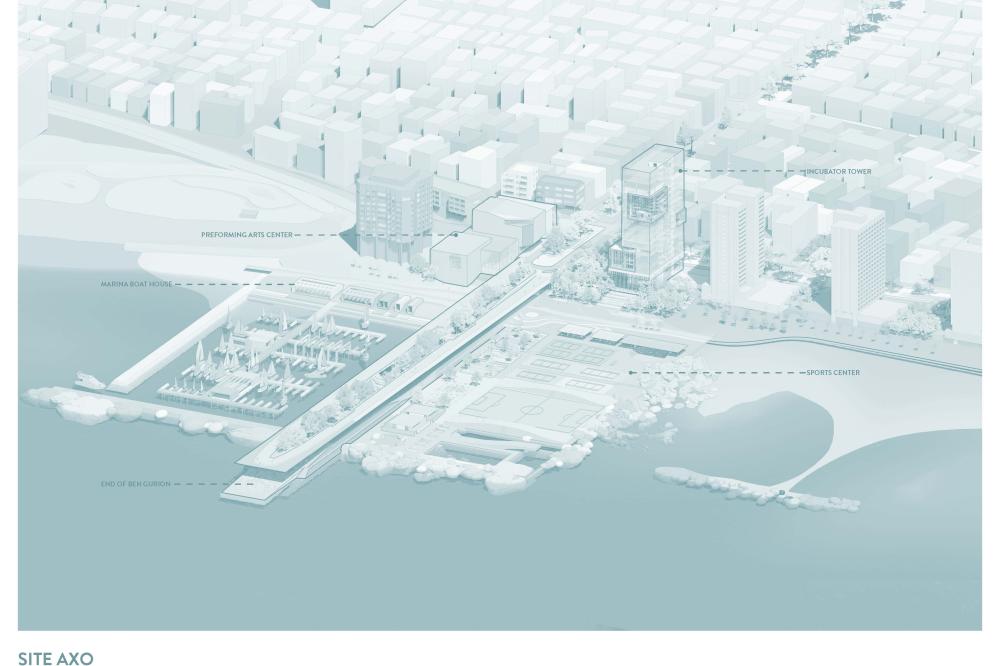 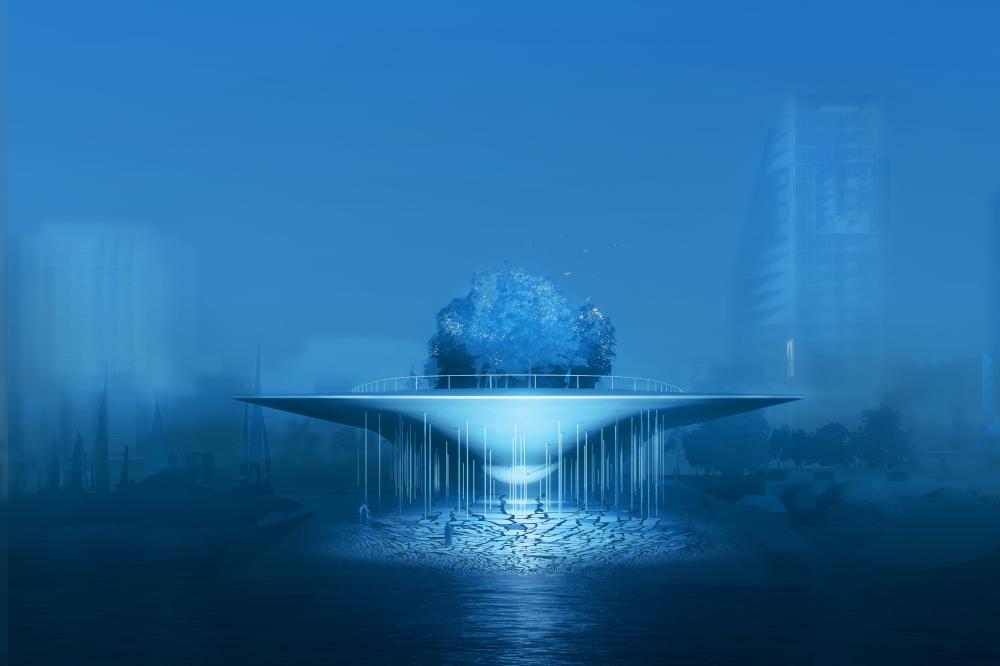 The focus of this design studio was Kikar Atarim, an urban space in Tel Aviv, which lies at the end of Ben Gurion Boulevard, one of the major boulevards from the 1925 Geddes plan, which shaped the urban plan for the new city of Tel Aviv.

Our design connects the city to the sea, stretching the boulevard out beyond the coast to define a figural expression of urban Tel Aviv alongside the culture of the Mediterranean Sea. This establishes a new identity for Kikar Atarim, addressing Tel Aviv as a modern city tied to the Sea. The expression of the boulevard architecture creates a landmark on the site, marking the northern end of the Tel Aviv beachfront while also establishing a dialogue with the ancient Port of Jaffa to the south.

The site is re-arranged to accommodate the existing public program on the site with the beach and public sports fields facing south and the private marina to the north. In addition, new program is introduced with the incubator tower and performing arts center to the east. Using the existing urban grids on the site, the tower functions as a tech startup and incubator space and the performing arts space as an educational performance space to accommodate performance arts schools and encourage experimental new performances from developing artists. Using these programs, the project ties into the existing cultural values of the city as a young tech-centric city and the modern cultural capital of Israel.