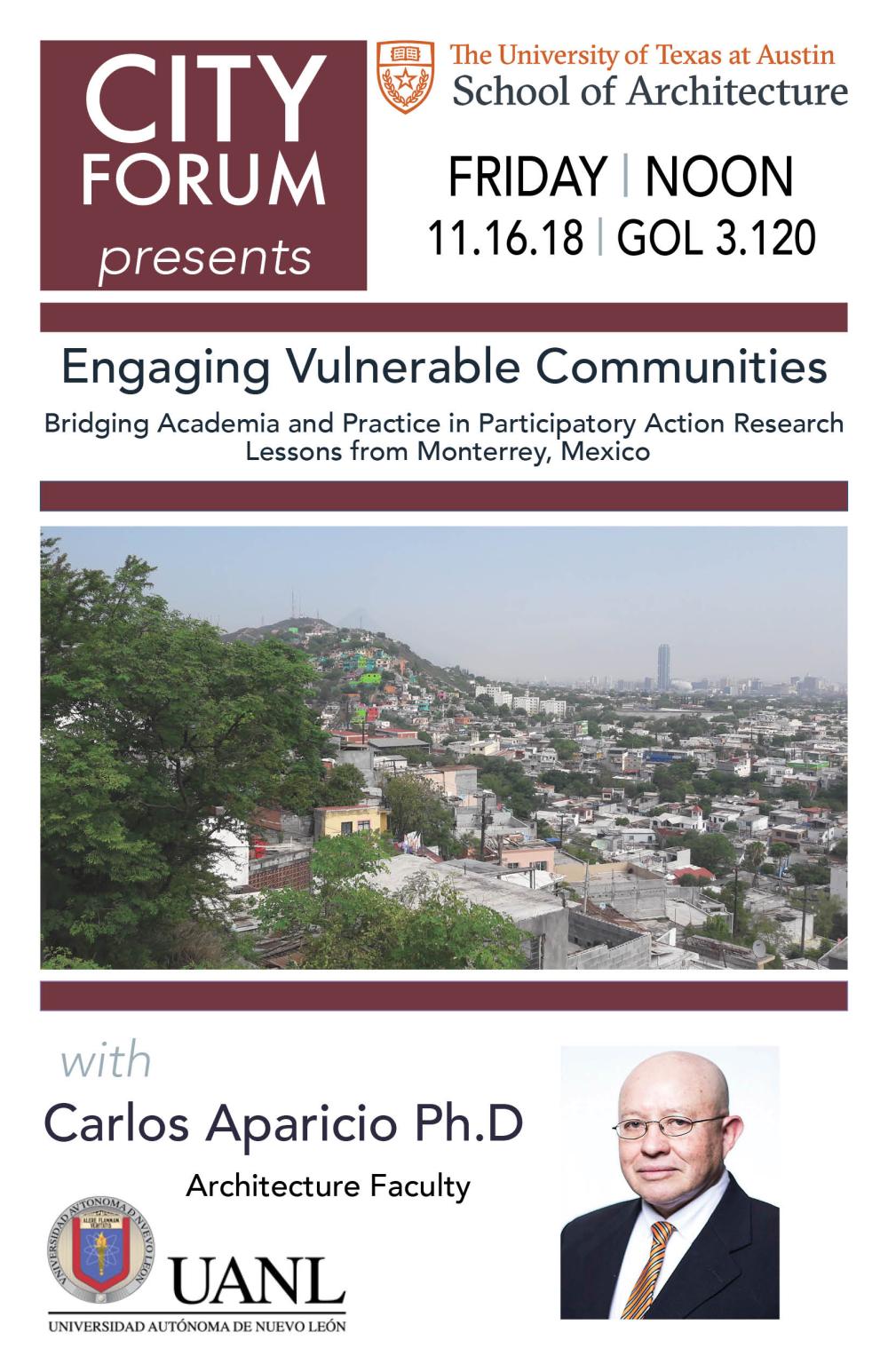 The talk will be about reacting to violence with collaboration. A group of students, led by human geography specialist Dr. Aparicio, from the Universidad Autónoma de Nuevo León (UANL), will present the findings thus far of the ongoing Participatory Action Research on the collaborative process of an informal settlement in Monterrey, Mexico. The case is particularly interesting given the community was experiencing high level of violence, prompting residents to self-reflect on issues of public space and neighborhood identity. Their discoveries will serve as a starting point for a more extensive partnership between the University of Texas at Austin and the UANL this Spring in the Mexico Practicum: "Bridging inequality in Metropolitan Monterrey".

Carlos Aparicio is a full-time professor at the Faculty of architecture from the Universidad Autónoma de Nuevo León (UANL), in Northeastern Mexico, and he is a member of the National System of Researchers of Mexico (SNI) level 1. Since 2012, he is a Doctor in Social Sciences with a concentration in sustainable development from the UANL. Moreover, he got two Masters Degrees at the University Laval, in Quebec City, Canada. One is the M. Sc. in Architecture with a concentration in Urban Design (2004) and the other is a Master in Country Planning and Regional Development (2001). Carlos Aparicio is an Architect from the University of the Americas-Puebla, since 1995. He published a book with his doctoral thesis. In addition, he has written many articles in scientific journals and book chapters in Spanish, English, and French. He has represented the UANL in academic events in Mexico, Canada, United States, France, Japan, Croatia, Belgium, and Argentina. His research interests are related to urban planning, human geography, and social representations.