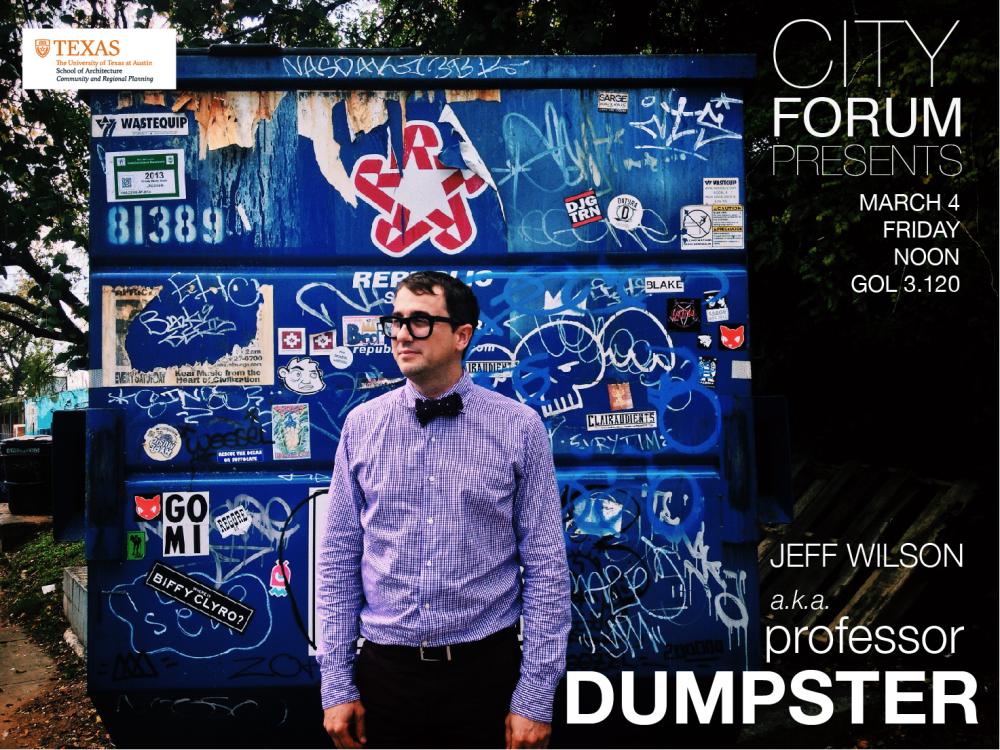 Dr. Jeff Wilson is CEO and Professor Dumpster at Kasita, an Austin based company building small, smart, beautiful and affordable urban housing. In his role as ‘Professor Dumpster’ he lived in a 33 sq ft modified trash dumpster for a year on his university campus. Wilson’s work on sustainability, minimalism, and social experimentation has been featured in The Atlantic , USA Today , The View and The Washington Post . Beyond dumpster diving, Professor Dumpster enjoys traveling – he has lived, worked and ‘couch surfed’ through over 70 countries on six continents. Wilson has authored dozens of scientific articles, was awarded the largest award in the US for teaching, and did his postdoctoral work at Harvard.


Kasita was also named as one of top ten in Fast Company's most innovative companies in the Architecture division.