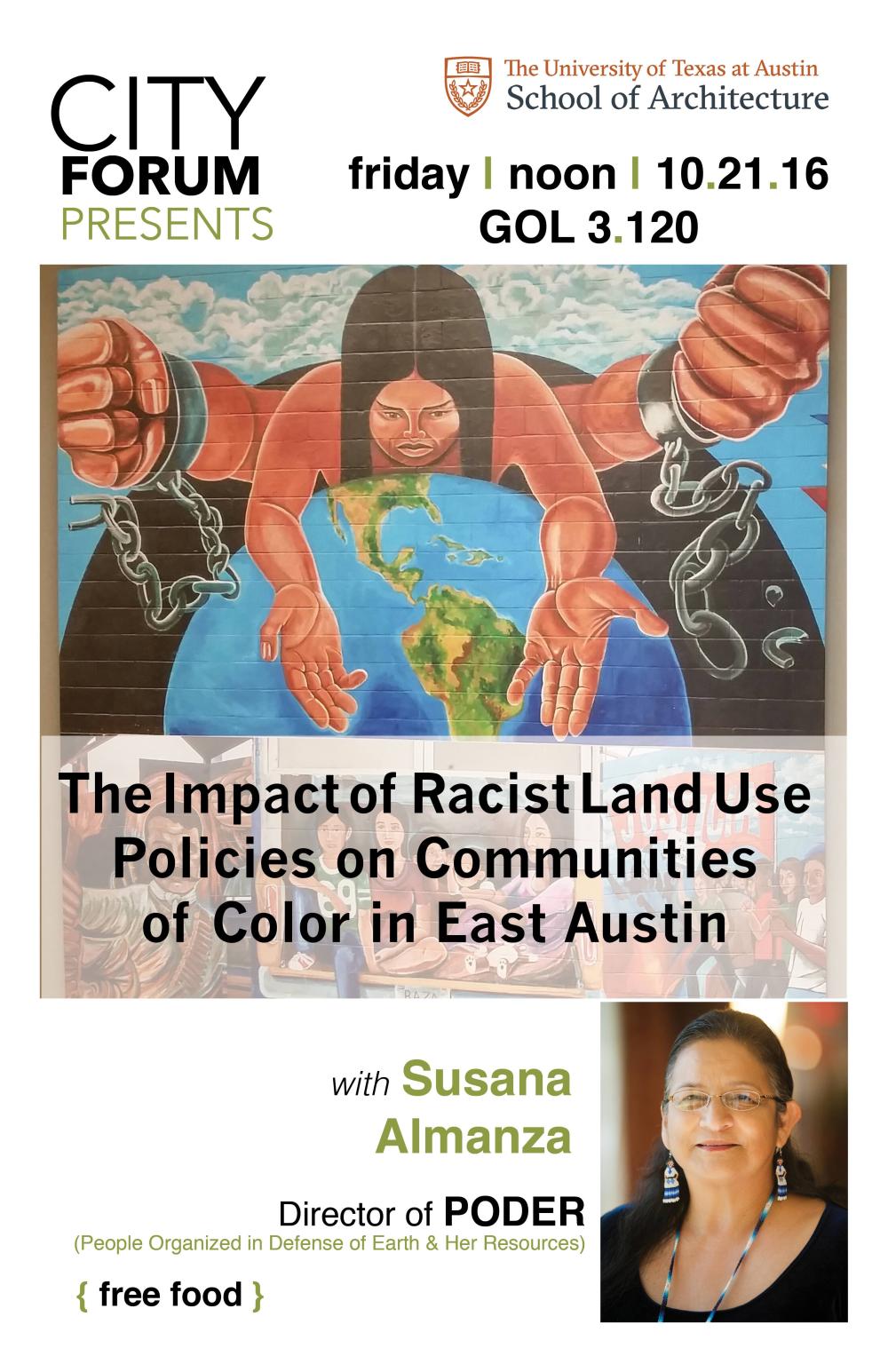 Racist Land Use Policies:  Systemic gentrification in the form of zoning and planning have been described by many scholars, not only as one of the root causes enabling disproportionate burdens of economic, cultural and environmental injustice upon people of color, but also the fundamental and potentially most powerful of the legal weapons deployed in the cause of systemic and institutional racism.

Susana Almanza is a founding member and Director of PODER (People Organized in Defense of Earth and Her Resources), a grassroots environmental, economic and social justice organization.  Susana has overcome poverty, prejudice, and segregated schools to face down some of the world’s most powerful transnational corporations.

Susana is an indigenous person of the continent of America and resides in East Austin, Texas.  She is a longtime community organizer, educator, mother and grandmother. Susana participated in the Civil Rights Movement as a Brown Beret, taking up issues of police brutality, housing, quality education and equity in school systems and health care as a right not a privilege.

Susana Almanza is a proven leader and nationally recognized environmental justice activist. Susana is a model of civic engagement; Almanza has spent her life organizing for the advancement of the underprivileged in the neighborhoods of East Austin and beyond.  Susana served on the City of Austin’s Parks and Recreation Board and has served on the City’s Planning Commission, Environmental Board and the Community Development Commission.  Susana continues her struggle for human rights demanding environmental justice and a better quality of life for people of color, all humanity and for future generations.