WRIGHT AND NEW YORK: THE MAKING OF AMERICA'S ARCHITECT

Wright and New York tells the little-known story of how New York City transformed Frank Lloyd Wright, rescuing him from his nadir in the mid-1920s and launching his successful late-career beginning in the early 1930s. Wright first arrived in the city in 1909 seeking refuge at the Plaza Hotel for himself and his lover after leaving his first wife. In the mid-1920s, the city again became a haven from creditors as he fled bankruptcy and a troubled home life. Two visionary commissions for the church of St. Marks in-the-Bouwerie focused his creative energies and defined him as a force for the future of modern architecture in America.

Wright encountered New York as Gotham, a world of the mind and culture that transcended the boundaries of boroughs, a marketplace of commerce intersecting with ideas. Although he attacked the city as an unlivable prison, he enjoyed living there, benefitting from its energy and reveling in the cultural and literary company he kept. His experience of the pristine desert of the Southwest in the late 1920s—interspersed between his stays in New York—provided the foil for his critiques of urban life.  All these events occurred within the burgeoning competition between American Art Deco and the European International Style as the dominant mode of modern architecture.  Wright argued for a third path, insisting that his organic architecture, the ideal expression of democracy, was the only viable route for America. With New York’s confirmation, Wright emerged not only as an architect at his creative apogee but as a successful author, a public lecturer, and curator of major exhibitions of his own architecture.

Wright spent his final years at the Plaza Hotel, coming full circle while supervising the construction of the Guggenheim Museum. This marked the pinnacle of his career while the battle with the International Style surrounded him. Arriving anonymously in 1909, Wright in 1959 was the celebrity we know today—and it was New York that transformed him into America’s first star architect. 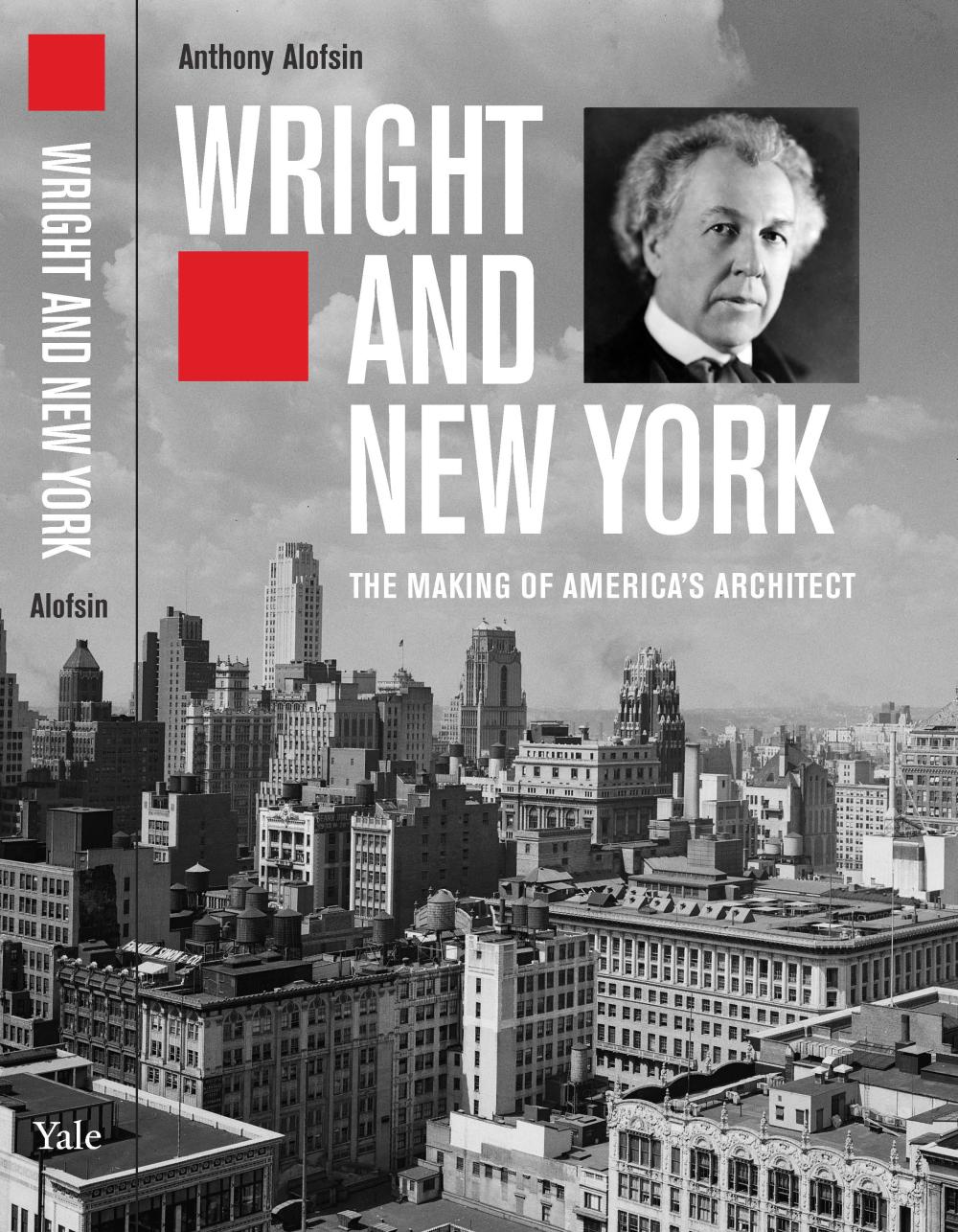