Danelle Briscoe has lectured, researched, and written extensively on the topic of Building Information Modeling for architectural and urban design. She has maintained advanced and unprecedented methods for the use of BIM, which have been presented and published in many peer-reviewed conferences and journals, and ultimately focus on living systems and technology. Briscoe’s book, titled Beyond BIM: Architecture Information Modeling (Routledge, 2015), addresses the future of construction methodologies using advanced technologies. The book frames materiality and living systems in architecture in specific chapters.

Since 2010, Briscoe has successfully completed multiple grant proposals for The University of Texas at Austin School of Architecture Living Wall project for which she served as the principal investigator. The prototype exists on the west façade of Goldsmith Hall on the UT Austin main campus. Briscoe has also served on the Board of Directors for the Association for Computer Aided Design in Architecture from 2013–2015 and the Editorial Board for the International Journal of Architectural Computation in 2015, as well as Co-Chaired the ACADIA Conference in 2019 at UTSOA She is an associate member of the American Institute of Architects.

Briscoe received her Master of Architecture degree from Yale University. Briscoe has been a practitioner since 2005, and her breadth of experience includes being a designer at Gehry Partners, LLP, and a designer at Marmol Radziner (both in Los Angeles). She currently holds an Associate Professor position in the School of Architecture. 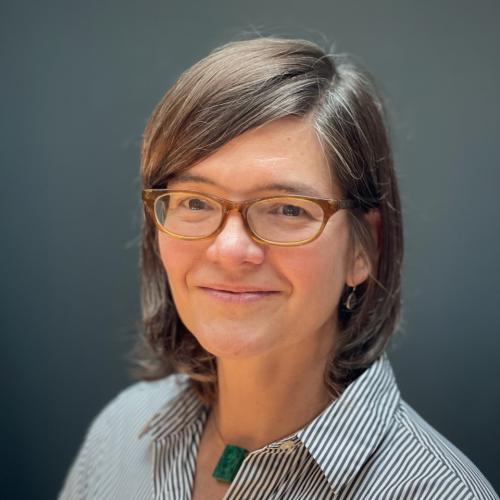