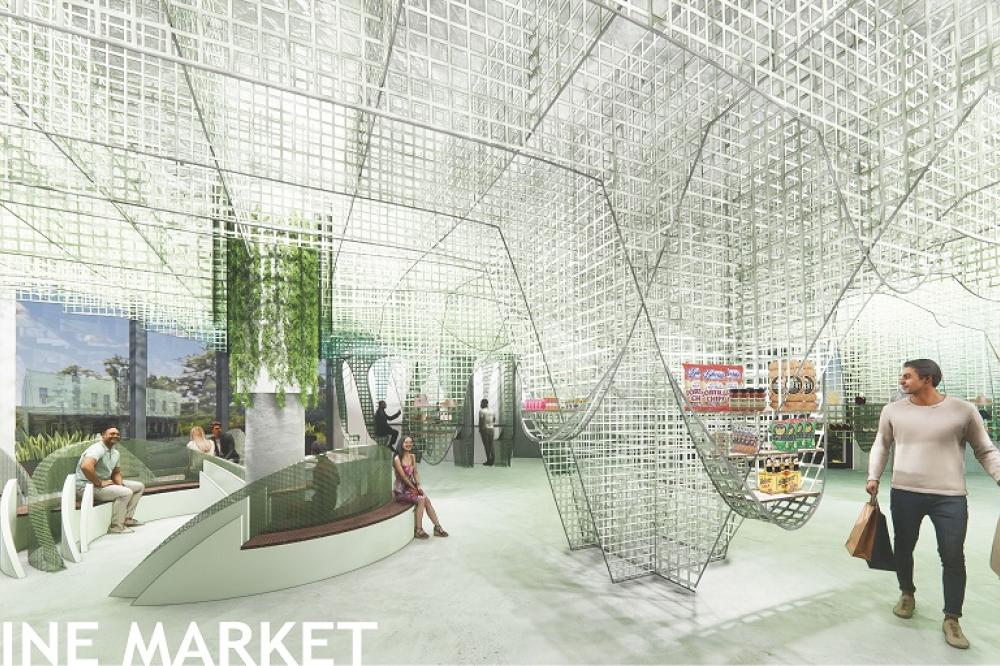 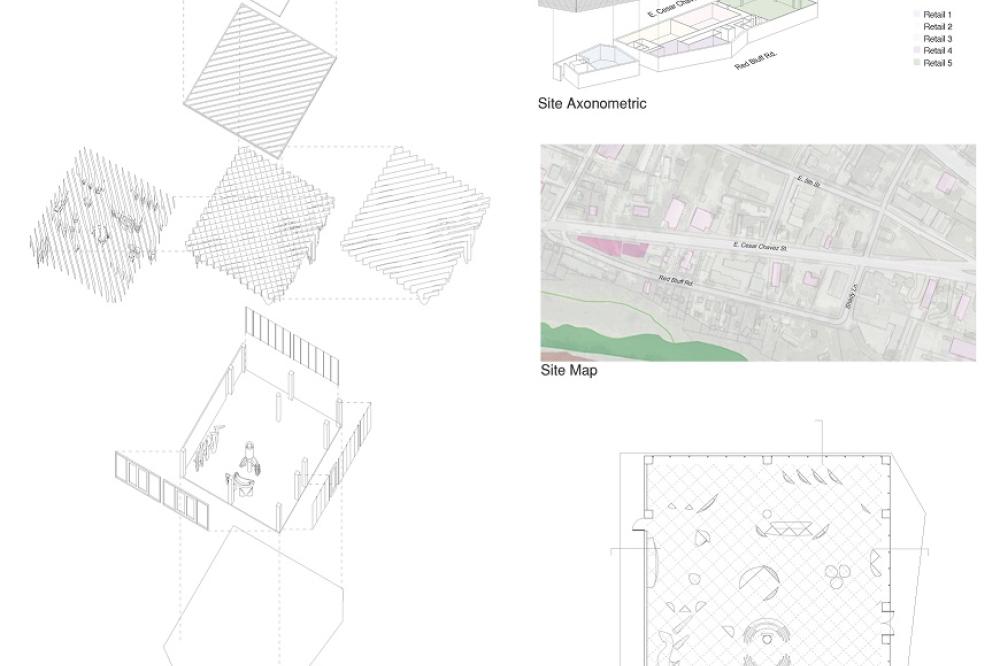 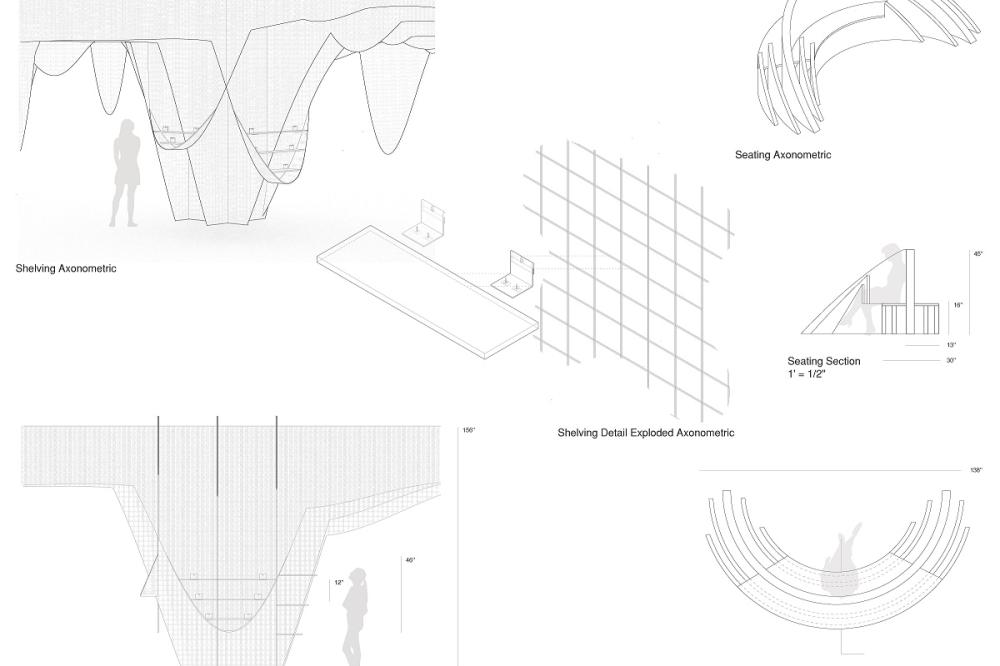 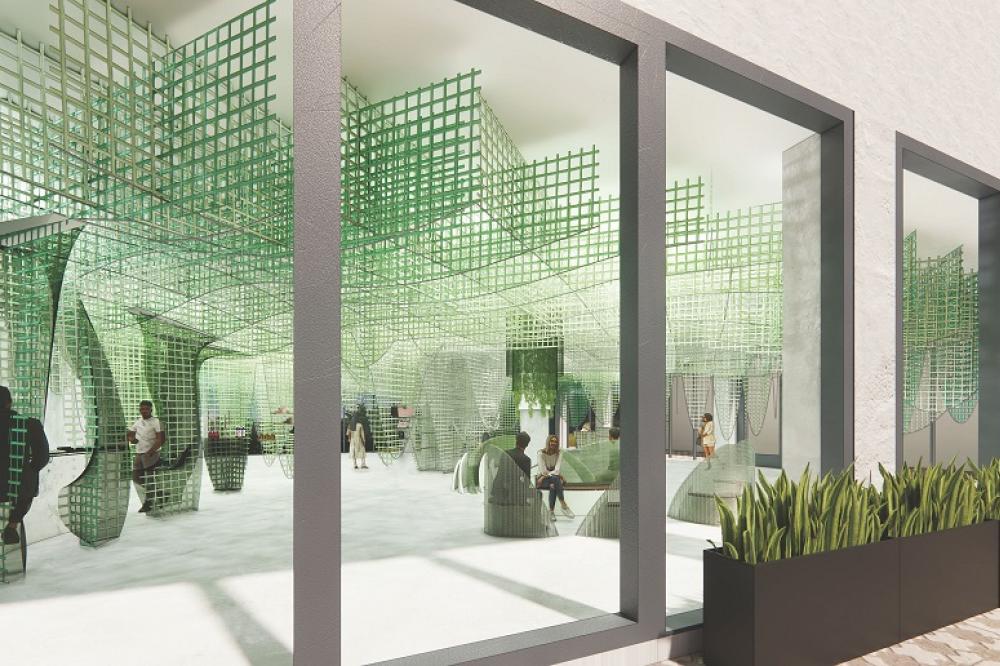 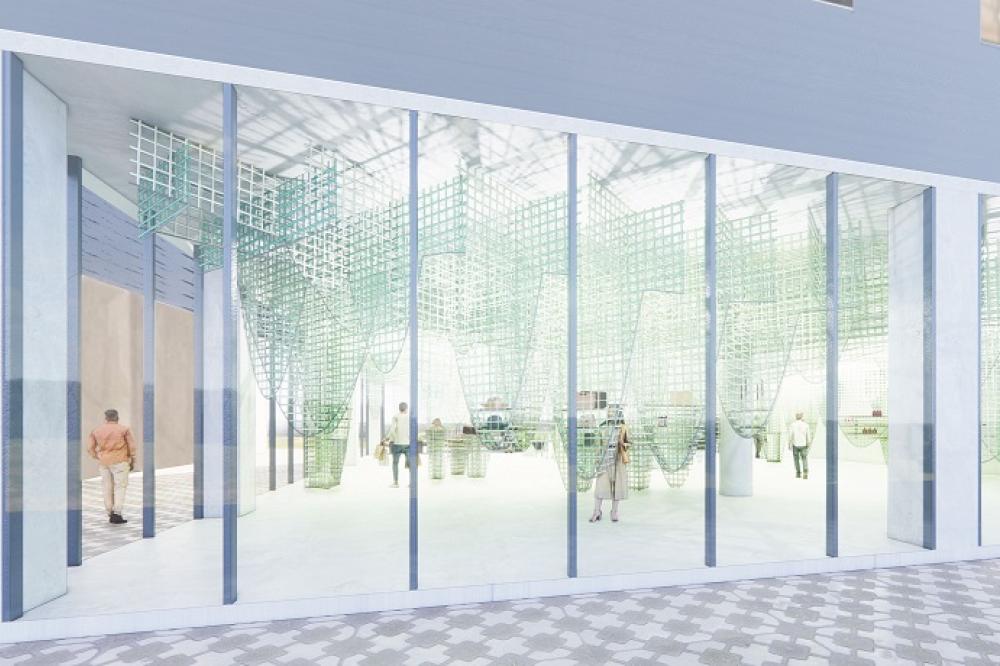 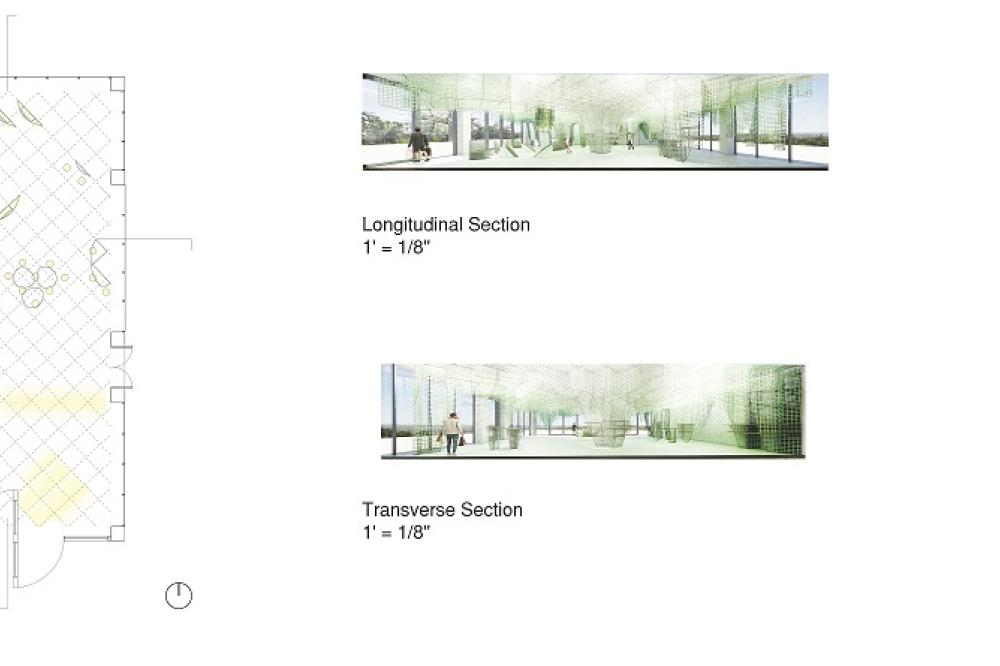 Agustine Market is a design proposal for an elevated urban market in east-central Austin.

As the population of Austin rapidly rises, property rents have reflected a similar increase. Higher costs provide an environment for well-established chain companies to take hold of the local economy, while small local creative businesses struggle to competitively thrive. Due to this, it was crucial to design a modular space that could host a range of products while simultane­ously creating a unique retail experience. A volume created from a heightfield of East Austin expressed through a parametric partition system addressed these demands by producing a variety of display op­tions while concomitantly taking reference from the local environment.

In order to bring the popular informal retail markets of Austin into a brick and mortar while simultaneously maintaining the unique culture and charm of the lo­cal area, it was important to devise a compelling con­cept with inherent modularity. Taking reference from human experience and perception, an idea to create individual elements that combine to form a singularly unique impression emerged within the design. This along with themes of density, transparency, and ana­morphism, combined to establish a parametric form. The intersection of single planar partitions flowing par­allel and perpendicular to each other creates a unique volume that ebbs and flows. Within this volume key elements such as shelving, a bodega, and a bar, are formed in between and around the joinings.

A SHIFT IN PERSPECTIVE

A large part of the formation of these singular ele­ments combining as a whole is attributed to the use of color and transparency as means to compose the market space. As one travels from Cesar Chavez Street, Agustine Market first appears through window walls as a glimpse of a soft range of blue and green hues. On closer inspection, the range reveals itself to be formed of singular intersecting partitions that are constructed by 4x4 metal hog panels coated by grad­uated colors. Materials range from natural to highly artificial in order to create a strong contrast that caters to a range of businesses. Natural materials such as reclaimed wood and leather reference the local cul­ture of both Austin's connection with nature as well as the traditional Texan style, while colored semi-trans­parent acrylic alludes to the more contemporary side of Austin