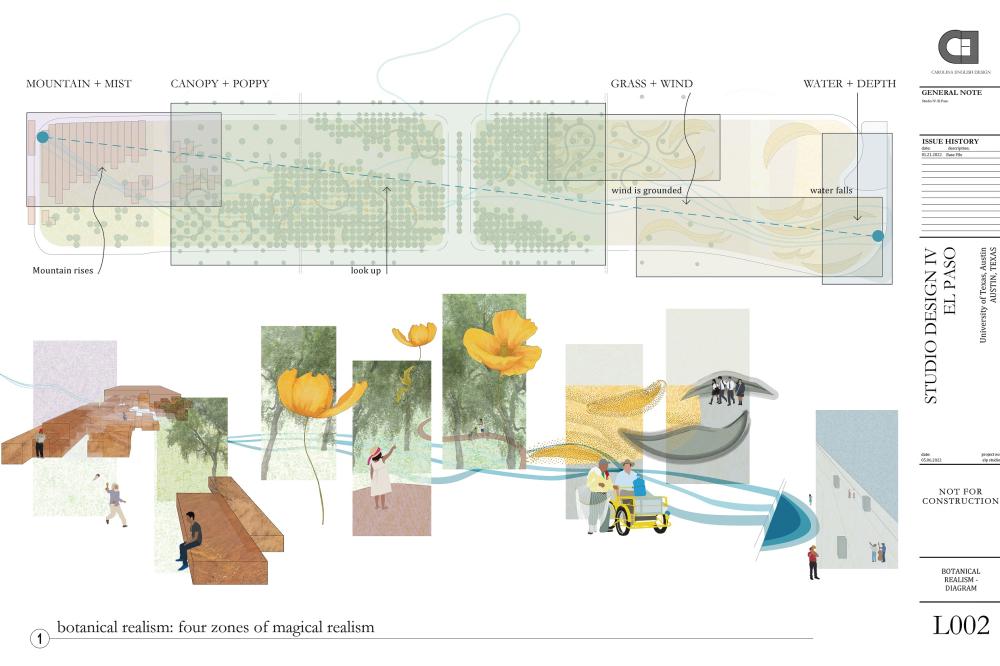 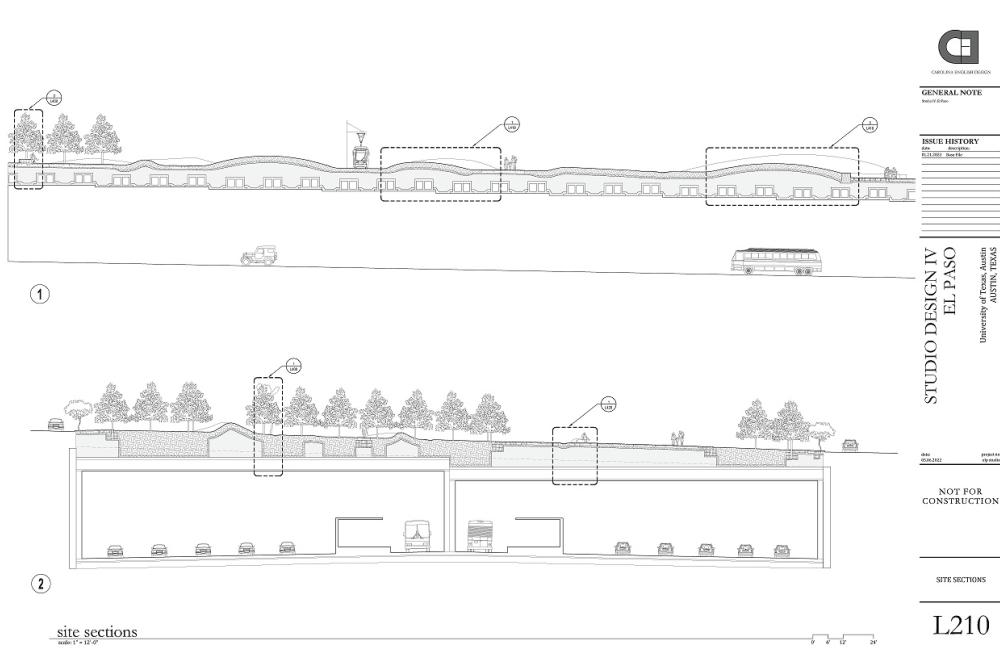 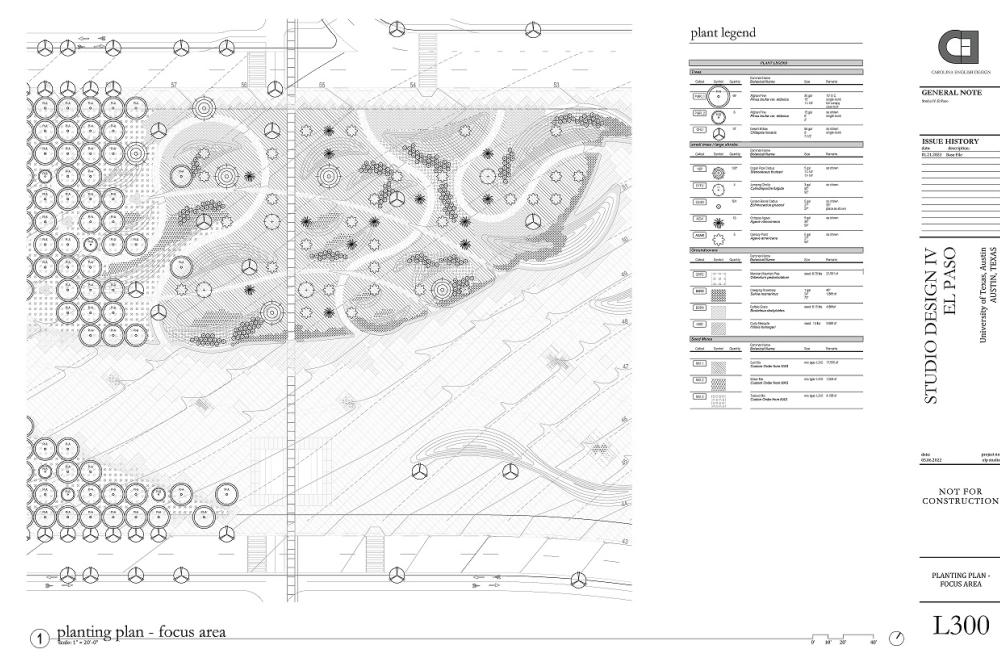 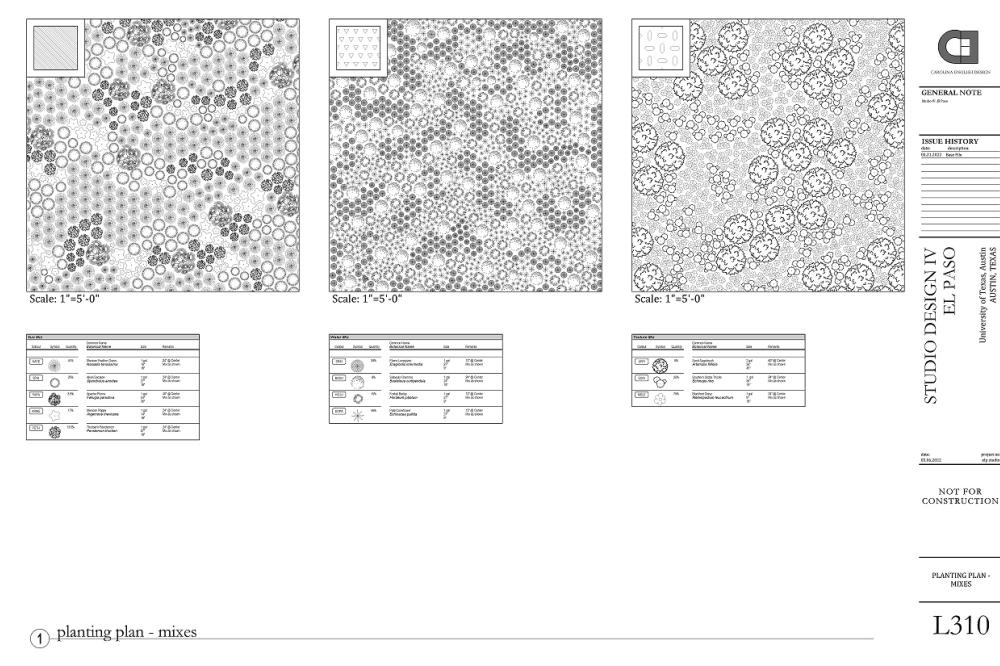 STUDIO DESCRIPTION
The Spring 2021 comprehensive design studio in landscape architecture engages in designing and developing a landscape-on-structure. A team of critics bridging practice and the academy provide instruction. Studio Outside, a professional landscape architectural practice in Dallas, Texas, has teamed up with the program bringing design excellence and professional standards to the course framework. Six blocks, roughly fourteen acres, of I-10 in El Paso, Texas, is slated to be covered and reprogrammed as a social and culturally relevant part of the city. Students are tasked to shape the urban future of the city through this landscape architectural project. The project demands a redefinition of the void as a platform for urban life while enhancing and engaging the region's existing social/cultural, biological, and physical processes. Project specifics will unfold after the completion of phase one. Anticipate a combination of the individual research-driven program with faculty-driven program requirements.

PROJECT STATEMENT
Magical Realism pulls placelessness into reality through interventions that create a hyper-awareness of one's surroundings. Hard infrastructure, in the form of roads and trains, visually and physically cut through El Paso, expressed as large-scale static embankments. Similarly, soft infrastructure, like the Rio Grande, divides the land through fluvial processes. When soft infrastructure becomes a rigid boundary between countries, territories become ambiguous and placeless. The placelessness of the deck over I-10 in El Paso is the subject of the design exploration whose execution seeks the depths of Magical Realism.

The deck park and botanic garden over Interstate I-10 seamlessly integrate the region's multi-modal transportation (L003) with the park and garden program. The multi-modal transportation connects to the surrounding urban fabric at specific points in the plan where uncanny sensory experiences are magnified. Those points occur at the intersection between the extended city grid and abstractions of the historic changes to the  Rio Grande River. There are four main interventions (L002): Mountain+Mist, Canopy+Poppy, Grass+Wind, and Water+Depth. The areas detailed for construction are the Canopy+Poppy and Grass+Wind, delving into more of the micro-experiences, such as the benches, in these areas.