An Infrastructure for Reality by Franny Kyle 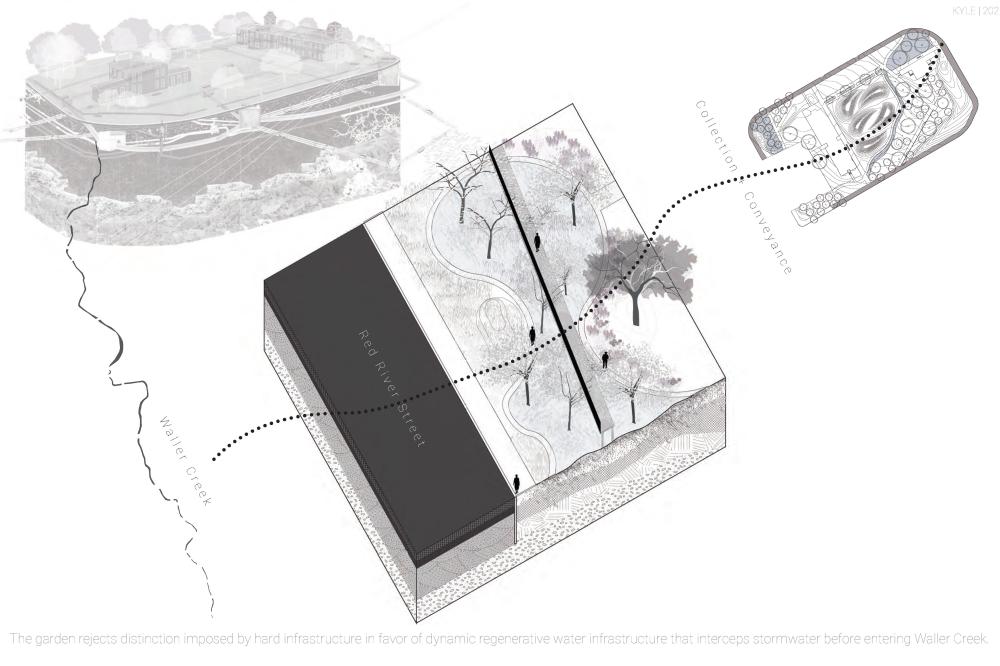 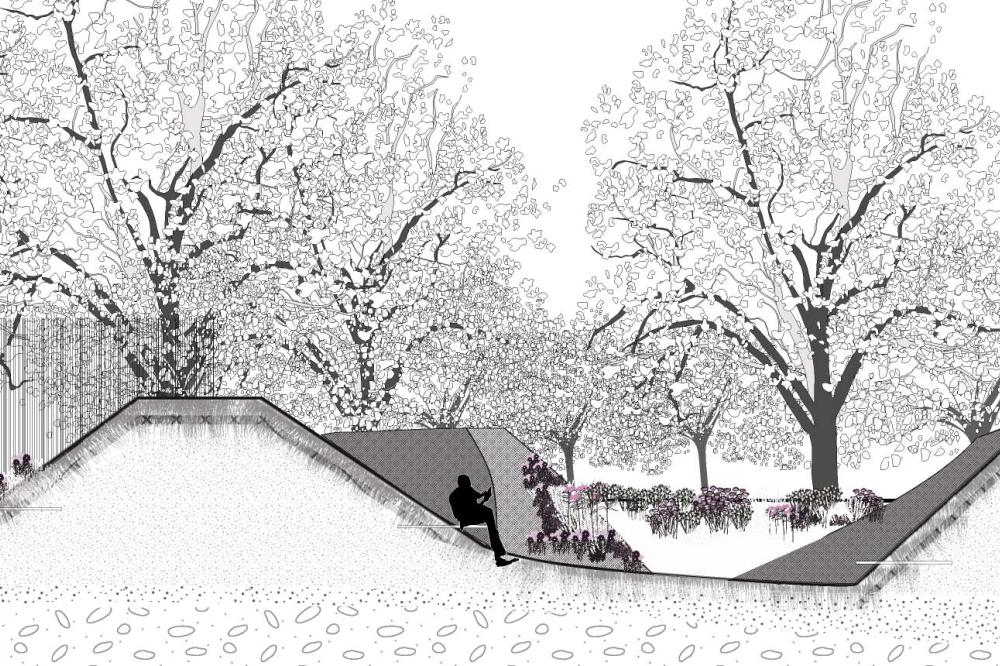 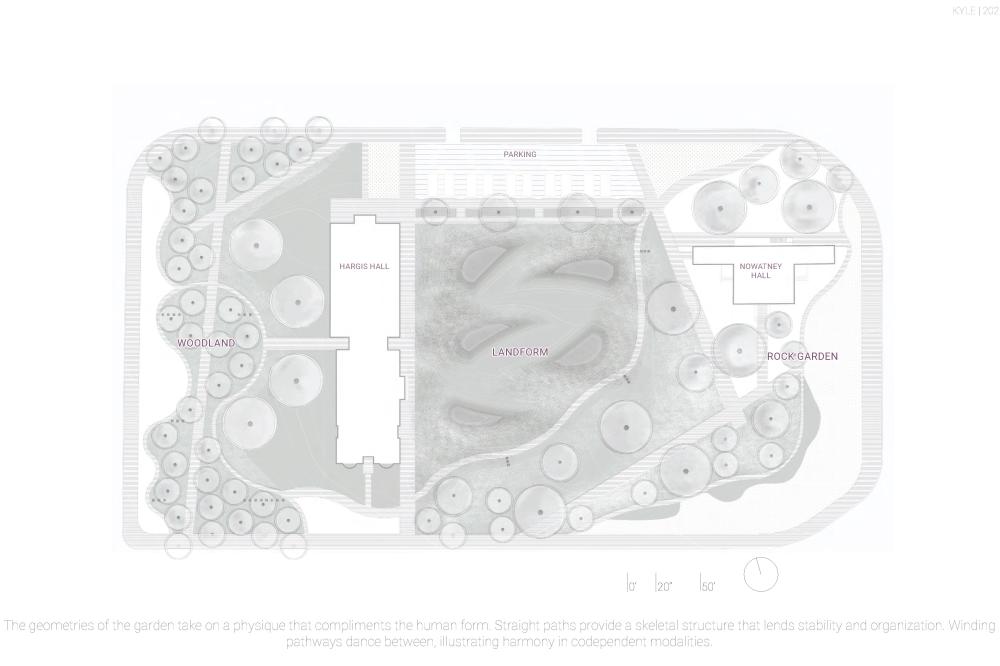 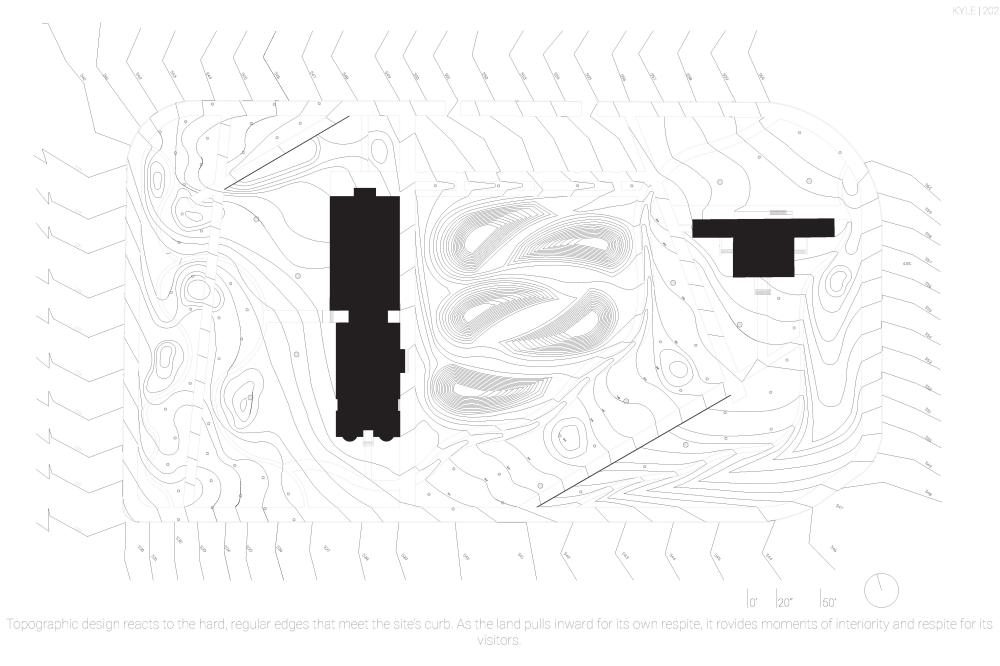 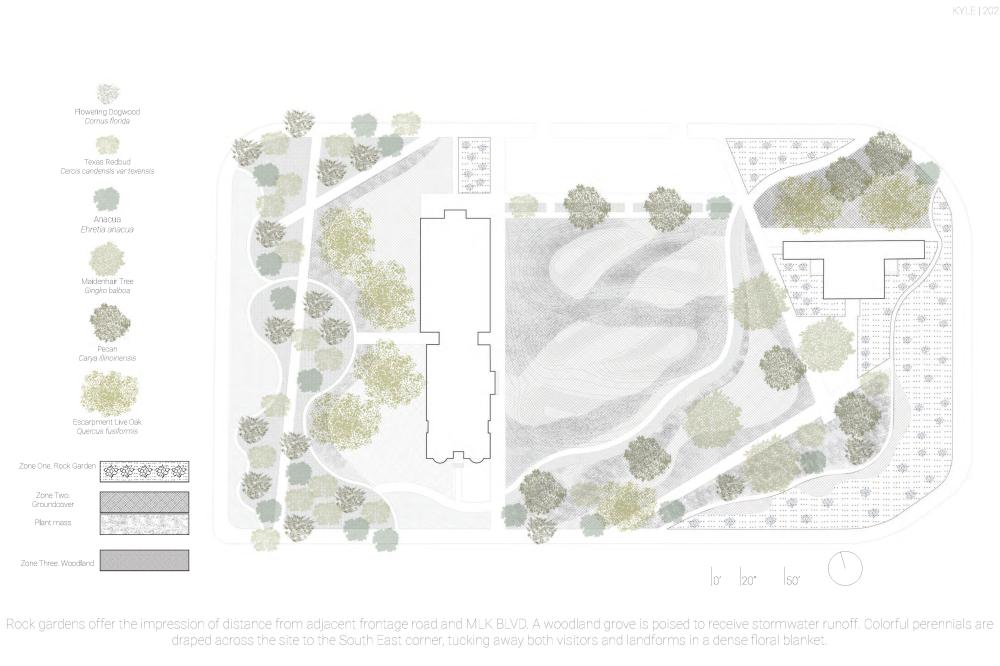 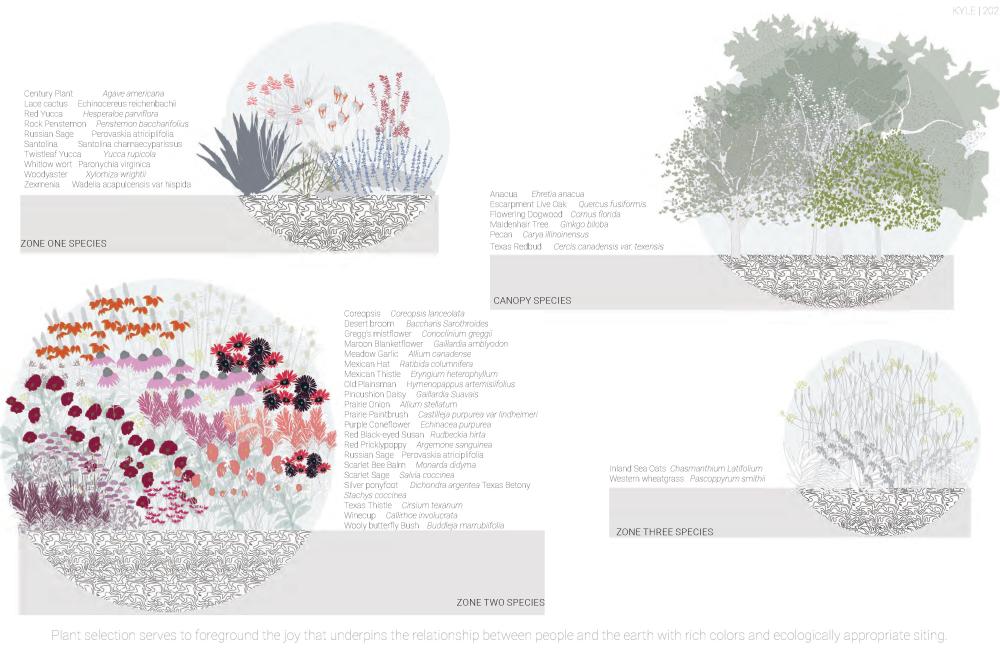 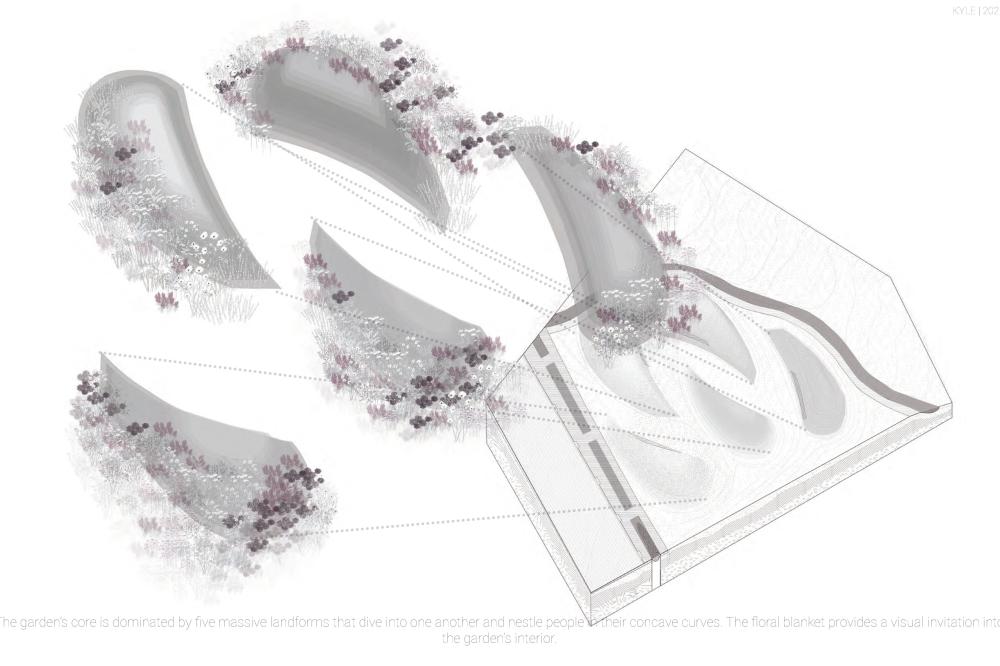 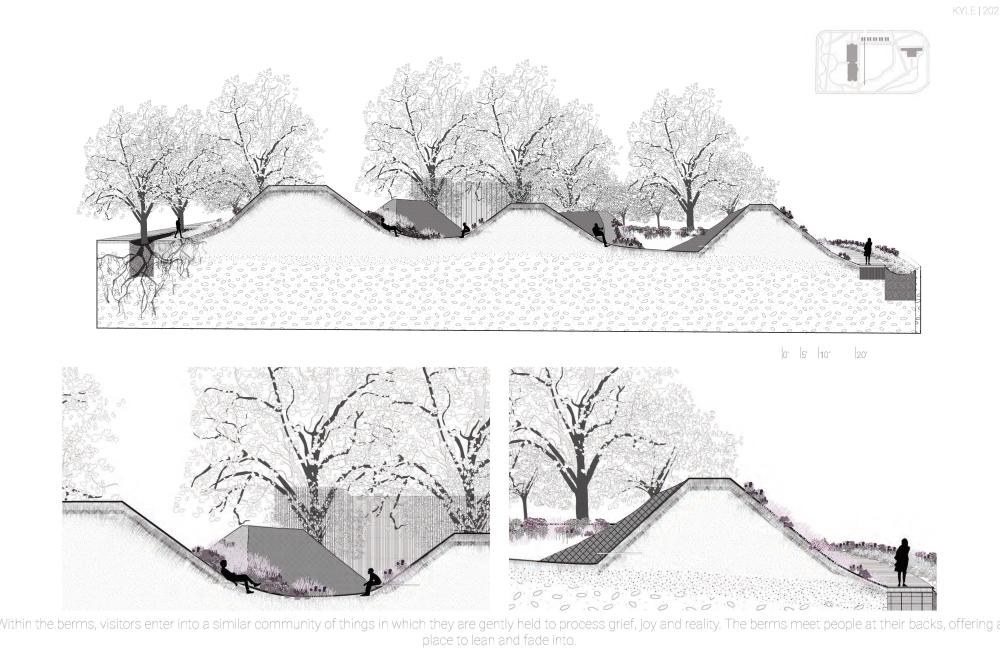 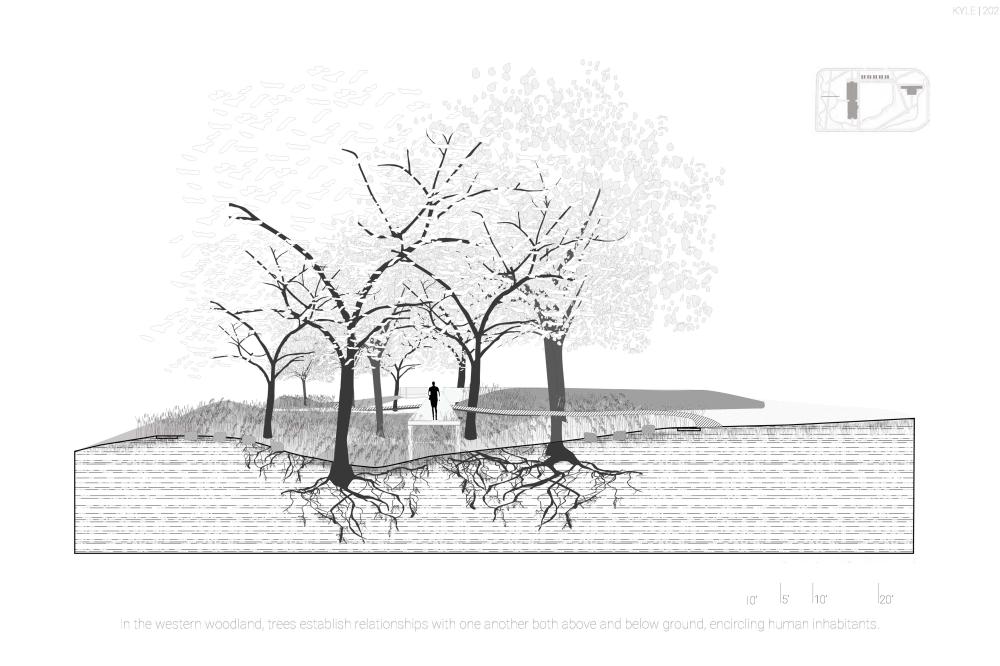 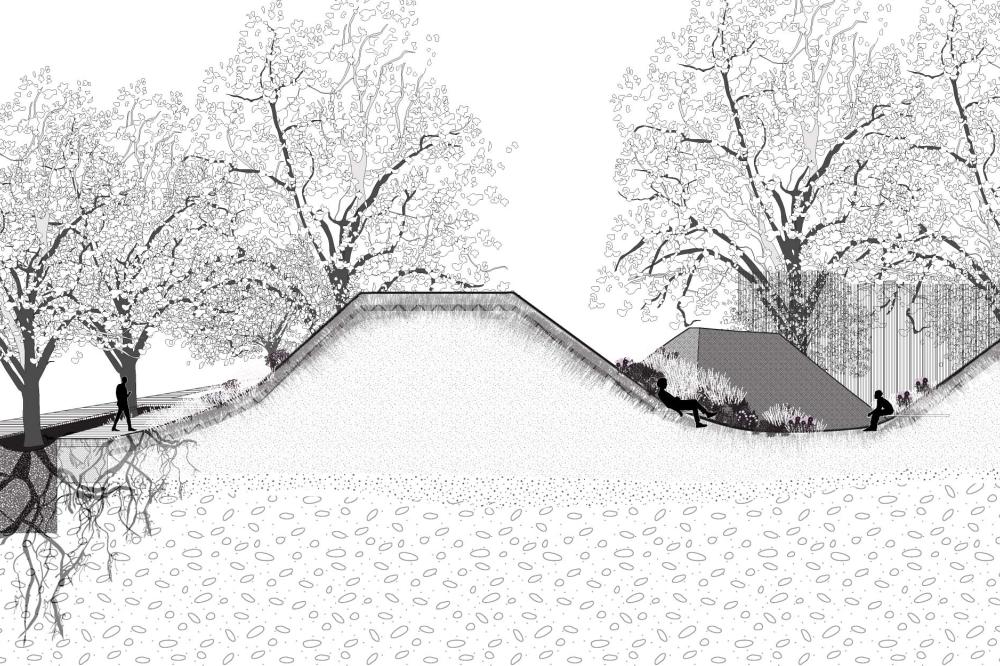 STUDIO DESCRIPTION
This studio explores design as a regenerative practice. Students will investigate the regenerative potential of spatial tactics that shape the land while developing fluency in compositional principles and site planning. The focus of research and design in this studio is applying and adapting agroecological systems of the designed landscape to address climate change, planetary health, cultural value, and long-term land stewardship.

The final module seeks to develop a regenerative infrastructure for health through design, resulting in a public landscape that interrogates the history of the medicinal garden, adapting its form and purpose for 21st-century needs.  The students were tasked with designing the Heman Sweatt Campus as a restorative space for human inhabitants - local communities, visitors, medical district employees – and non-human beings – plants, animals, soil microbes. The landscape is a gateway to the Medical District, linking the Central Core Campus north of MLK to points south, including the health institutes, School of Nursing, Dell Medical School, and Dell Seton Medical Center. As such, it should be inviting to diverse inhabitants and legible as regenerative infrastructure. This landscape also must facilitate the social and academic life of the medical district community by providing a space for human interaction that supports learning, experimentation, and collaboration.

Our work will be guided by the following questions: What constitutes a medicinal garden for the 21st century? How can design facilitate a new infrastructure supporting human health and well-being? How does the design of a medicinal garden as a public landscape within a Medical District Campus necessitate new forms of hybridity?

PROJECT STATEMENT
In an era where half of Americans live with a chronic illness and anthropogenic behaviors have fundamentally altered global climate, the design proposal for the Heman Sweat Campus at the University of Texas at Austin is conceived as a regenerative infrastructure. The proposal applies and defines regenerative infrastructure as a muscular formal language that invites people and the planet to enter into landscape space where the sense of loss cannot be untangled from the era's realities.

The proposal interrogates the design language of the medicinal garden, not only a language between people but between people and planet as partners in grief and companions searching for a new paradigm of healing that acknowledges the truth that some things remain unresolved, only carried. The paralleling of human bodies and cosmic bodies breaking poses questions about how these bodies might enter into a spatial and supportive dialogue with one another?

The jury recognizes the level of completeness achieved in the project with a particular commendation on how the site plan responds to the urban systems both ecologically and socially. The multi-scalar approach is reflected in the conceptual intent. The boldness of the project's intent aims to reference the human condition, the garden, site, and the University