Richmond Island: The Case for Flux by Heather Corcoran and Margaret Gallagher 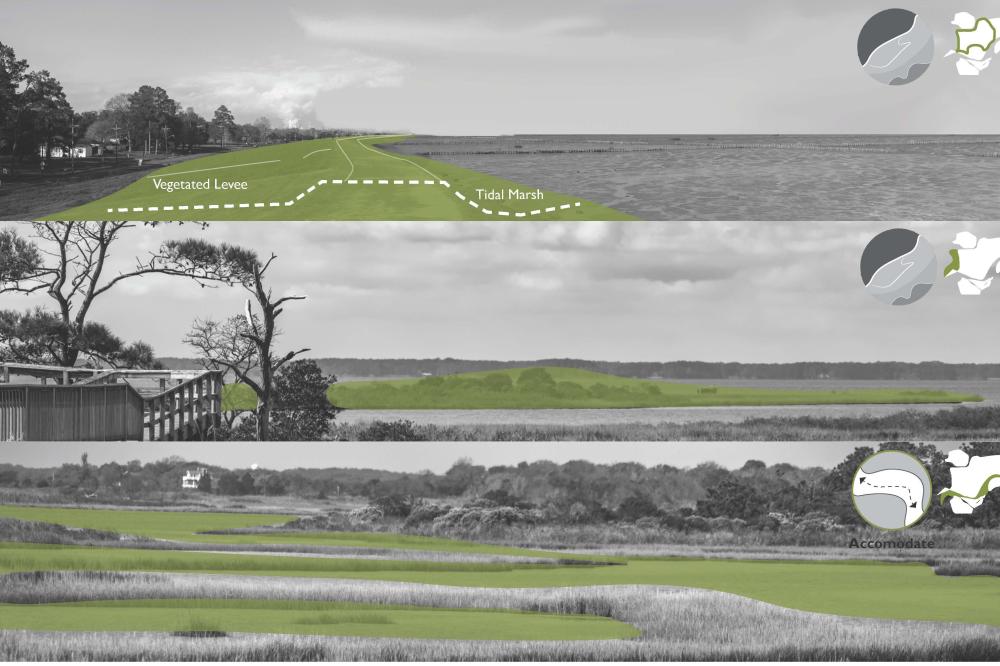 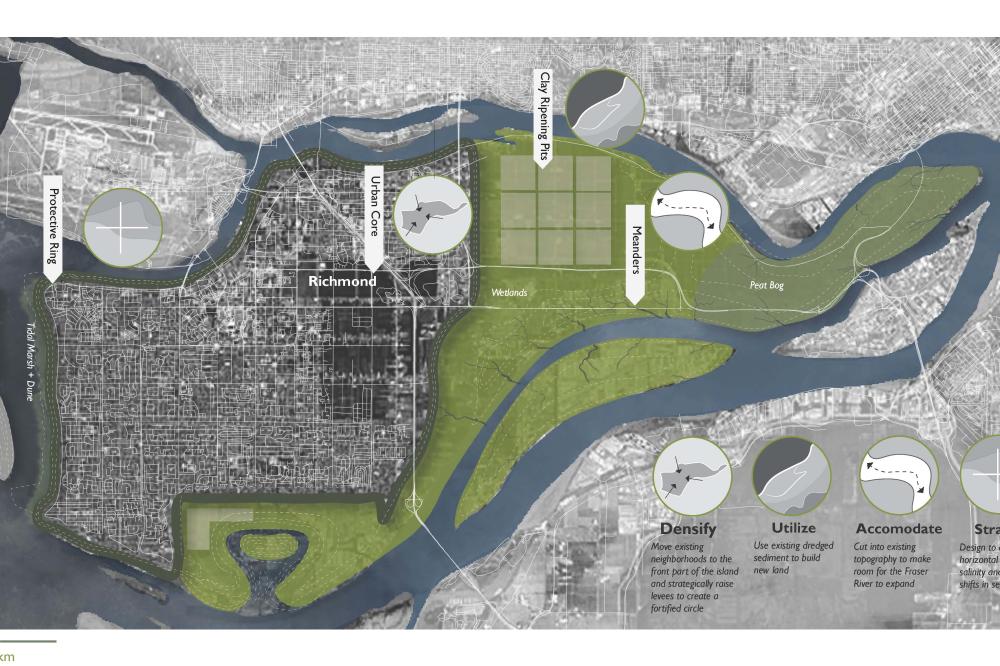 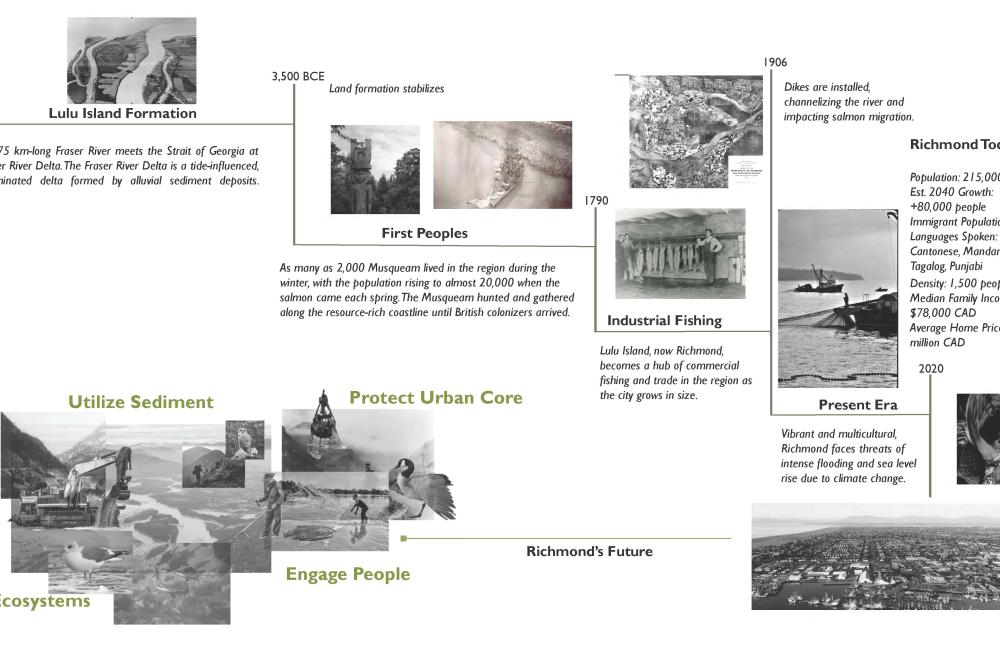 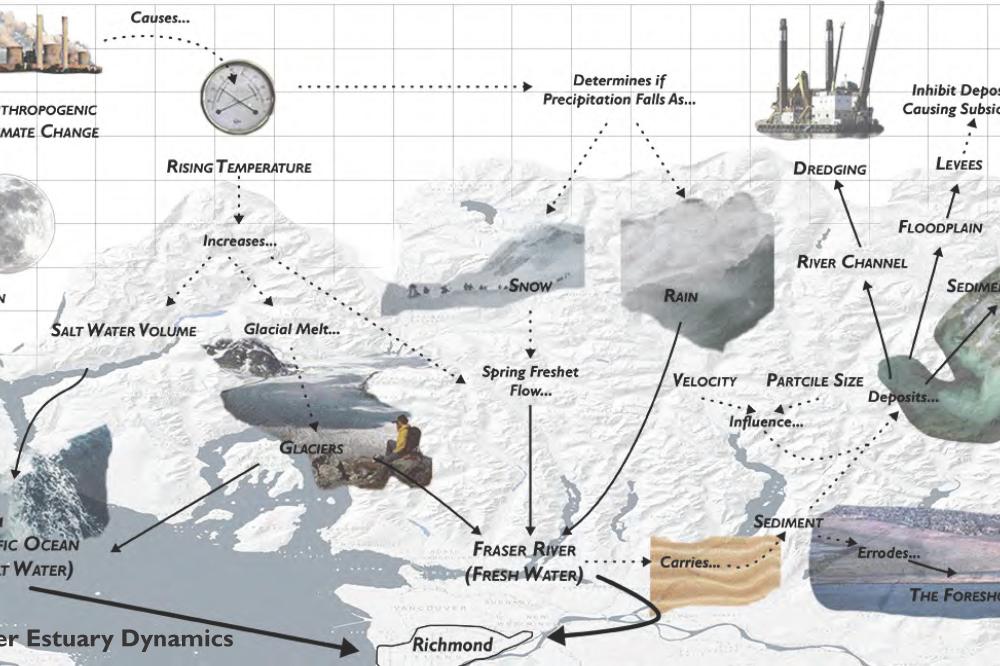 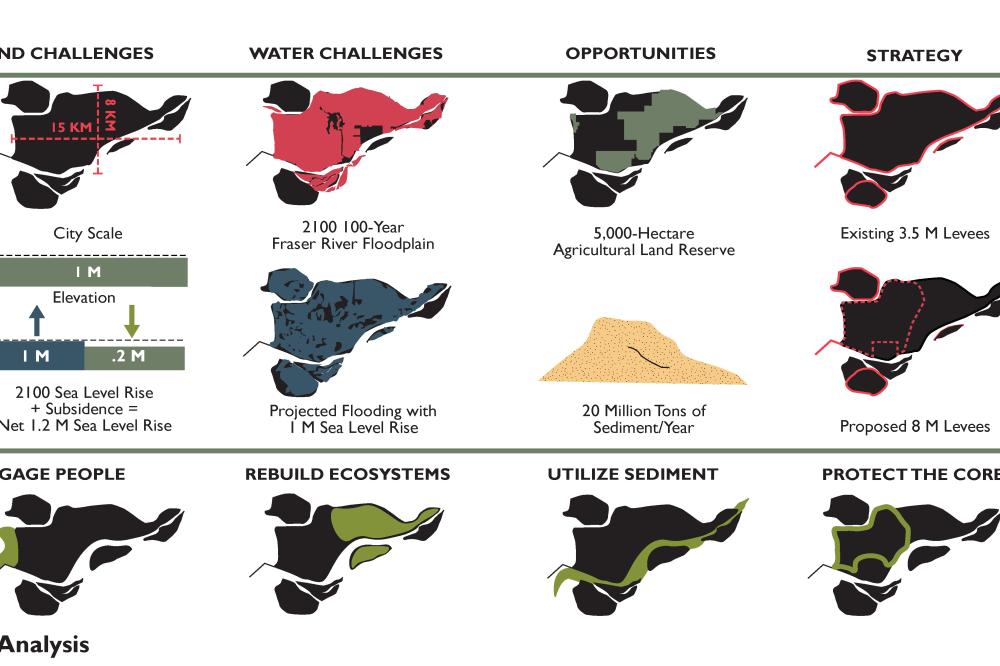 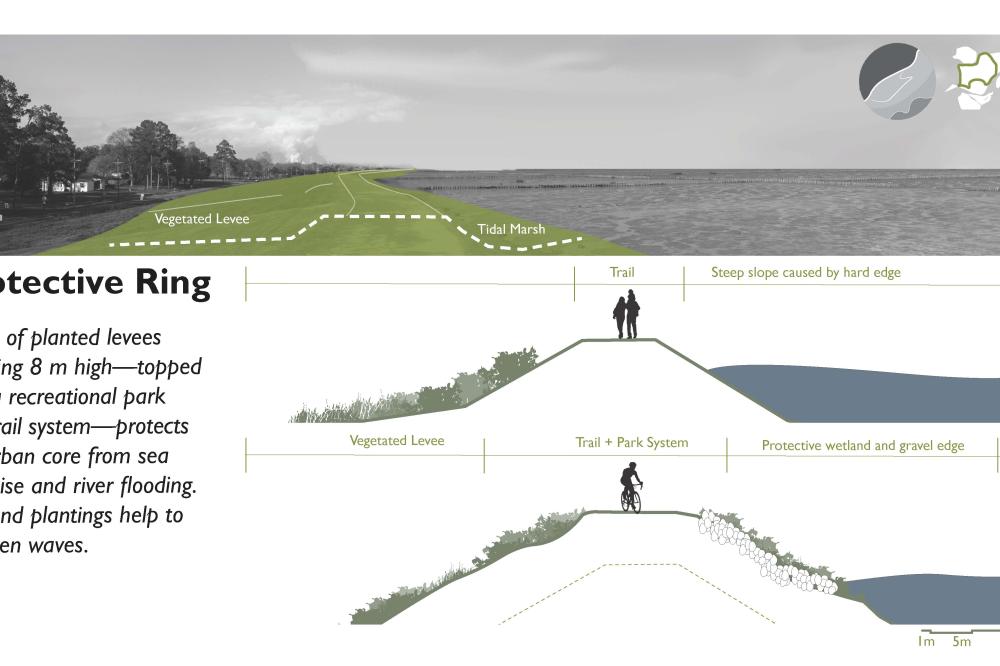 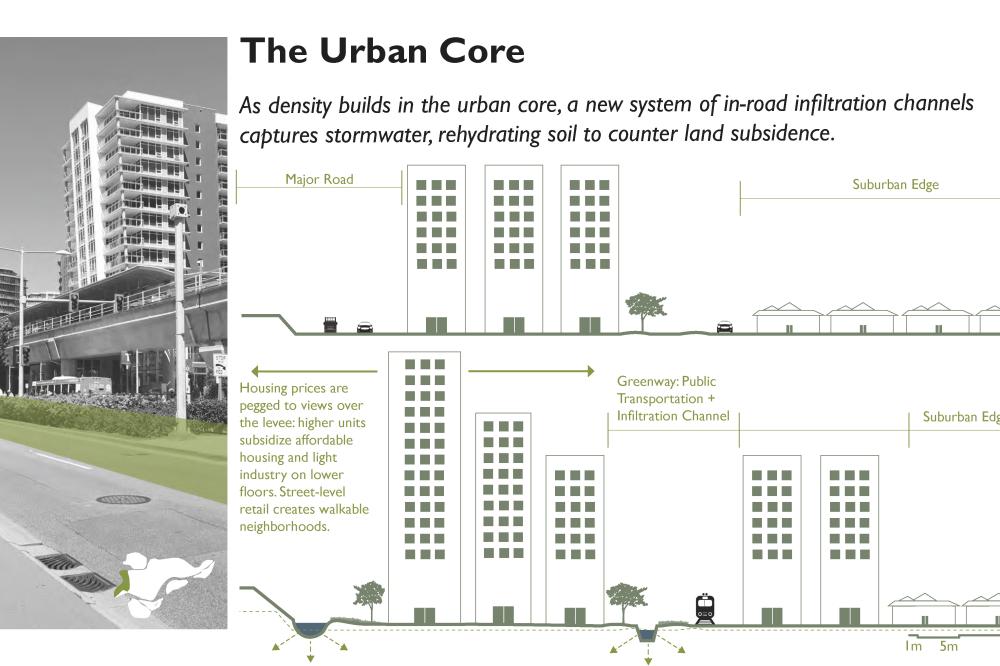 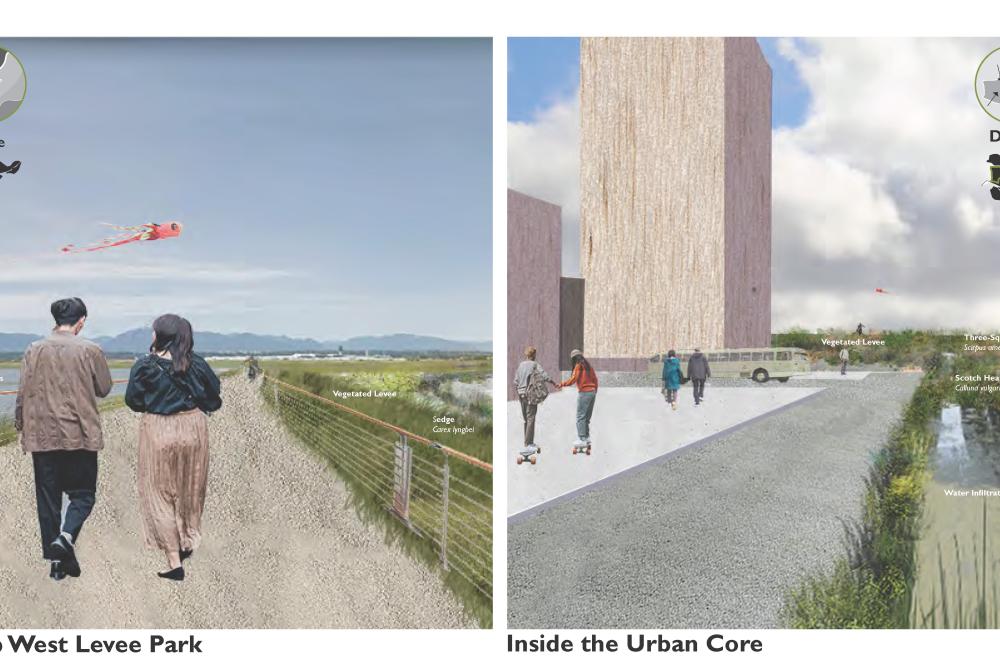 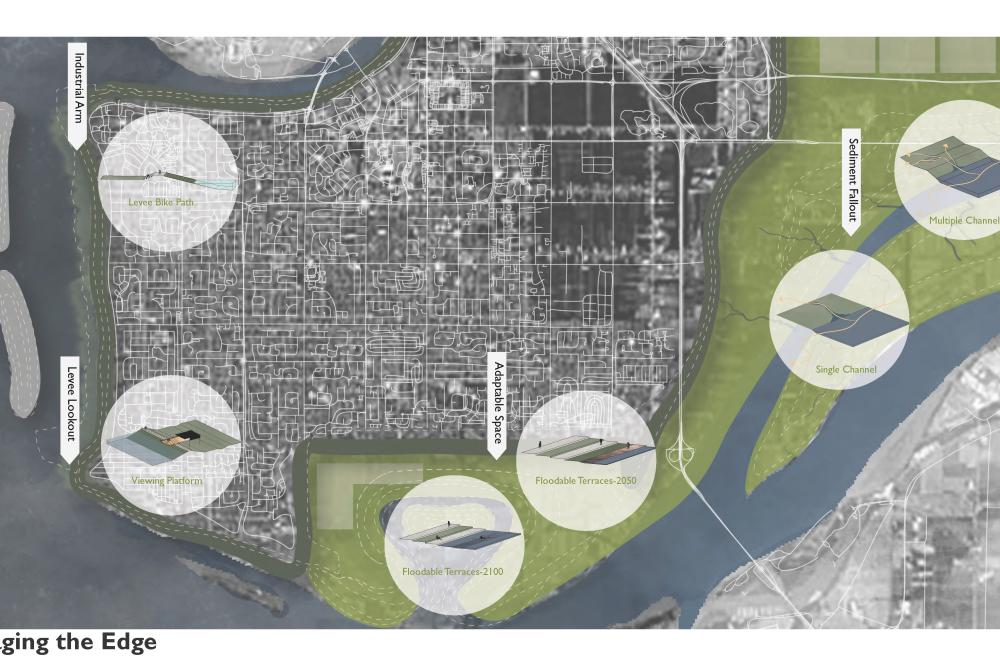 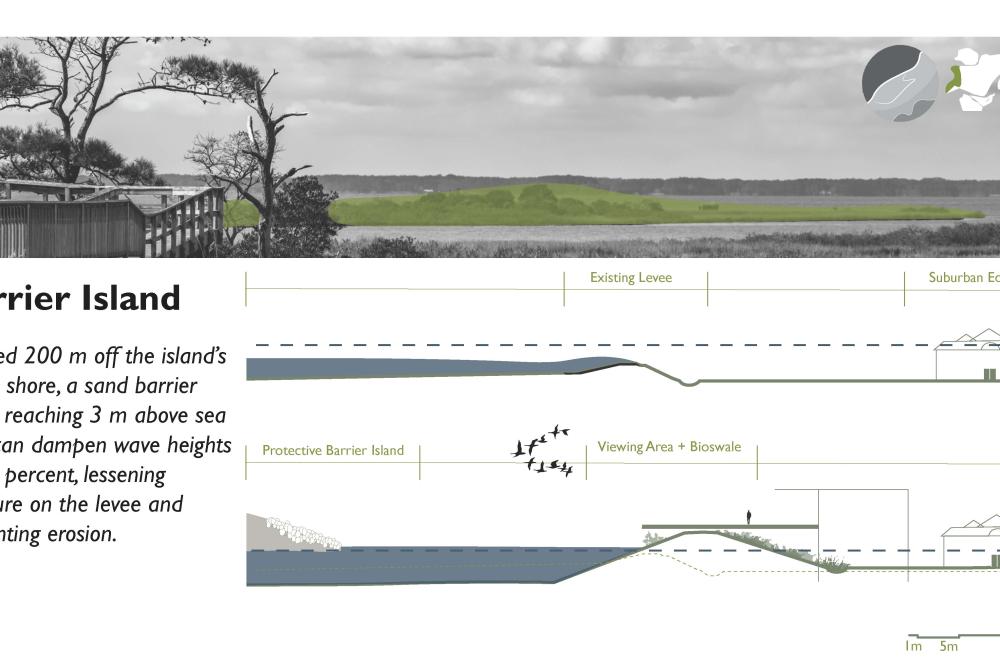 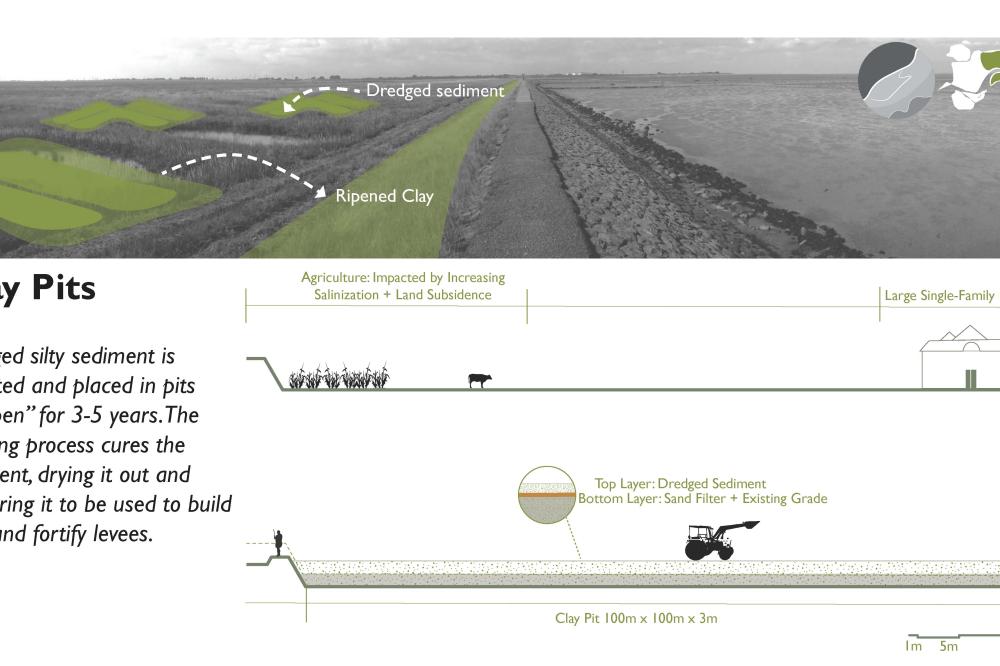 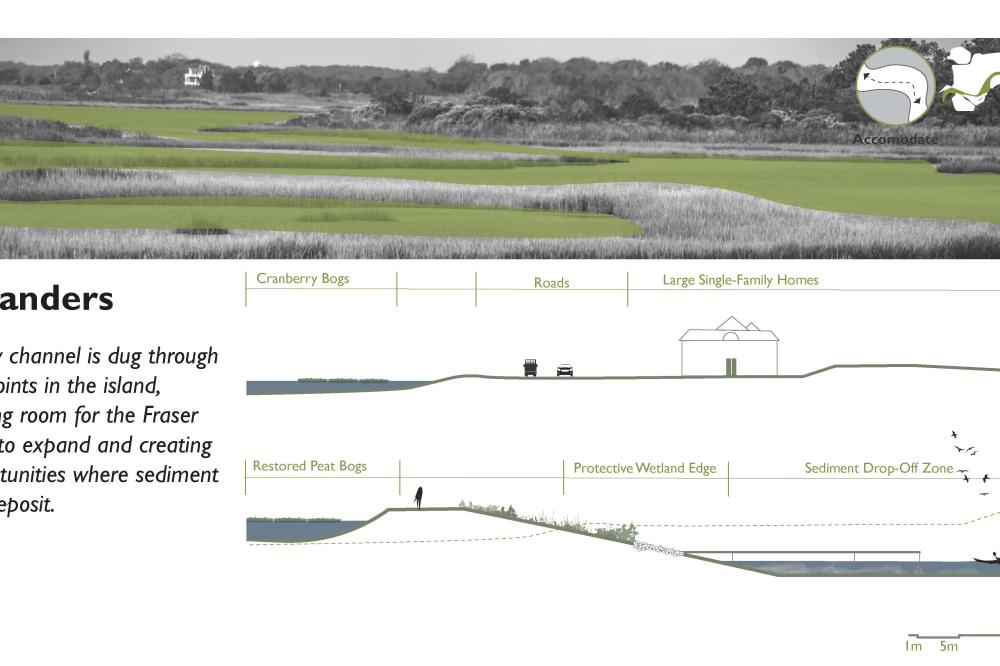 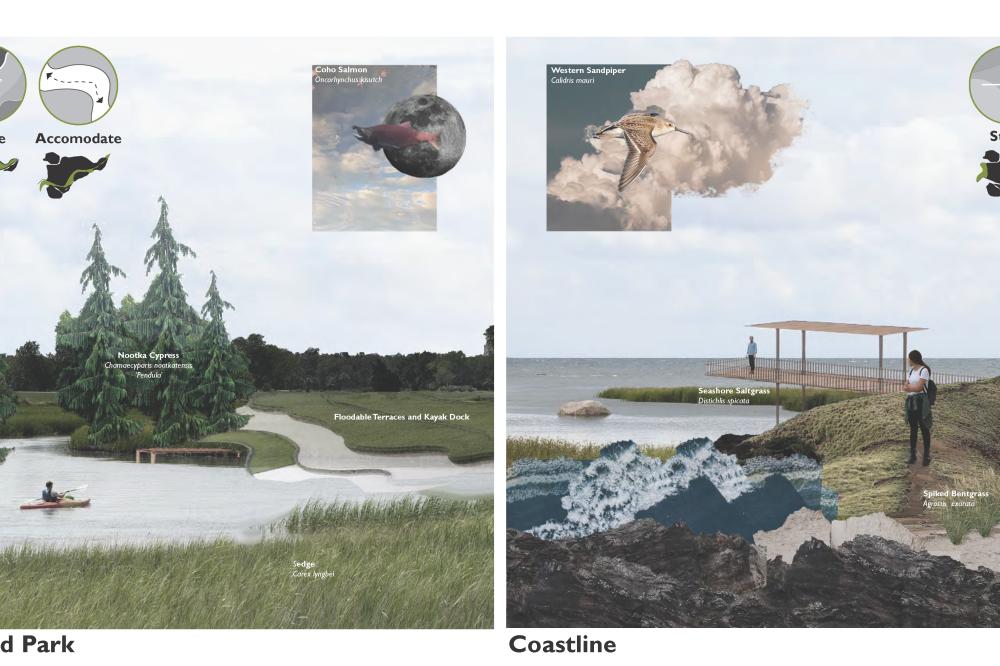 STUDIO DESCRIPTION
Cascadia, a region encompassing Portland, Seattle, and Vancouver, is the backdrop for the third-semester core studio in landscape architecture. The Fall 2020 studio focused on the region's physical and cultural connection to water and considered the role of design in informing models of urban inhabitation that engage ideas of resilience and adaptation in urban systems in the context of climate change.

PROJECT STATEMENT
Richmond Island, British Columbia, is located 30 miles south of Vancouver. One meter above sea level, the island is home to 200,000 people and at risk of disappearing before the end of the century. The Case for Flux proposes a protective series of linked systems informed by shifting water levels and salinity changes of the Fraser River Delta as a means to address the island's uncertain future.

The project aims to simultaneously protect settlements from sea level rise and draw attention to transitional moments of flux caused by seasonal and climate changes. Our project is an alternative to the city's $300 million inaccessible rigid raised-dike barriers that render these subtle fluctuating moments and large-scale changes largely invisible. The project has four goals: utilize river sediment, rebuild ecosystems, protect the urban core, and engage people.

The jury applauds the team's research engagement into hydrology at multiple scales (regional, metro, and local). The project explores and speculates on new urban relationships to hydrological systems, building on interviews, diagrams developed from scientific papers, and mapping cultural and ecological relationships to the river. Particularly robust is the proposal of a hybrid condition between people and engineered systems that changes over time - rather than a singular and static marsh restoration project.