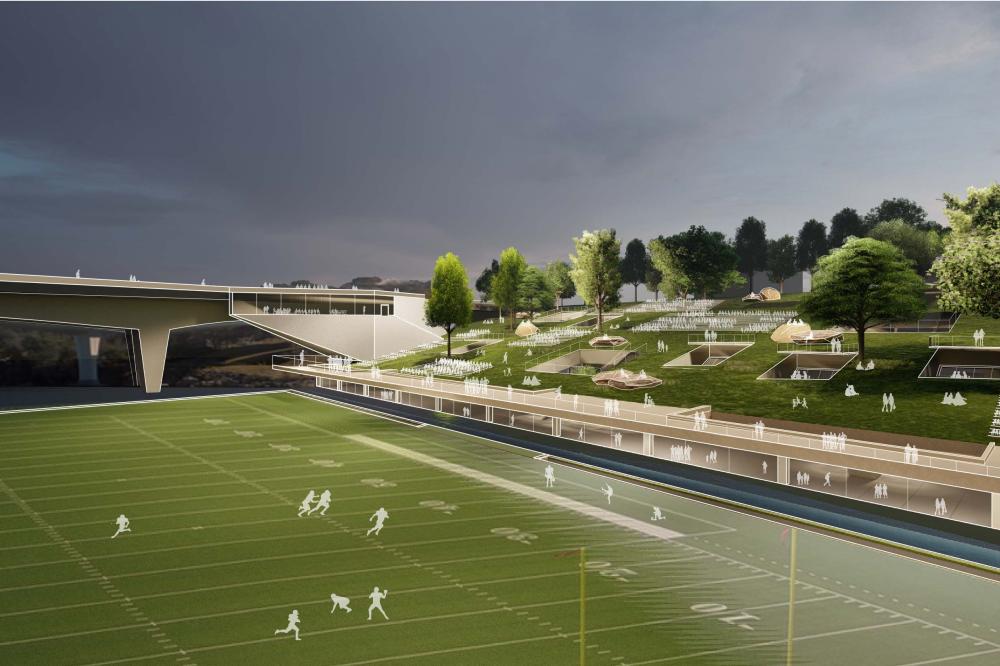 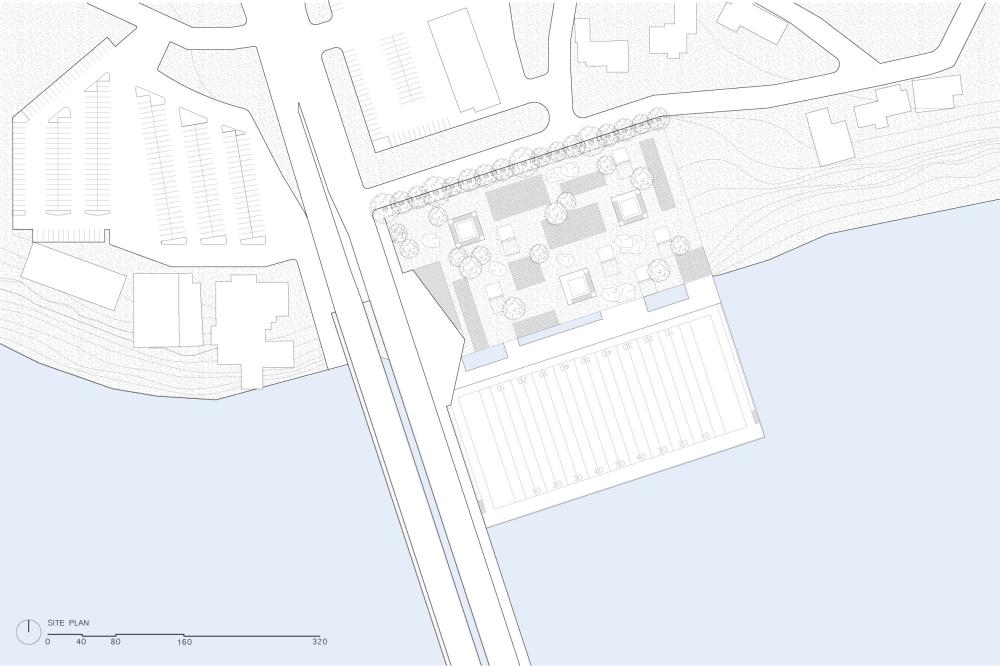 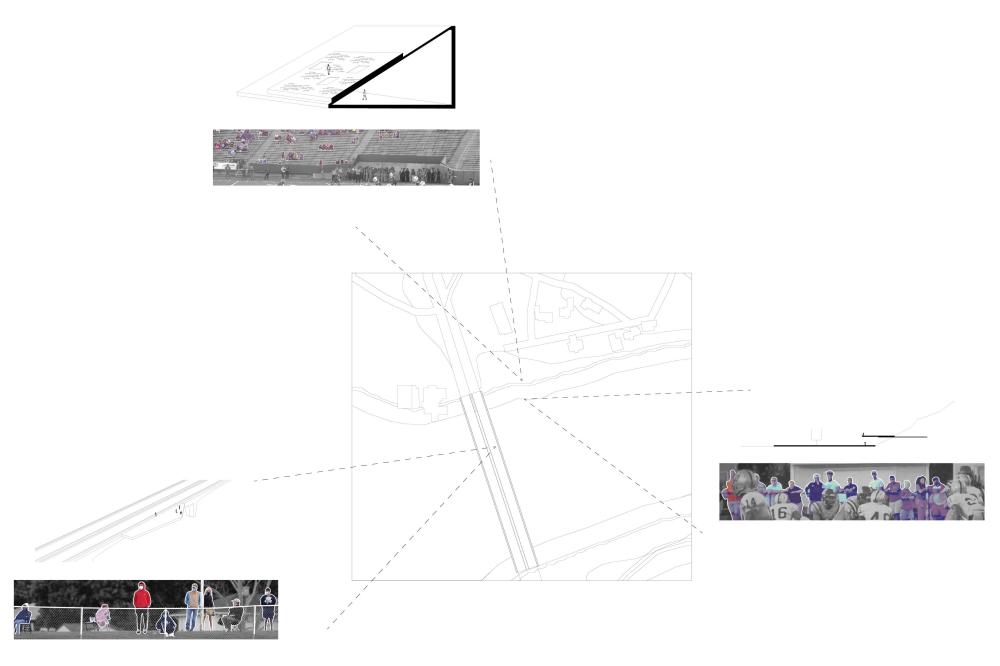 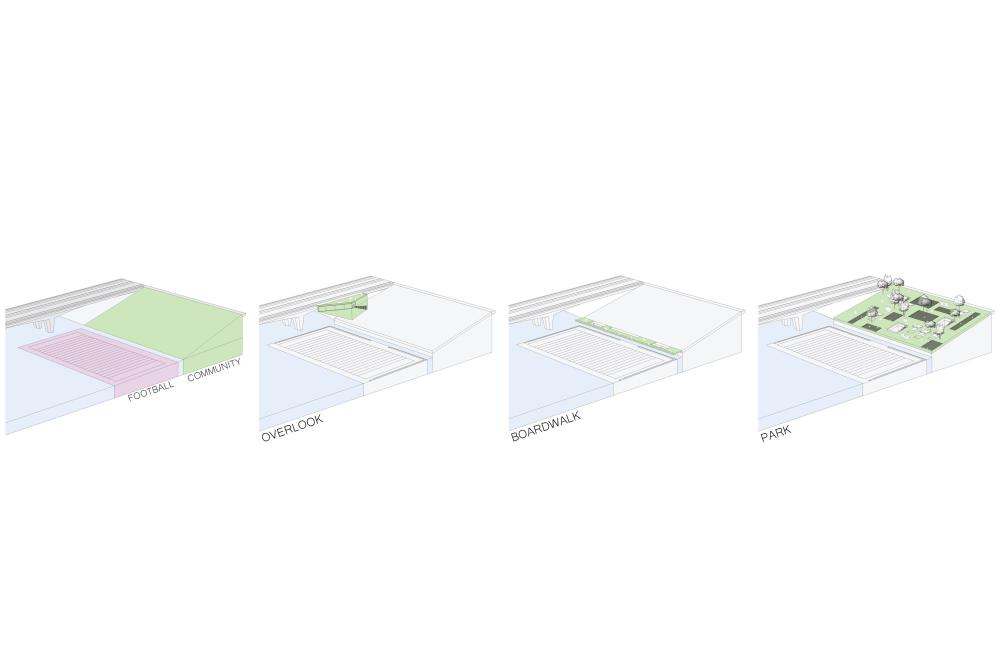 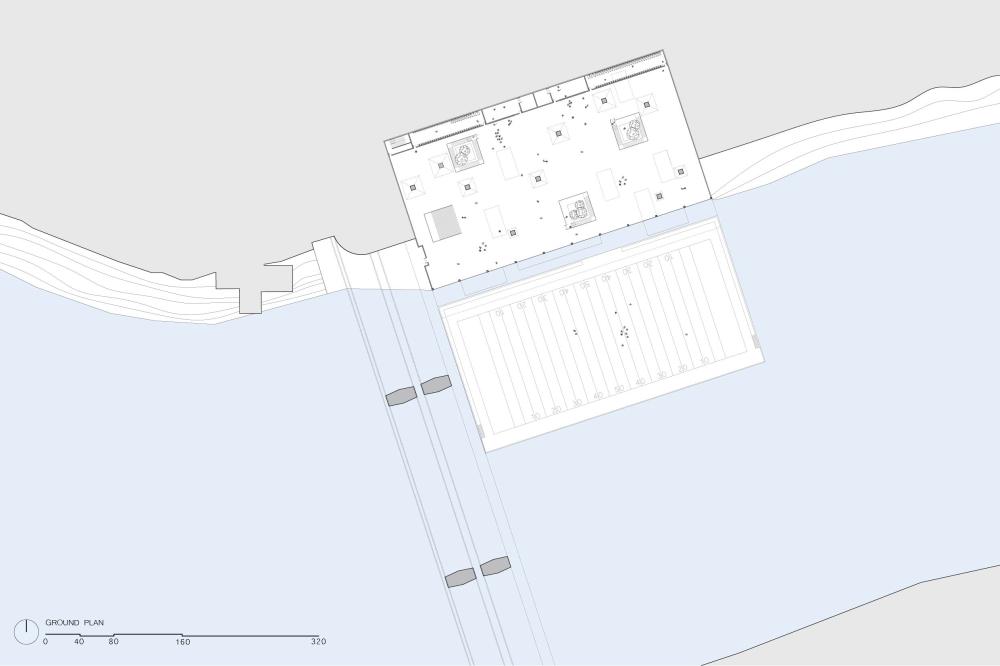 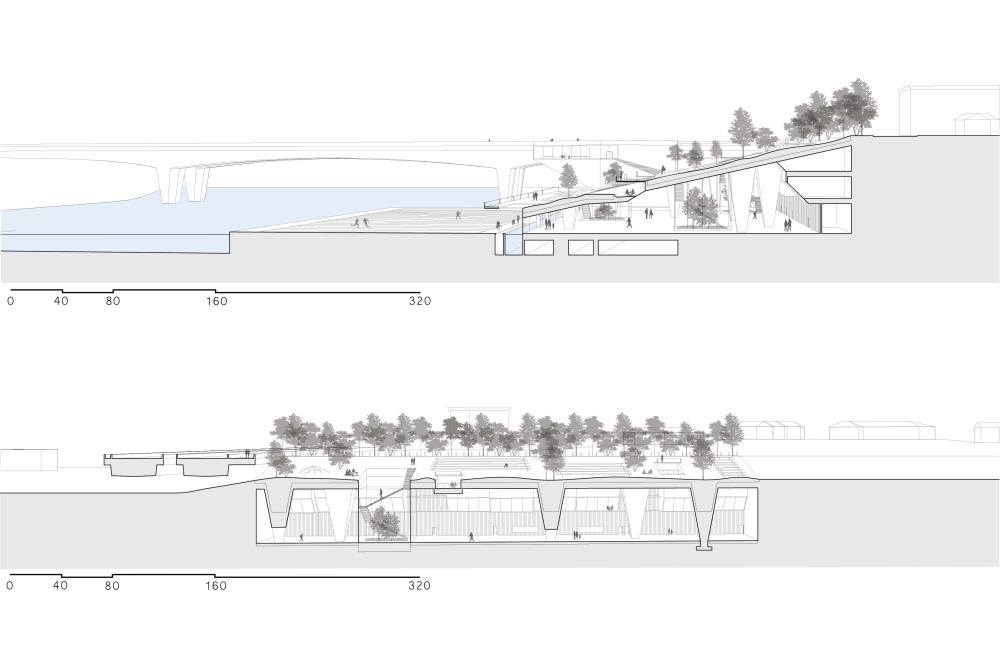 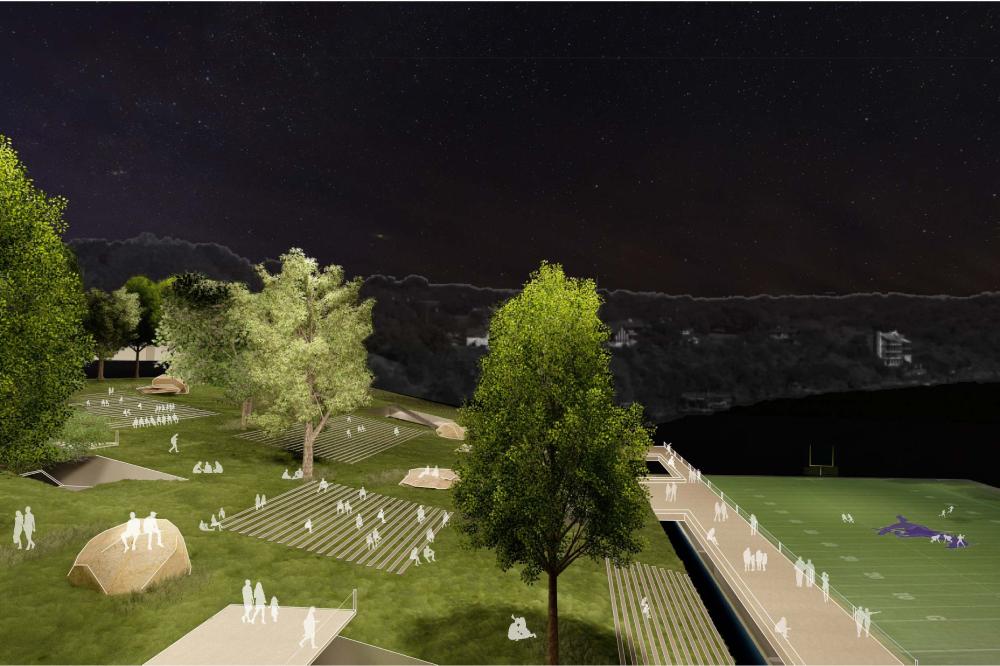 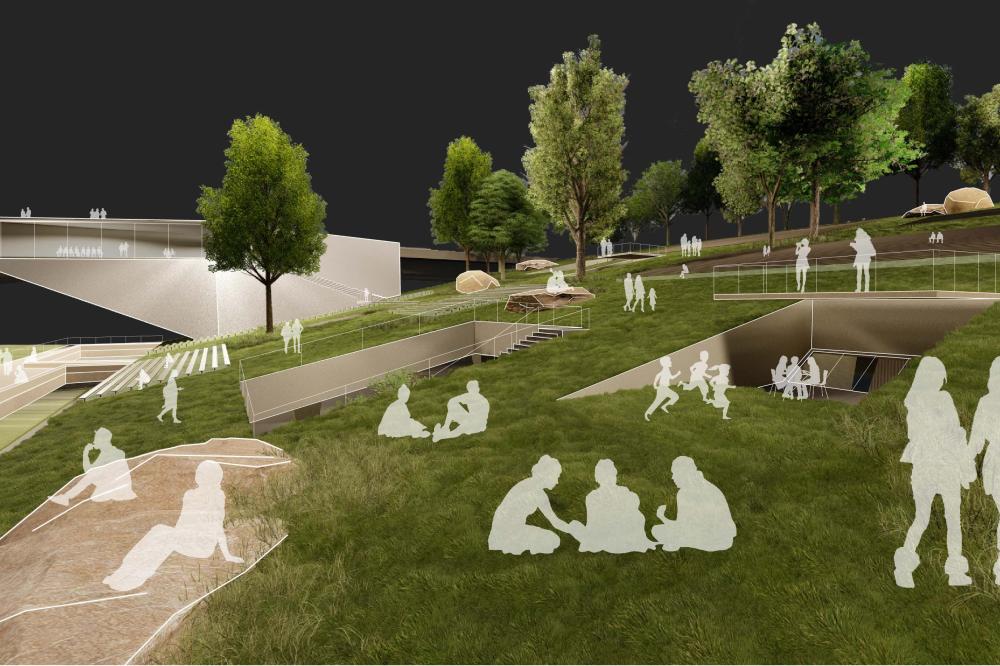 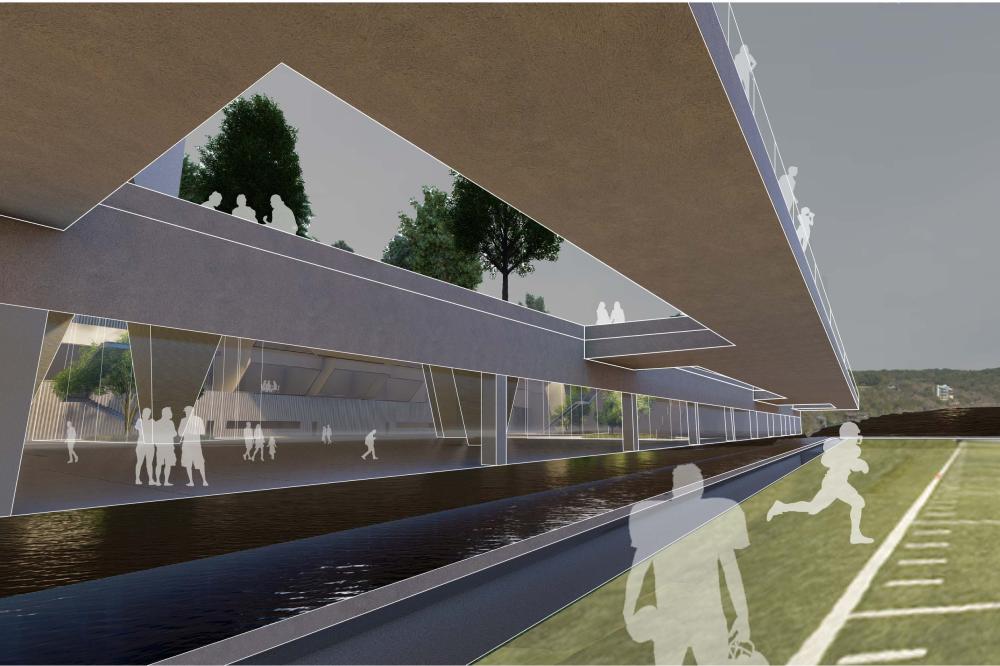 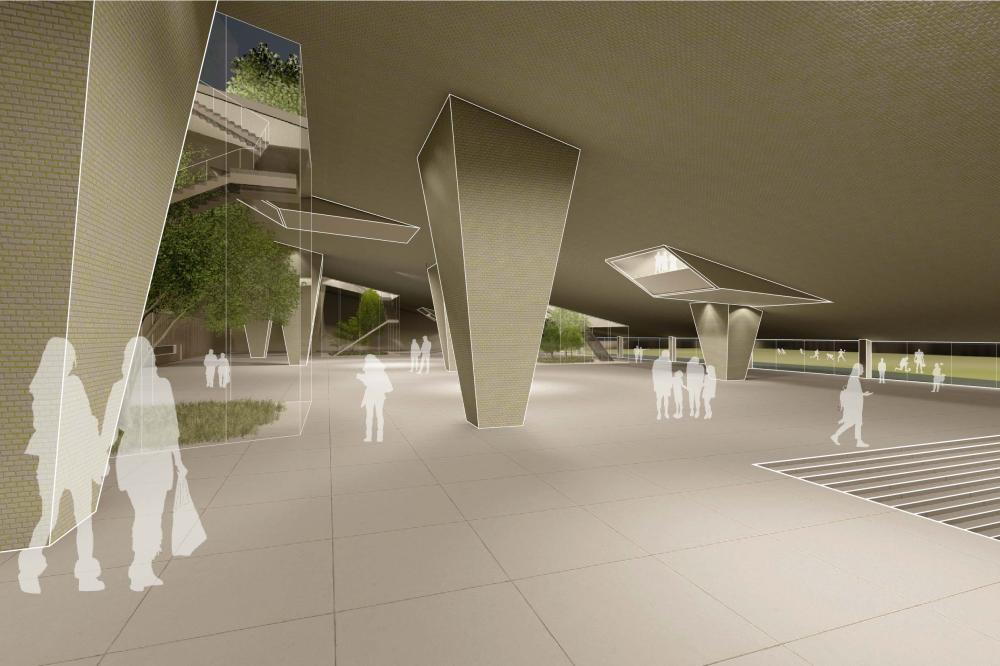 The site is located on the edge of the Colorado River. Thus, the close proximity of the water’s edge allowed me to push the field out into the river so that the full extent of the site could be dedicated to the
community. After examining three ways in which individuals traditionally watch football games, I was able to create three distinct zones that would not only facilitate the watching experience but also double as functional public spaces when games are not in session. These three distinct zones include the overlook, the boardwalk, and the park.

Accentuating the natural slope of the site, I was able to create a grassy hillside park with a clustering effect of formal and informal seating. The clustering elements include various sized metal benches, viewing pods, large boulders, and trees giving individuals the freedom to inhabit the site as they please. In turn, this allows people to be in the open air and be a part of the community and energetic atmosphere of the football experience without having to be forced to formally sit and watch the game.

Due to the open nature of the hillside, I decided to carve out an interior space underneath where service functions, such as restrooms and concession stands, can be found while also providing an interior air-conditioned space where people can watch the game. Additionally, this large interior space also functions as a community event space when games aren’t in session.