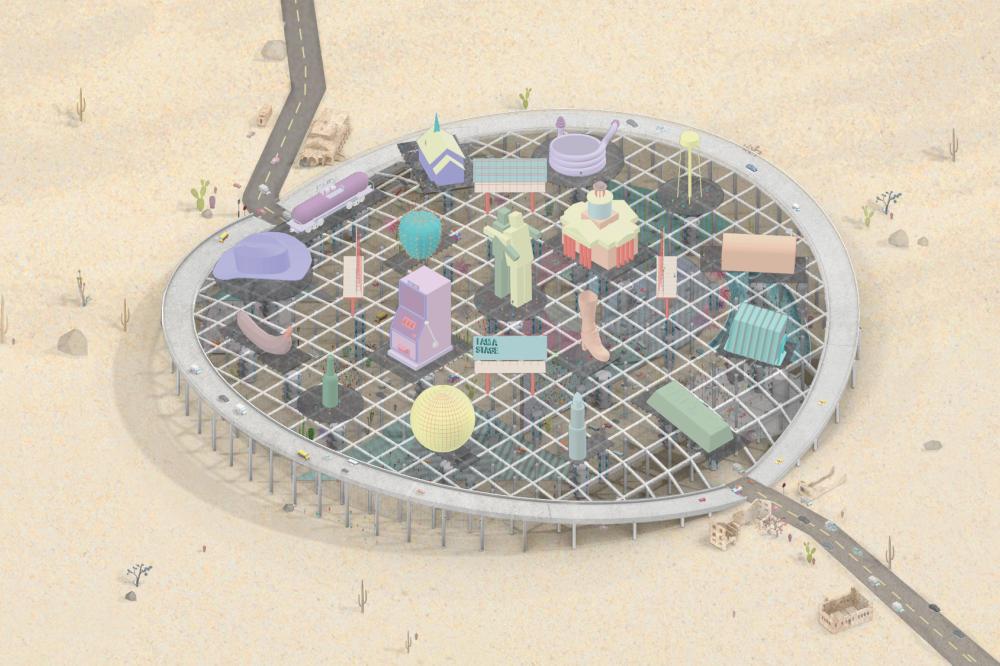 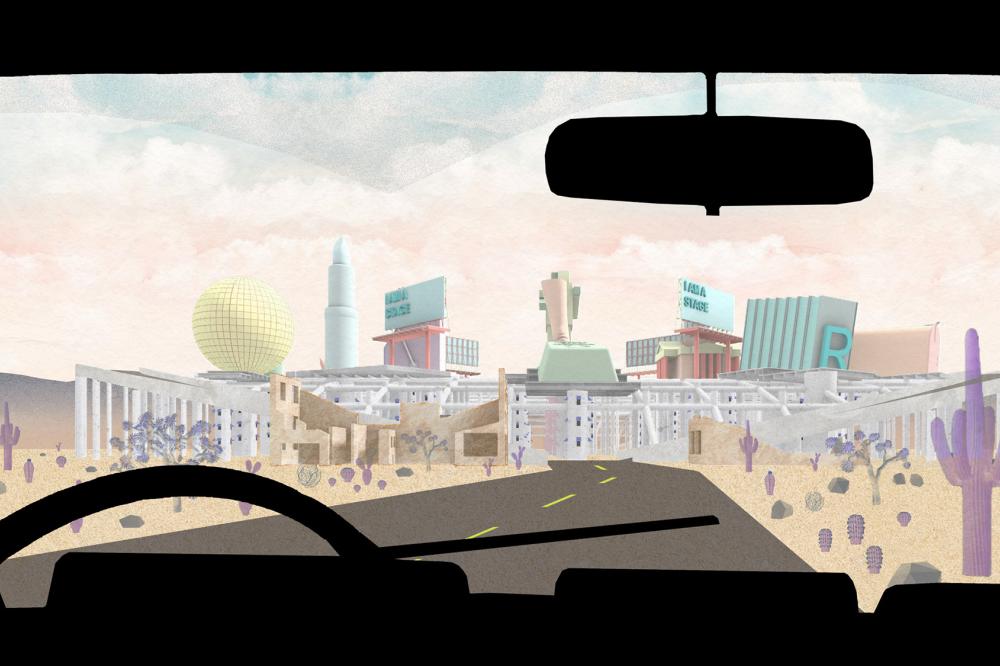 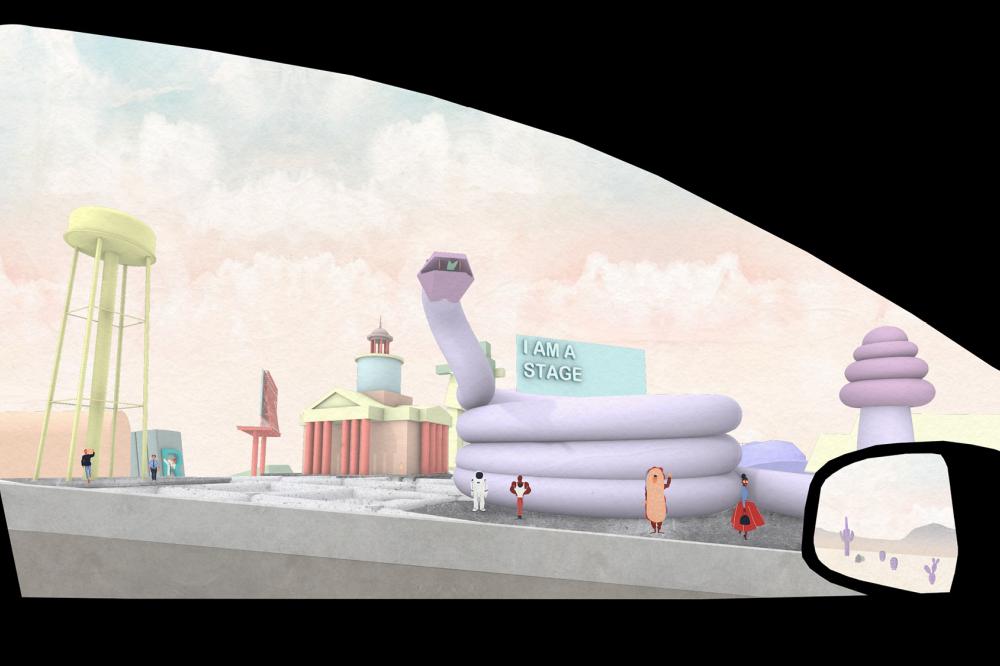 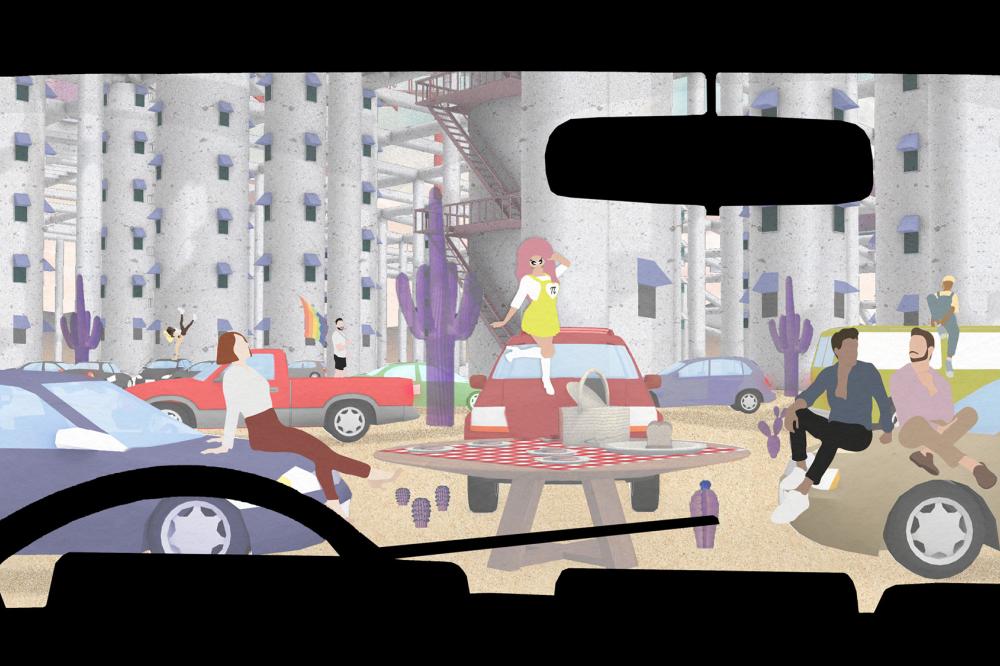 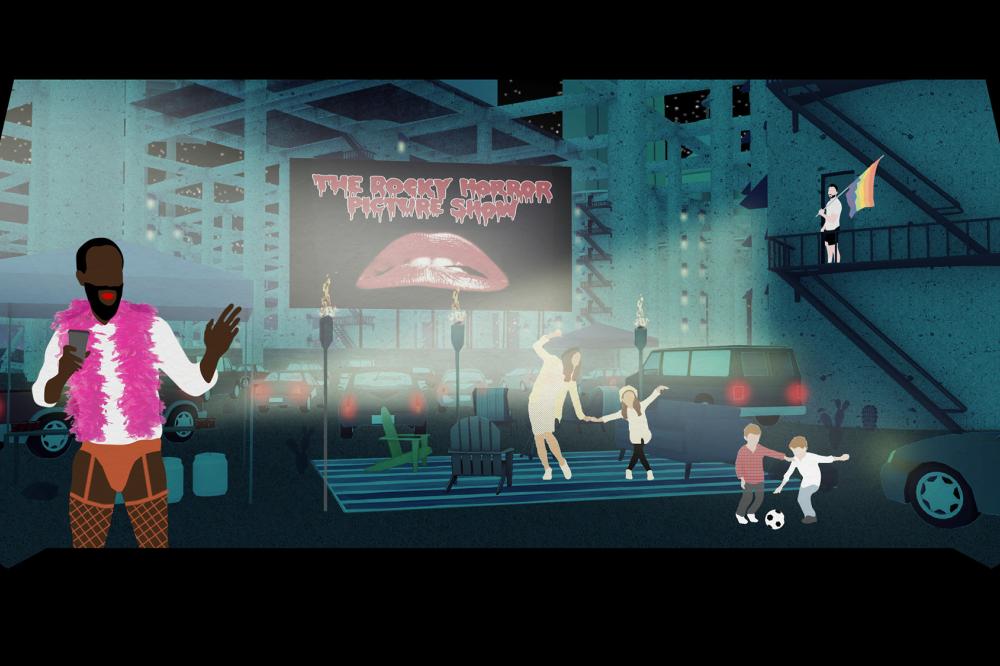 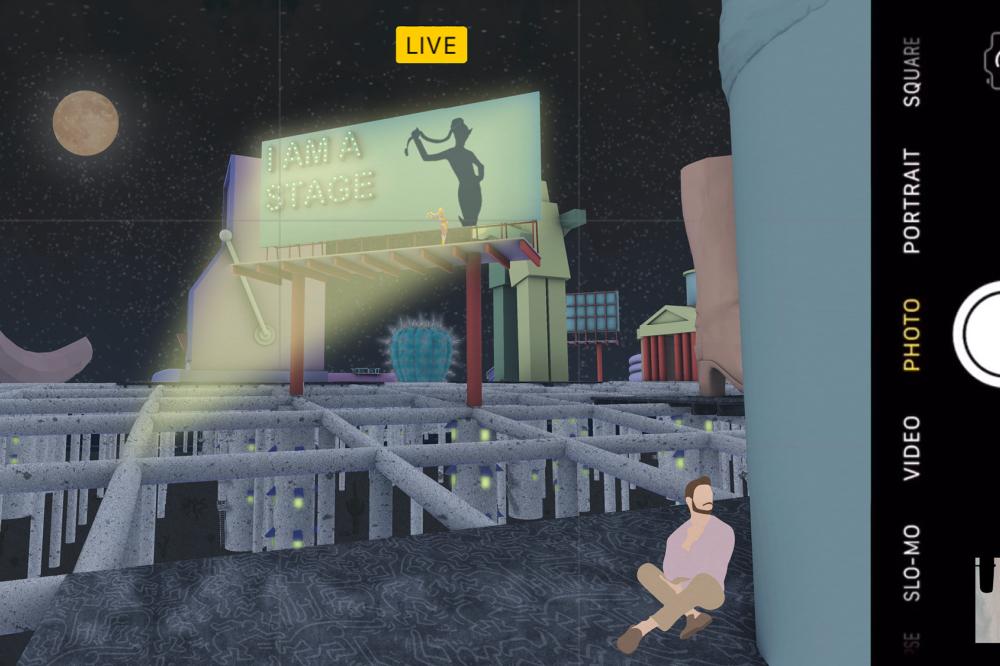 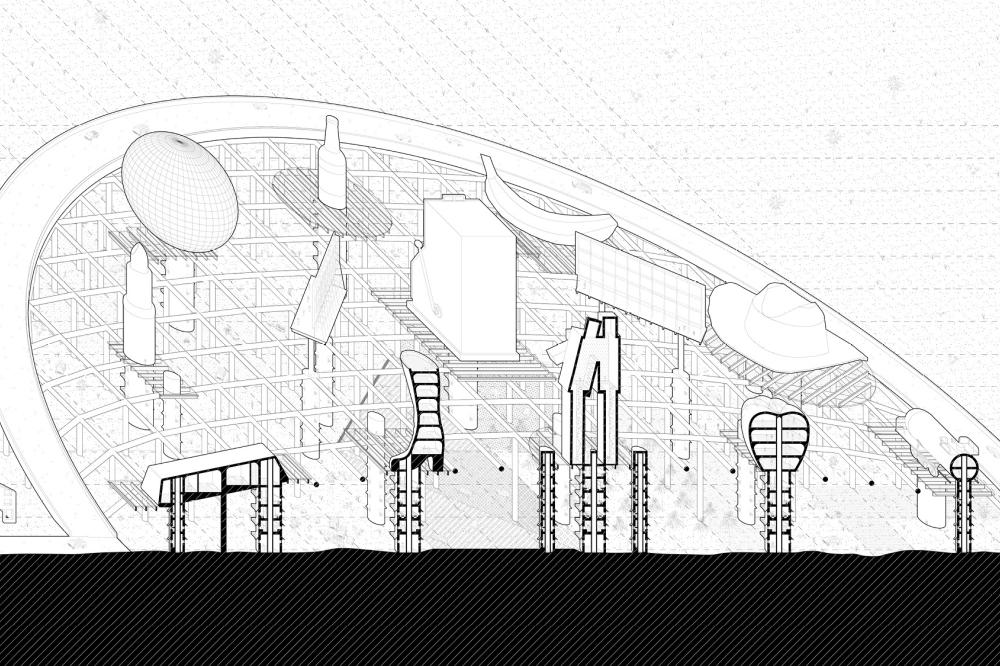 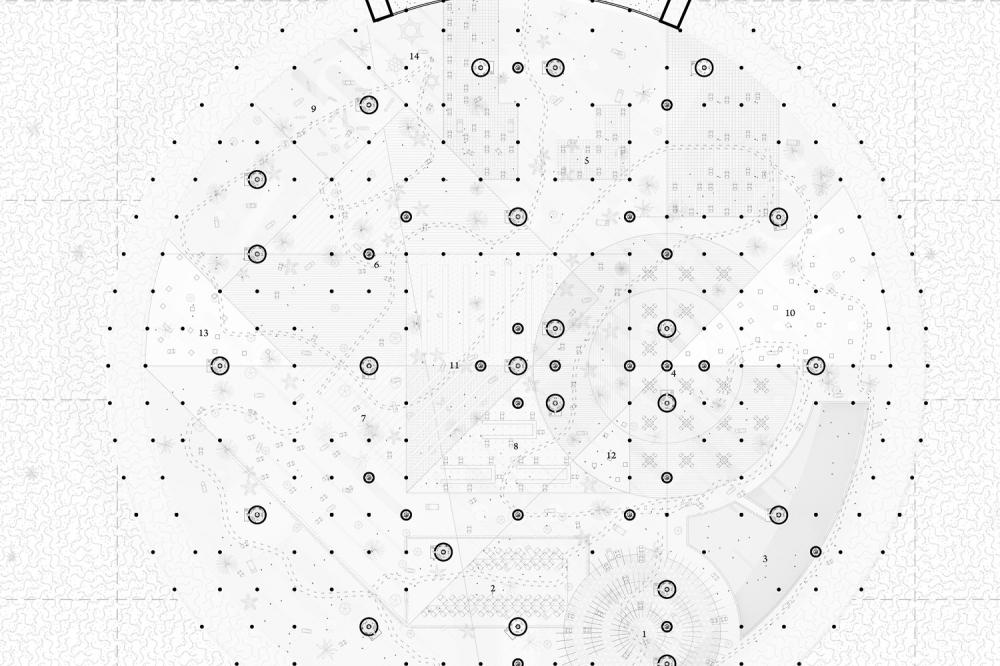 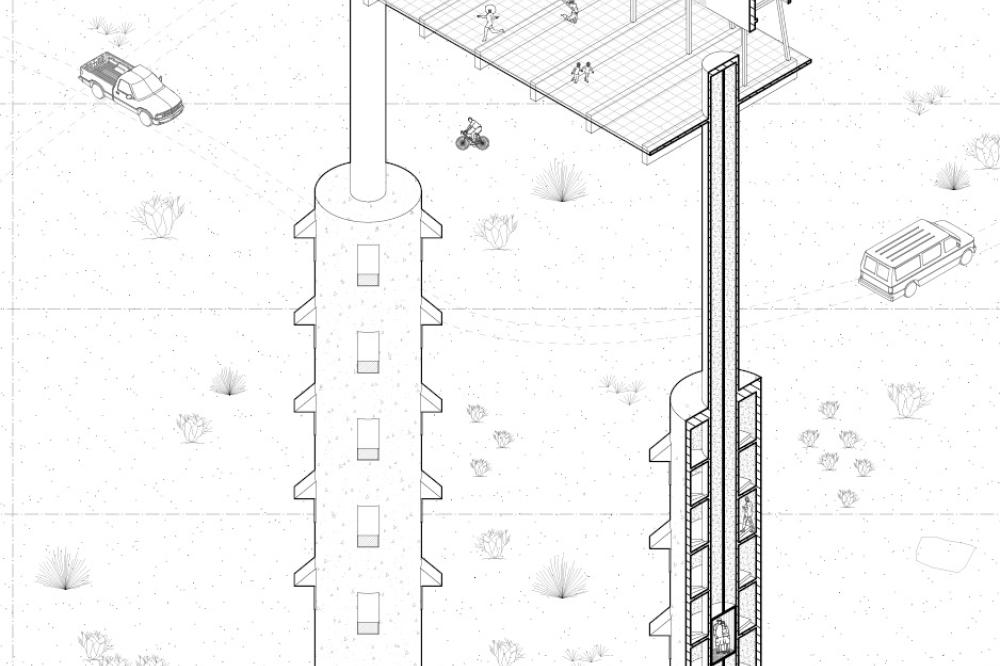 While tremendous strides for equality have been made during the 21st Century, it still seems as though many members of the LGBTQ+ community are only allowed to play niche roles within mainstream society based on their signifier (butch, fem, campy, real, etc). Tired of the implications associated with these labels, 150 queer performers flee Las Vegas to reconstruct Rhyolite as a place that is not only wiped of queer castes but allows one to assume an identity devoid of external judgment.  Reconstructed Rhyolite utilizes architecture at three different scales to distort, blur, and superimpose meaning -- wiping away preconceived ideas of what a radically queer society is/appears as.

I. Highway -- Rhyolite appropriates the tourism-driven economy of Nevada by using large, elevated follies angled towards the highway to attract visitors and produce revenue. Much like the iconic architecture of the Las Vegas Strip, these buildings warp scale and use semiotics to convey meaning. Both histories of Rhyolite are represented, and the histories distort into one overlapping narrative to be read from the highway as one circumvents the town.

II. Car/Pedestrian -- Beneath the elevated highway, follies meet the ground by way of a large infrastructural grid. This grid organizes program within the town and creates a free plan allowing cars and pedestrians to intermingle while circulating.

III. Interior -- In contrast with their gaudy exteriors, the interiors of Rhyolite’s follies house living program are not traditionally associated with the signifying form of the structure. This nonchalant attitude of the living quarters makes one question their preconceived attitude towards the town.

Long-term residents establish this community to break from an oppressive society, erase preconceived notions of identity, and embrace radical individualism and free gender expression. Visitors are able to learn the story of the Rhyolite, view the performances of the residents, and leave with a new relationship to gender and sexuality; one that is not influenced by society but constructed by their own free will.  By devaluing what society tells us to be, “Reconstructed Rhyolite” celebrates queerness and refuses to confine itself to any one criterion.