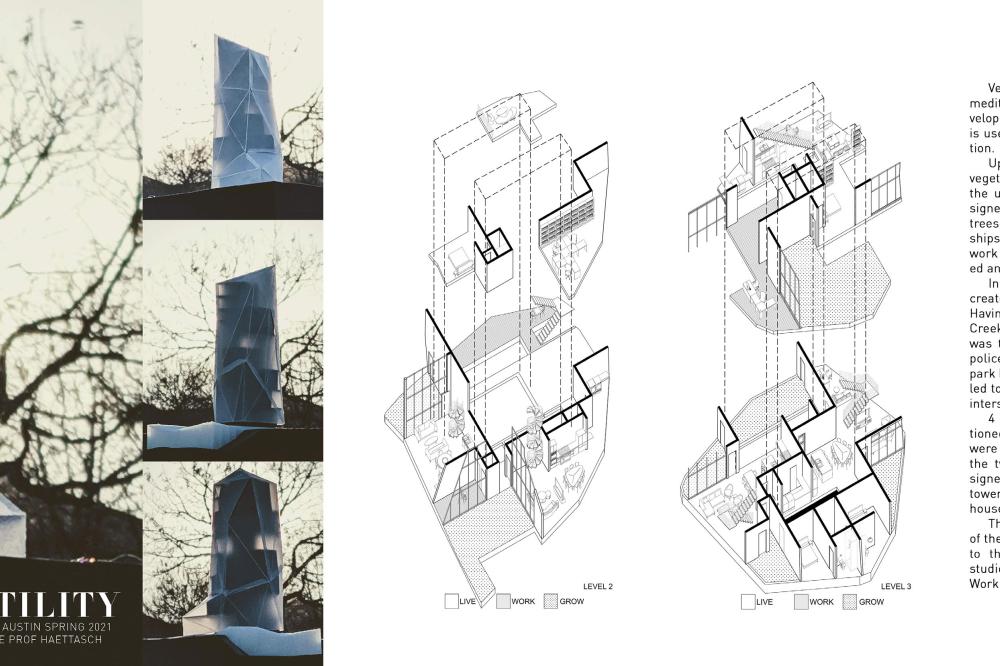 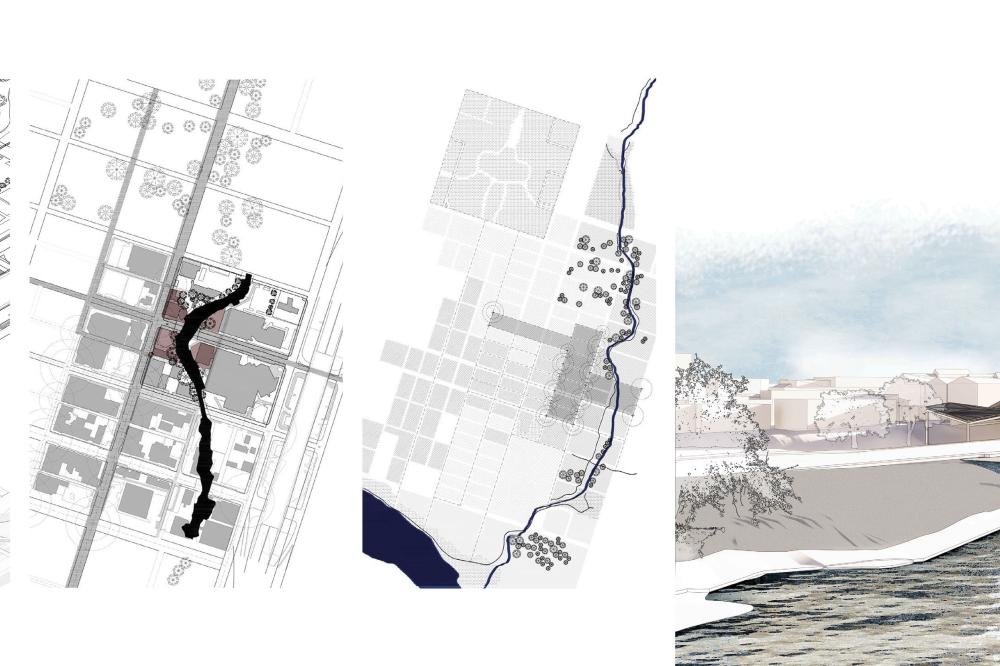 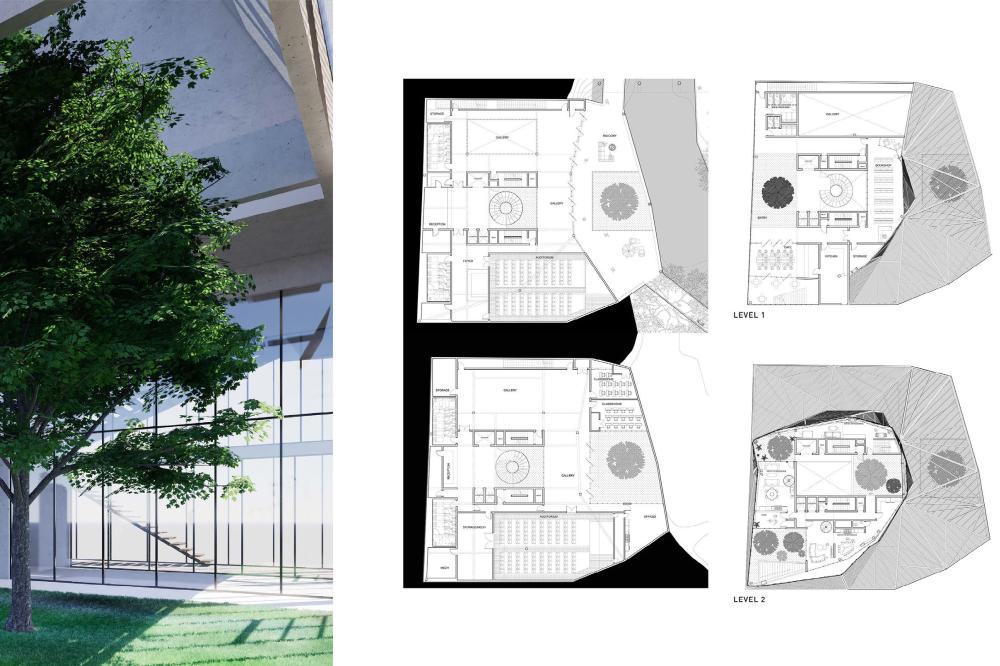 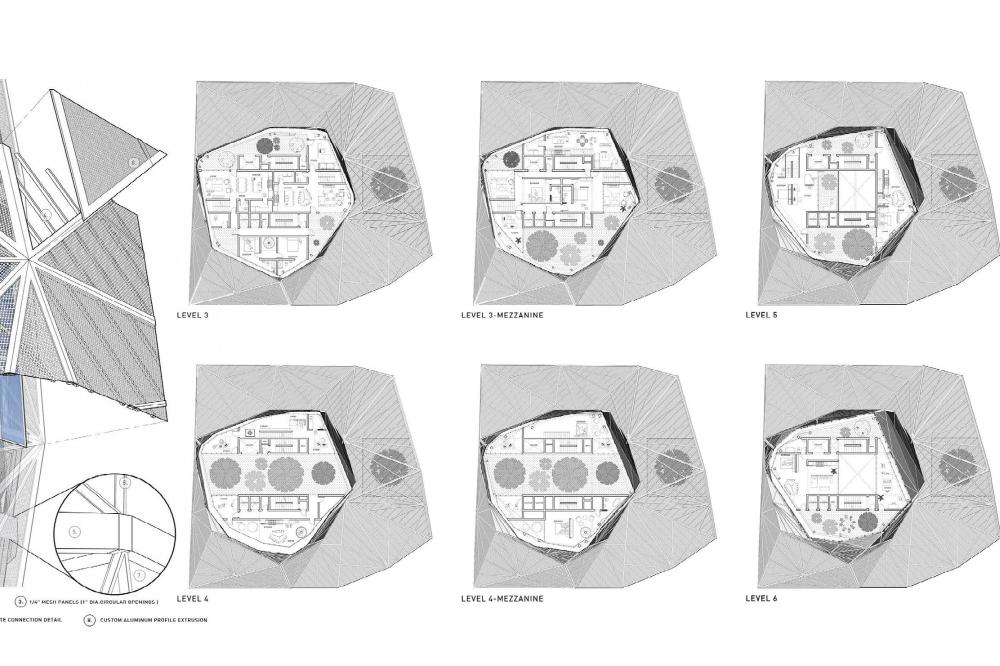 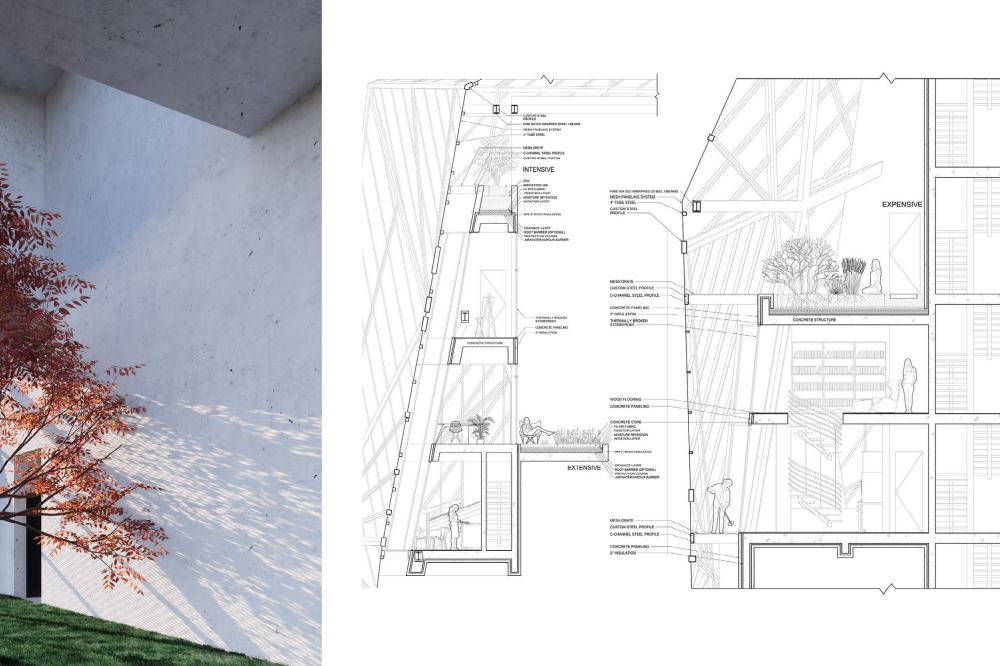 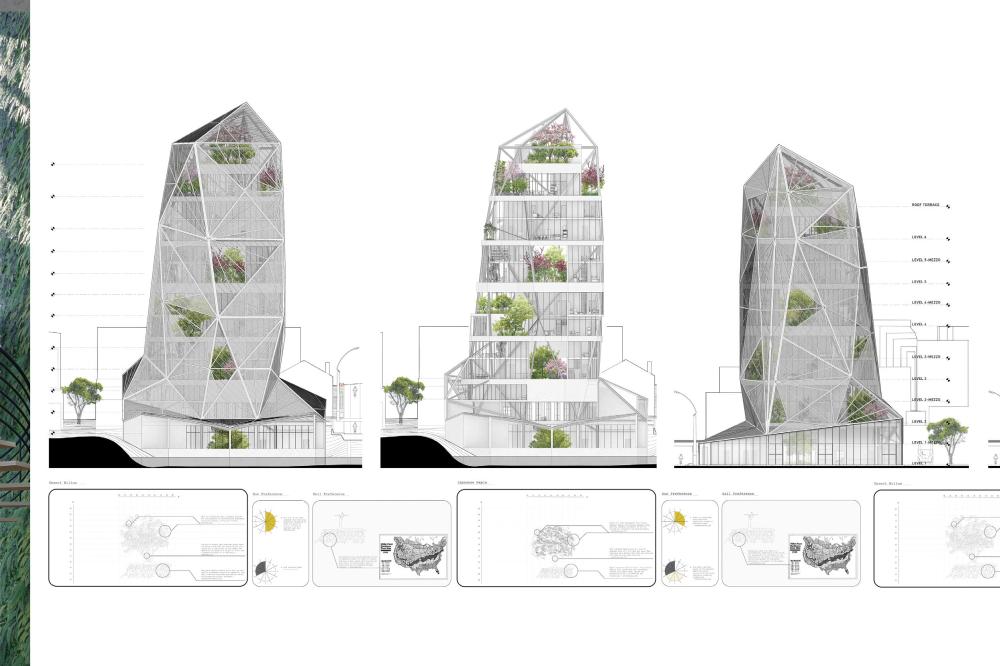 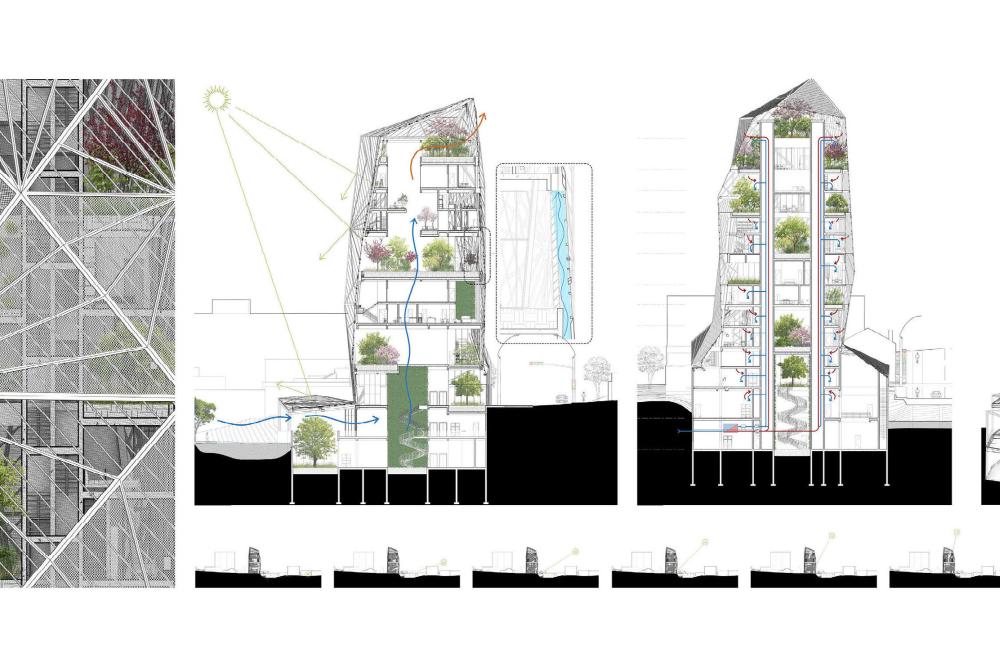 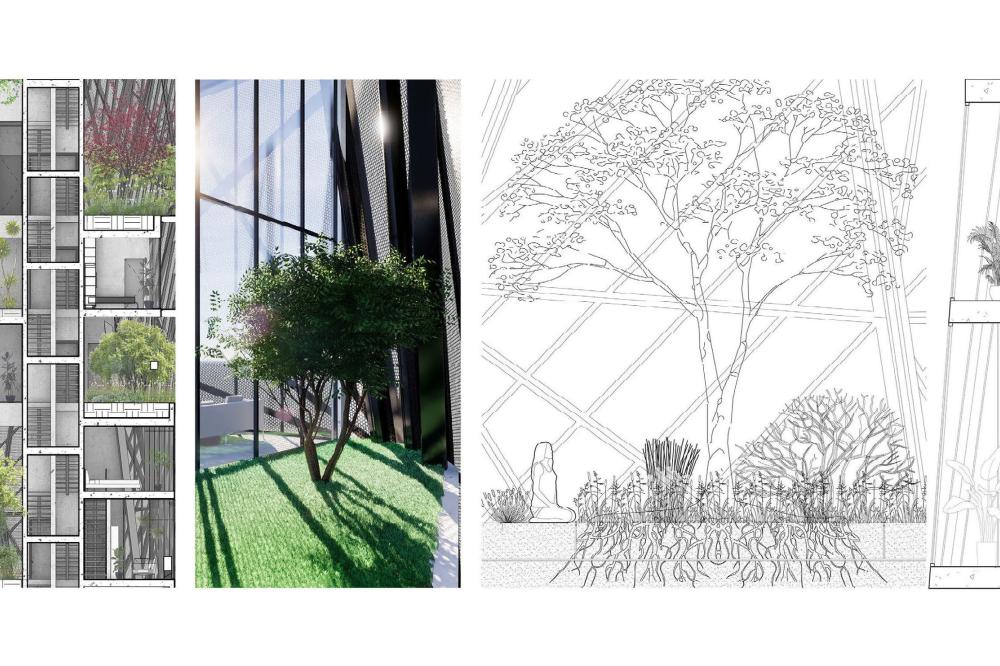 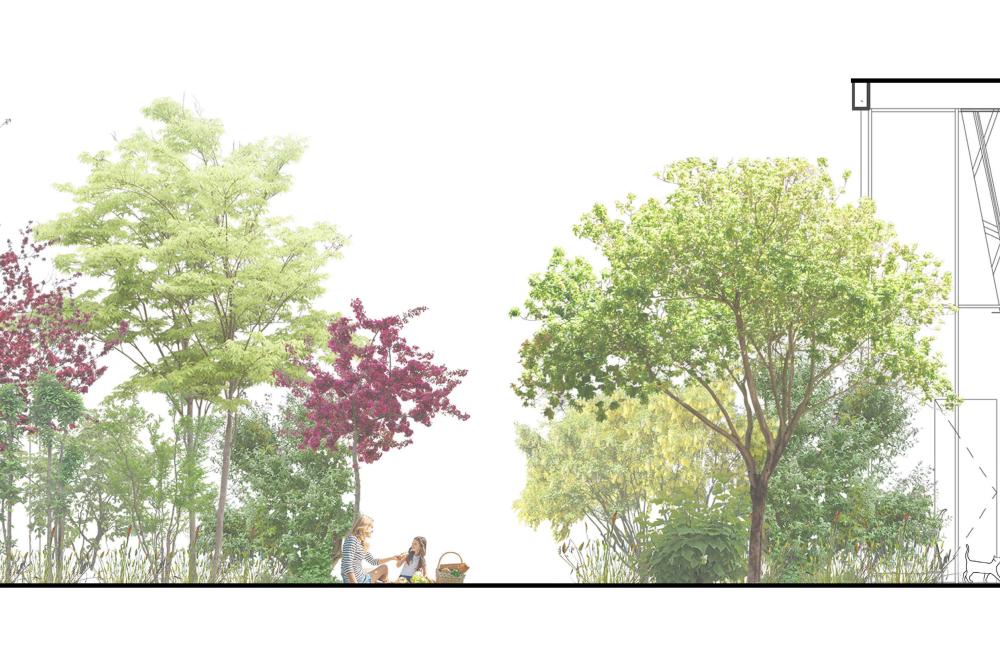 Verdant Versatility focuses using vegetation and meditative spaces as the major driver in its design development, where the integration of vertical courtyards is used as a systematic catalyst for program designation.

Upon analysis of the site, the notable presence of vegetation on an urban scale led to our conjecture that the urban fabric was inviting more intentionally designed green spaces. By mapping the locations of trees on our immediate site, as well as their relationships to other components of the urban fabric, a network of points was developed, which was then projected and developed into a 3-dimensional form.

Initially, our concept included a grand scheme to create two vertical towers catercorner across 8th Street. Having researched the plans for the future of Waller creek, a heavy influence on our initial design concept was the idea of "The Refuge," a plan to remove the police headquarters building and garage and place a park between 7th and 9th Street. This divided parkland led to the need for a stronger connection between the intersection of Red River and 8th Street.

Four Quadrants were created using the aforementioned network of points as guidelines. The Plinths were intended to be conduits of connection between the two sides of the street and their functions were designed to house the public occupancies. The vertical towers were intended for private occupancy, meant to house aspiring artists.

The spaces that would inhabit the vertical portion of the tower were developed and considered according to the programmatic functions of living quarters, studio spaces and connected courtyard space, ie: Live, Work, and Grow.